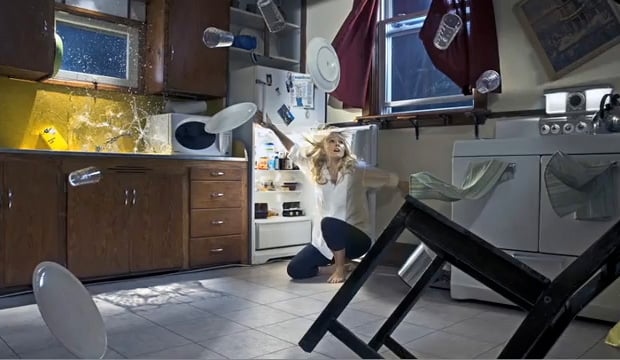 What’s neat is that rather than use fancy “Photoshopping” to add the random objects flying around, McClellan captures each element in the scene individually and merges them together into a completed piece. The technique is the same as the one we wrote about in “7 Steps to Taking Clone Photographs“.

Here’s the neat behind-the-scenes video showing how the photograph was shot:

If you have someone who can help catch things you throw around, you can try this yourself at home!