Pentax has unveiled a new “Rainbow” version of the K-x DSLR camera. The limited edition camera will only be available in Japan through Tower Records starting on July 23, 2010.

Only 1,000 of these units will be made, and each one will set you back ¥74,800 (~$800). Aside from the funky colors, the technical specifications of this camera are exactly the same as other K-x DSLRs:

The camera is part of a 2010 campaign with a “Rainbow” theme by Tower Records that also includes footwear, t-shirts, and backpacks. 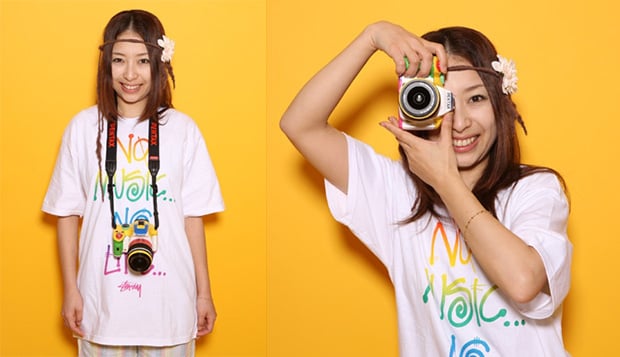 Selling strange looking cameras is nothing new to Pentax — they already allow you to customize your colors, and last year they released a limited edition “robotic” themed camera.

A Global Moment in Time on the Lens Blog

A Look Behind the Scenes with Peter Funch