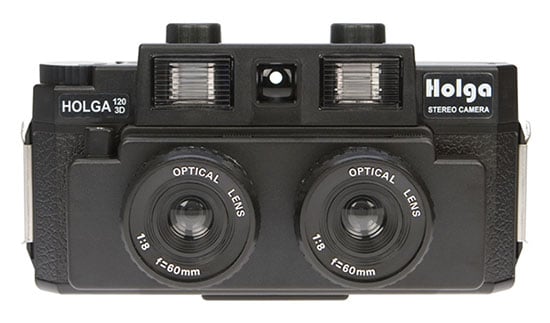 The Holga 120 3D Stereo Camera is a plastic, medium-format camera that captures two slightly offset images at the same time on 120 film. The resulting images are then viewable in stereo 3D using the special Holga 120 3D Slide Viewer. The camera itself costs $100, but for $150 you also get the 3D viewer, some 120 film, and a set of slide mounts.

If you’d prefer doing 3D photography digitally, Fujifilm’s FinePix REAL 3D W1 can do the trick, though, with an MSRP of $600, it costs nearly six times as much.