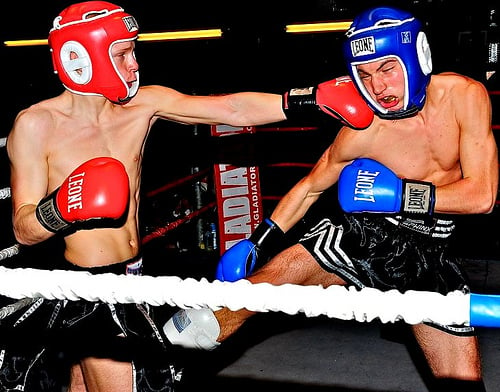 This past week we ran a poll asking our readers what operating system they mainly use. Here are the results:

481 votes were for a Windows OS compared to 606 for a Mac OS. This means roughly 49% of our readers who decided to vote use Macs, while 39% use some form of Windows.

Assuming that most people who took the time to vote in our poll are fairly serious about photography (we’re a photography blog, after all), we can say this poll is a glimpse at operating system choices among photographers.

Now lets take a look at what Google Analytics tell us about the OS breakdown of our visitors: 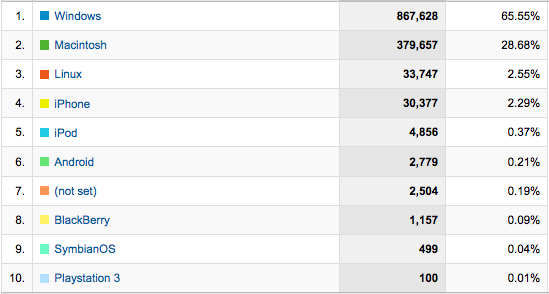 This takes into account all of our visitors, regardless of whether or not they vote. Since this includes loyal readers as well as people who simply pass by, the average interest in photography is probably much less than those who chose to vote. Windows leads 66% to Mac’s 29%.

However, this still shows that our readers are, on average, quite different from the general population. Here’s the breakdown of OS use among the general Internet population: 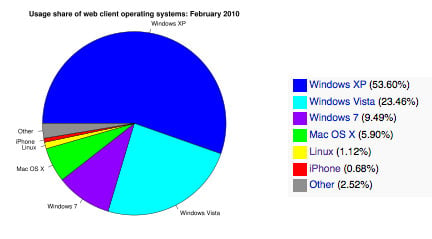 Thus, Mac jumps from having a 5.9% market share in the general population to 49% among photographers. If we were a blog read only by professional photographers, I’d expect the percentage to be even higher.

Any thoughts on these statistics?