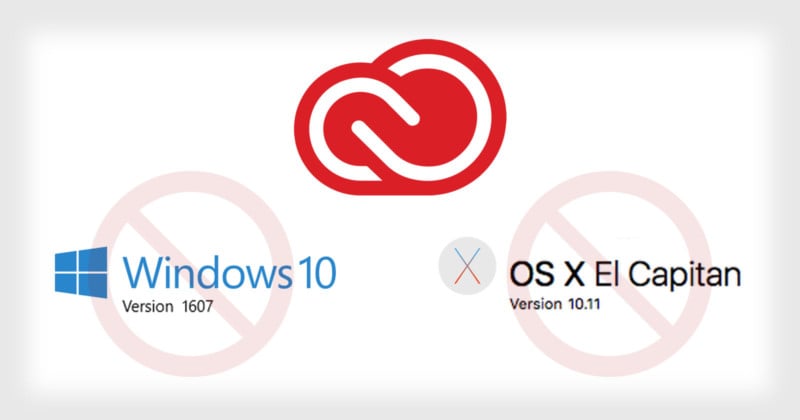 If you’re a photographer who uses Adobe Creative Cloud apps but refuses to upgrade from an older operating system version, there’s trouble looming on the horizon. Adobe says the next major release of Creative Cloud won’t support older versions of Windows and Mac OS.

Adobe says that forcing its users to be on the newest versions of the operating systems will allow apps to “take advantage of the latest operating system features and technologies.”

If you’re on an older OS version that isn’t supported by the next update, you’ll still be able to run and install the current and previous versions of Creative Cloud apps that are already released today.

The Creative Cloud Desktop software that manages app installs will continue to work on older OSes (at least Windows 7 and Mac OS X v10.9 Mavericks) even after the next major CC release.

“Focusing our efforts on more modern versions of Windows and Mac operating systems allows us to concentrate on developing the features and functionality most requested by members, while ensuring peak performance that takes advantage of modern hardware,” Adobe says.

(via Adobe via The Digital Picture)

Update on 9/1/18: Adobe now says that it’s only Adobe’s video and audio apps that won’t be supporting Windows 7, while Photoshop and Lightroom will continue to support it.