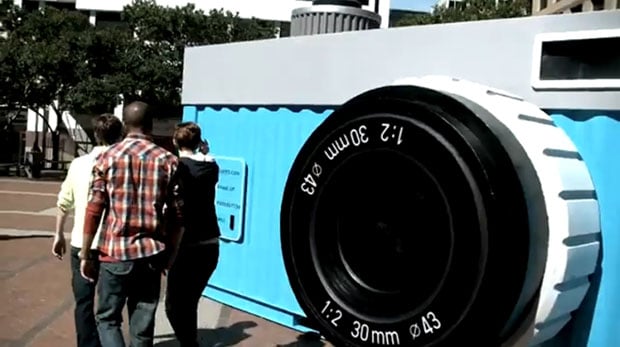 There’s a new video on YouTube showing a gigantic shipping container camera promoting a Samsung camera. In the video, bystanders can actually use the “camera” by inserting some money into a coin slot, and then having someone jump onto the massive shutter button on top of the shipping container. The resulting photograph is then displayed on a gigantic screen atop a nearby building.

It looks like this whole thing is simply a viral video created by Samsung. Here are some indicators:

Anyhow, fake or not, it’s a pretty fun idea. If only they actually created something like this (albeit safer) in some big city.