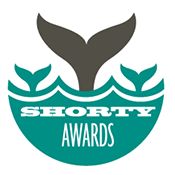 The Shorty Awards now have a prize dedicated to Twitter photography: The Shorty Award for Real-Time Photo of the Year. The winner of the award will be invited to the special awards ceremony on March 3rd, 2010 in New York City.

Candidate photographs are nominated through the website, and must be cameraphone photos shot in 2009 and distributed on Twitter through one of the popular social media channels (i.e. Twitpic, Flickr, etc…). The nomination phase ends on February 5th, 2010.

An obvious favorite to win is the following photograph by Janis Krums of US Airways Flight 1549‘s successful ditch in the Hudson River on January 15, 2009: 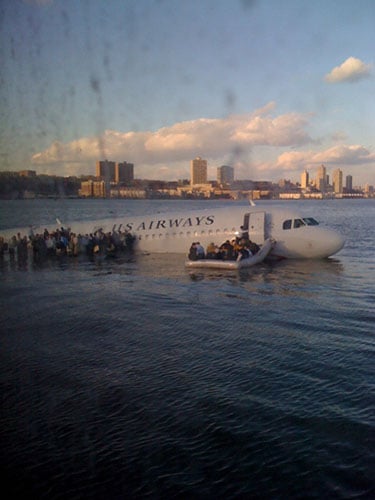 Krums was on the ferry sent to pick up the passengers, and sent the tweeted the photo via Twitpic from his cameraphone. Here’s a screenshot: 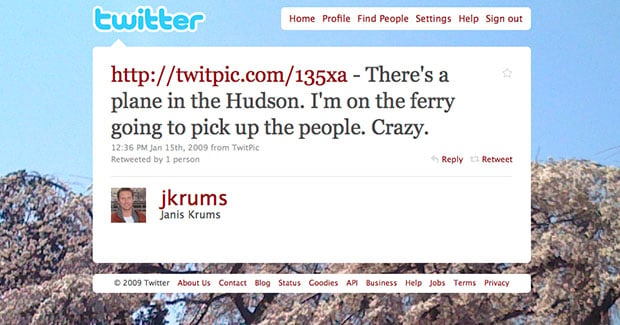 What made the tweet and story particularly noteworthy was that the real-time nature of Twitter allowed the photograph to circulate widely before any mainstream news sources were able to obtain photographs. We’re guessing this is exactly the type of photo the new Shorty award would like to honor.

The ubiquity of cameraphones combined with real-time distribution offered by Twitter has changed the world of photography. When something happens in one part of the world, people can now see it all over the world almost instantly — if someone with a cameraphone and Twitter account is nearby.

Can you think of any other candidate photograph for the new award?

And the Tamron Superzoom Goes To…