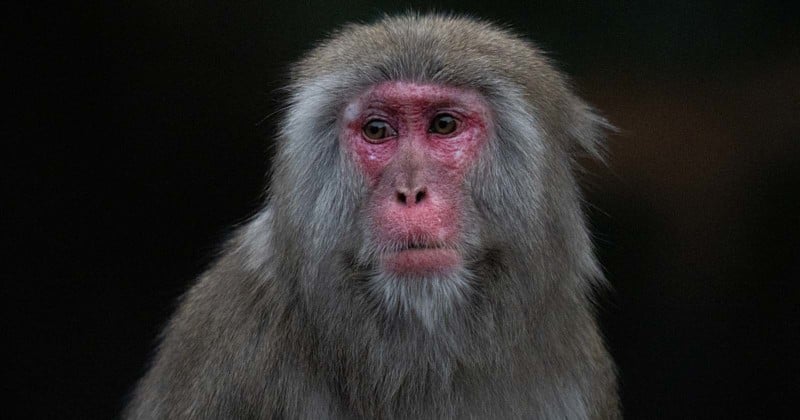 The Sigma 60-600mm for Sony E-Mount is a versatile, compelling, and unique lens with a mindblowing 10x optical zoom range. As with any all-in-one lens, it’s not without its compromises, and the $2000 price puts it up against Sony’s native FE 200–600mm f/5.6–6.3 G OSS, even though the Sigma has a more versatile zoom range.

Author’s Note: I’ve been testing the 60-600mm F4.5-6.3 DG DN OS Sports Lens and am working on a full review of the lens. These are some impressions of my early tests of the lens and image samples. You can find more images, and more thoughts about this lens in my YouTube video below.

In its announcmeent, Sigma said the lens is designed specifically for “sports, wildlife, and safari.” It might seem odd to call out both wildlife and safari in the same sentence, but having recently gone on my first safari, I understand where Sigma is headed. 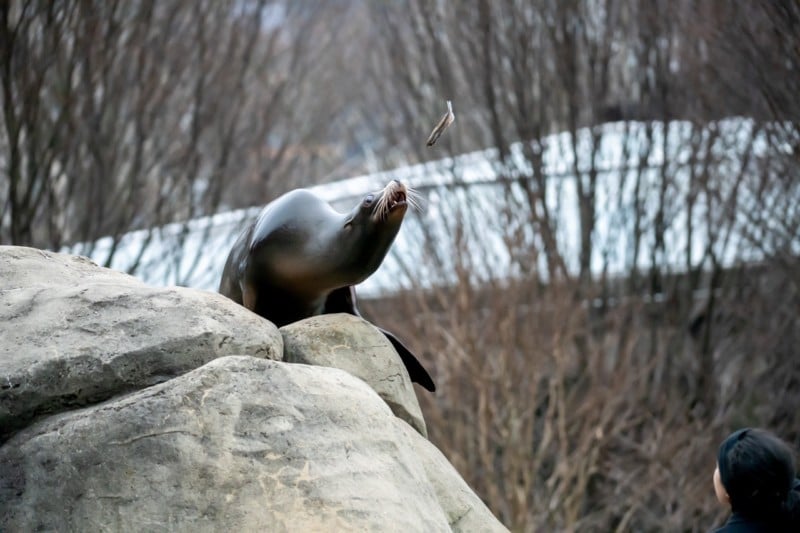 A typical safari includes a wide range of subjects, sudden encounters with animals, and photography from moving vehicles. Traveling in Botswana with the Sony 100-400mm f/2.8 G Master and the 1.4x Teleconverter, I sometimes found myself trying to remove the teleconverter as slowly and quietly as I could to photograph a hyena or elephant that strode up to the jeep. There were times when the 100mm was surprisingly too long, but the other lenses I had were too wide. 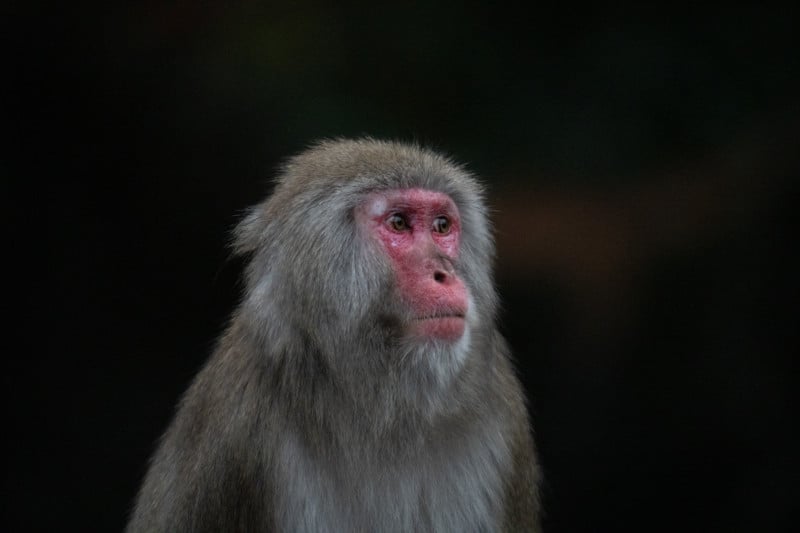 I didn’t bring the 200-600mm Sony G lens primarily out of a lack of availability at the time but also because there are severe weight restrictions on luggage on most safaris due to the need to travel between locations on small planes or helicopters. A 100-400mm and a teleconverter gave me a wider range of available focal lengths than if I’d only brought the 200-600mm. 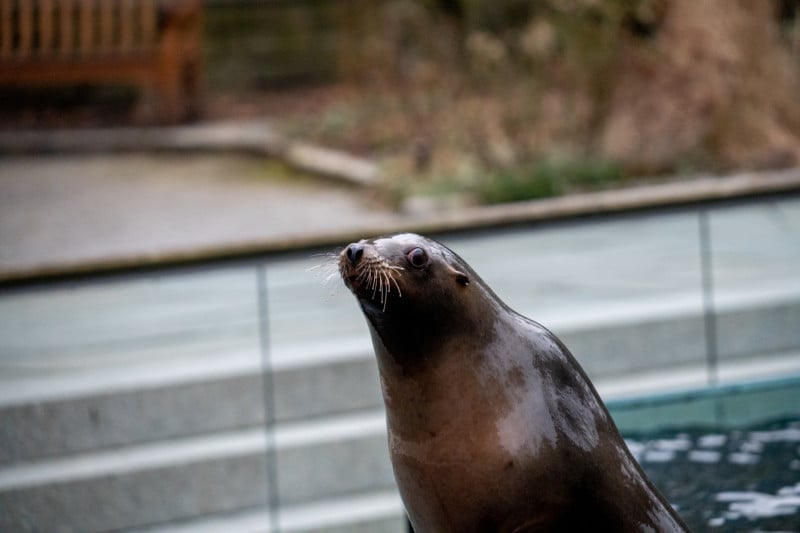 Sigma’s 60-600mm focal length seems custom-tailored to serve the wide range of needs a photographer will face on a safari and still fits within the weight limits. This doesn’t mean that the Sigma 60-600mm is a wrong choice for other types of photographers, but rather that the traveling photographer, to keep to the fewest number of lenses while not sacrificing focal lengths, will see the most benefit. 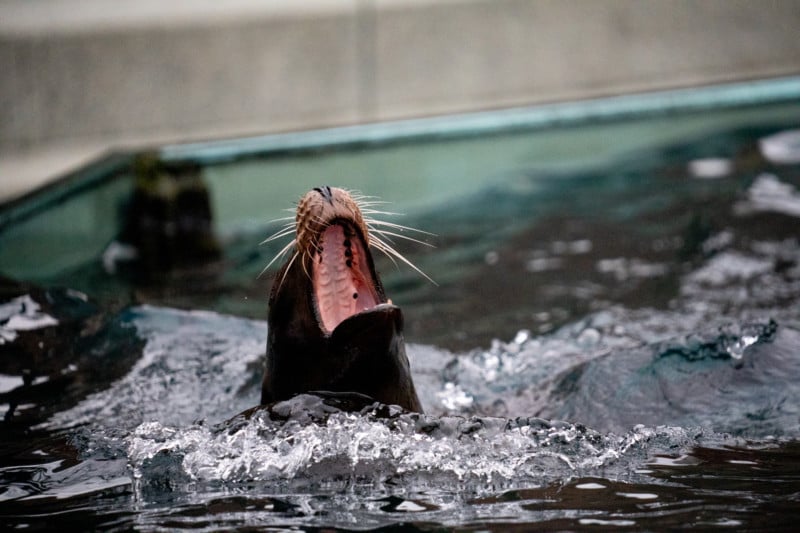 I’ve been shooting and reviewing Sigma’s Sports lenses since Sigma launched the line, and they’ve always functioned well. However, as with most third-party lenses, the autofocus performance has never been as robust as native sports lenses.

Sigma has traditionally made up for this by offering a unique focal length in their lenses at a lower price and with the same or better image quality than comparable lenses.

That tradition is carried on — and then some — with this new Sigma 60-600mm. It certainly provides a range of focal lengths I never even contemplated seeing in the same lens, let alone using, and after a few shoots with it, I’ve been impressed with the lens’s versatility and its value for the target customer. 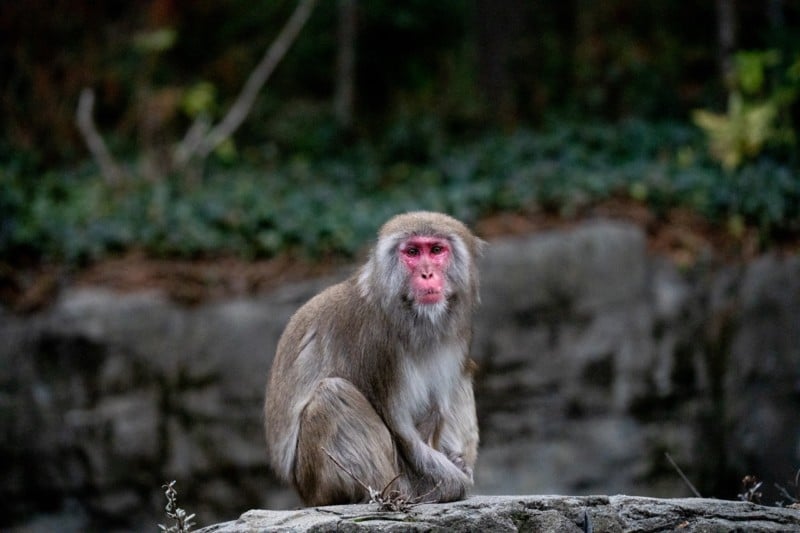 That’s a long way of saying that this is not the lens I’d select if I were a full-time sports or wildlife photographer. In those cases, I’d pick the Sony 200-600mm G lens, as the focus speed in that lens is lightning fast, and the internal focusing mechanism on the 200-600mm makes it easier to hold and use than the extending focus system on the 60-600mm Sigma.

Extending zoom lenses are those where the barrel extends or contracts to change the focal length. Internal zoom lenses are a fixed size, and the optics inside the lens move without changing the lens length.

Most sports and wildlife photographers dislike extending-zoom lenses. The issue with super-zoom lenses that extend is that the center of gravity shifts along with the lens extension, making it front-heavy and challenging to comfortably balance. At five and a half pounds, the lens is already hard to hold when in its most compact wide-angle setting, but at 600mm, the lens nearly doubles in length, which can be problematic both for handheld and tripod use.

The lens makes up for this handholding difficulty with six stops of vibration reduction at the long end (seven at the widest setting) which certainly helps offset the shake that is typical at 600mm. 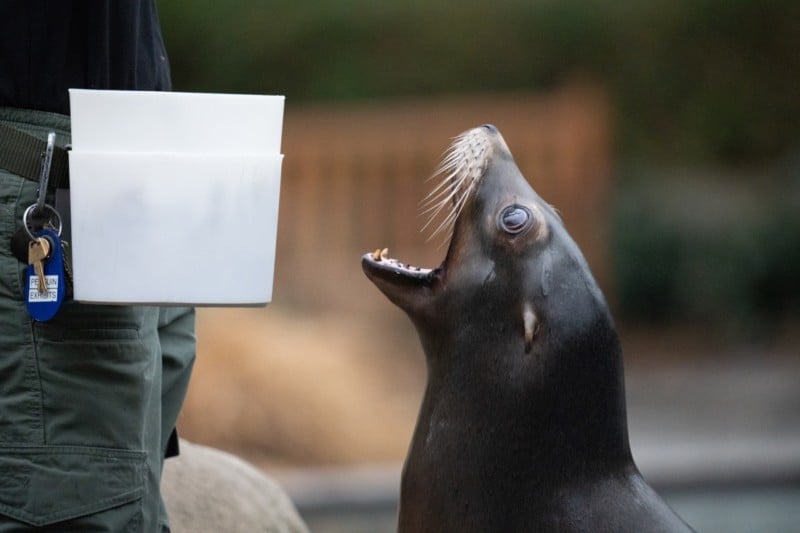 Even with the weight and balance of an extending zoom, I found the 60-600mm pretty easy to handhold, and at the zoo, I leaned against a railing or a support beam to make shooting easier. Using this lens on a safari would be no problem, though, as there’s always a jeep to sit in or lean against, and you don’t have to carry the lens in your hands all day.

Even when shooting airshows, something I often did with the Sigma 150-600mm for Canon, the weight and balance wouldn’t be an issue because I shoot bursts at a time as the planes perform certain tricks and lower the lens when they’re out of range.

Sigma equipped the 60-600mm with what it calls Dual Action Zoom: the lens can be zoomed by turning the AF dial or “grasping the tip of the lens.” This Dual Action Zoom is incredibly helpful and changed my thoughts about the lens zoom possibilities. 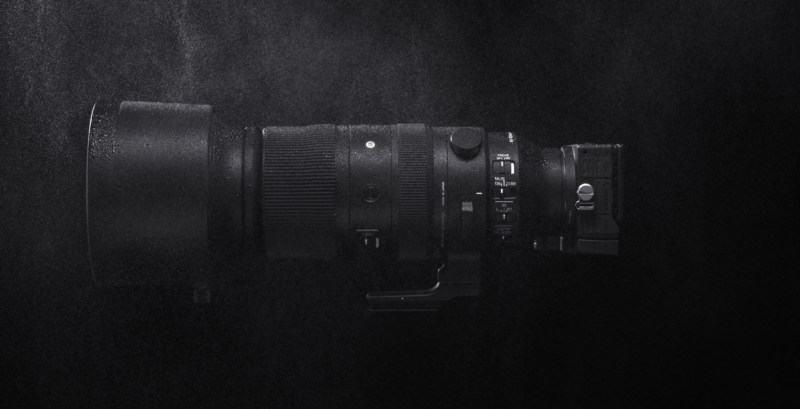 Sigma doesn’t mean you can pull the lens outward by holding the hand-friendly front collar of the lens and pushing it forward or backward. This motion also turns the zoom ring and makes for quick and intuitive focal length changes—one point to Sigma for ingenious design, but two demerits for how this is described.

My longest time with the lens was spent at the Central Park Zoo, which gives me a nice set of consistent subjects. My favorite is the sea lions and the snow monkeys, as they are both challenging to capture yet offer rewarding images when a system works well.

Sea lions pop out of the water without any notice and then disappear below the surface as quickly as they appeared—a demanding test for any focusing system and more channeling for an eye-detect system.

Snow monkey faces look like human faces, but they’re flatter and have different proportions between the eyes, nose, and mouth, which tests both animal and human eye-AF.

These first tests were on the Sony a7R V, using the subject recognition focusing, and at first, I thought the lens was missing focus on most of the shots because the viewfinder didn’t display the eye AF box very often. It appeared so infrequently that I checked my settings several times to ensure I was in the correct subject recognition mode. 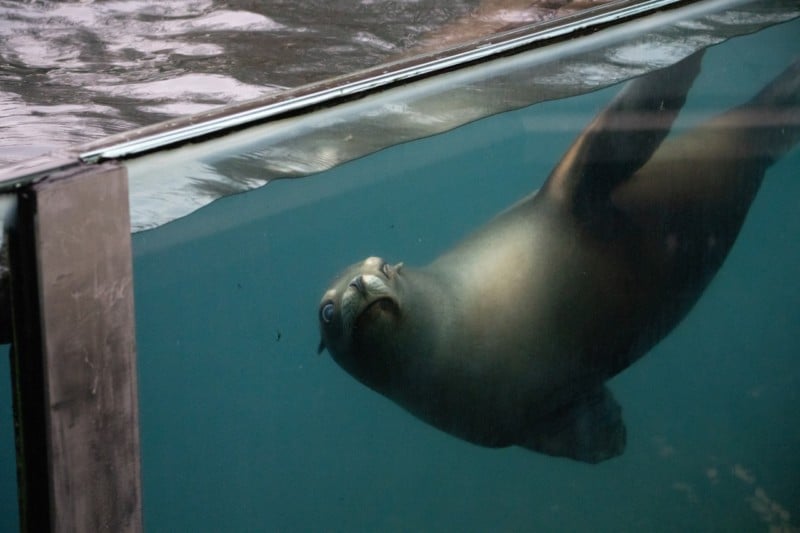 Upon review, I found that most images were not only in focus but in focus with an extraordinary level of detail. The high-end elements that make up the Sigma 60-600mm Sport complement the 61-megapixel sensor in the a7R V.

I’m not sure if there’s a lack of communication between the third-party Sigma lens and the camera or if the camera were too busy focusing and writing image, but it was nailing the shots (I did not have a CFexpress Type-A card with me, so the lack of feedback might have been because the camera had to spend more time recording images). 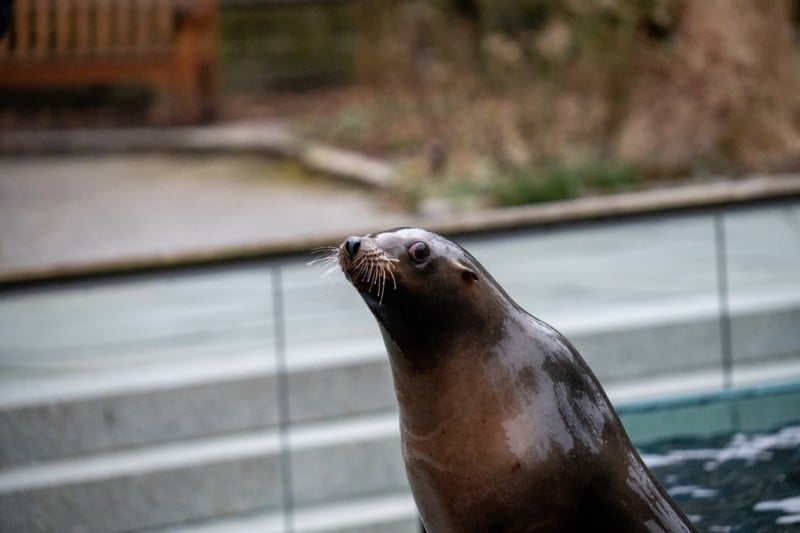 If you told me years ago that a company’s “portrait” camera with a super-high resolution and a third-party lens could focus better than any DSLR I used in my sports photography career, I would not have believed you. If you’d told me that the combo would produce some of my favorite images I’ve ever shot of sea lions (one of my favorite animals), I’d definitely not have believed you. Yet here we are.

The sea lions were tracked with fantastic precision, with eye detection that I did not expect based on the lack of visual confrontation in the viewfinder. Open eyes, closed eyes, squinting eyes, the camera, and the Sigma found them all.

In my full review, I’ll go into more detail on this shoot and the snow monkeys, but the images are, again, some of my favorites. 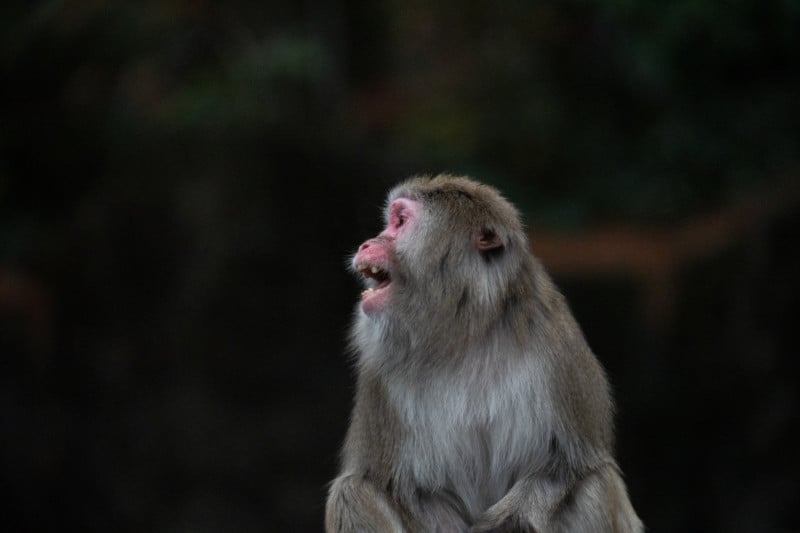 Also surprising is how nice the images look, considering how awful the lighting was. My Central Park Zoo trip began at 3:30 PM on a winter day with heavy overcast skies. I kept shutter speeds as low as possible to avoid shooting at high ISO, but even then, the ISO ranged around 6,400, and despite grain in the backgrounds, the subjects were clear and sharp.