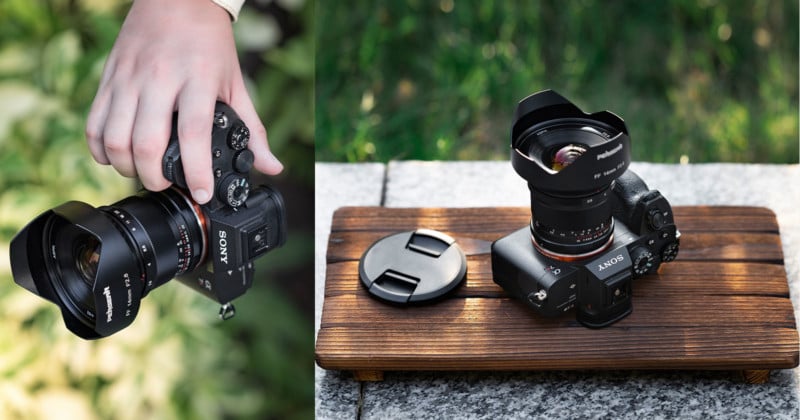 The new lens is designed for full-frame mirrorless cameras, specifically for Sony E-mount, Nikon Z-mount, Canon RF-mount, and Leica L-mount, but the company says it can also be used with APS-C models where it provides a 21mm equivalent focal length. 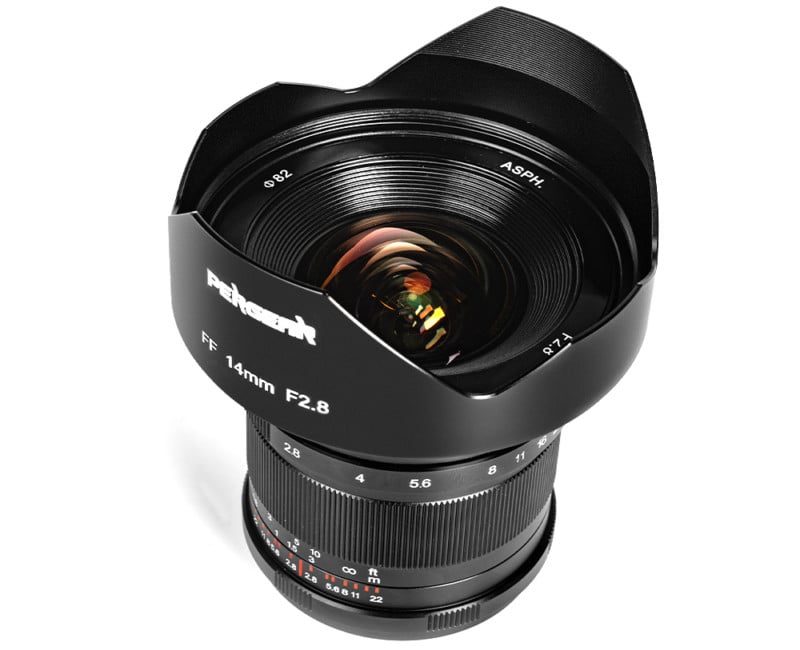 The optic features an aperture range of f/2.8 to f/22 via a 10-bladed diaphragm. Pergear says that “bright” f/2.8 aperture is designed to suit work in a variety of lighting conditions and also for controlling depth of field and isolating subject matter.

That aperture is controlled via a clicked manual aperture ring. On that note, the all-metal lens is entirely manual and does not have any electronic connection with an attached camera, likely the reason Pergear is able to release it for Canon RF-mount, since Canon does not currently license its mirrorless mount to any third-party manufacturers. 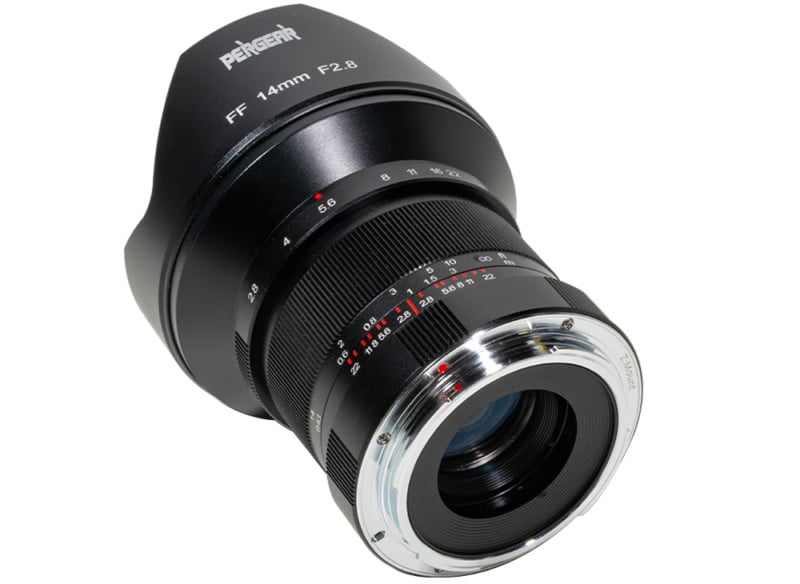 Pergear says that the lens has “very little focus breathing” as well. It weighs 500 grams and measures 66mm by 87mm in size.

The front of the lens, which accepts 82mm filters, has been treated with a multi-layer coating that Pergear says suppresses flare and ghosting and provides greater contrast and color fidelity when working in “strong lighting conditions.”

When used on a full-frame camera, the 14mm f/2.8 features a 114-degree angle of view that, paired with the lens’s rectilinear design, results in what Pergear claims is minimal distortion that allows the lens to be used in both landscape and architecture applications.

Below are a few sample photos captured with the 14mm f/2.8 lens: 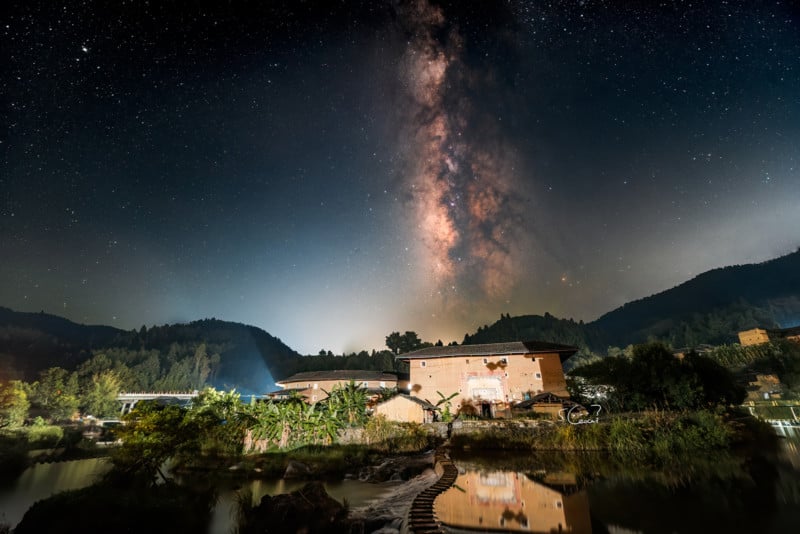 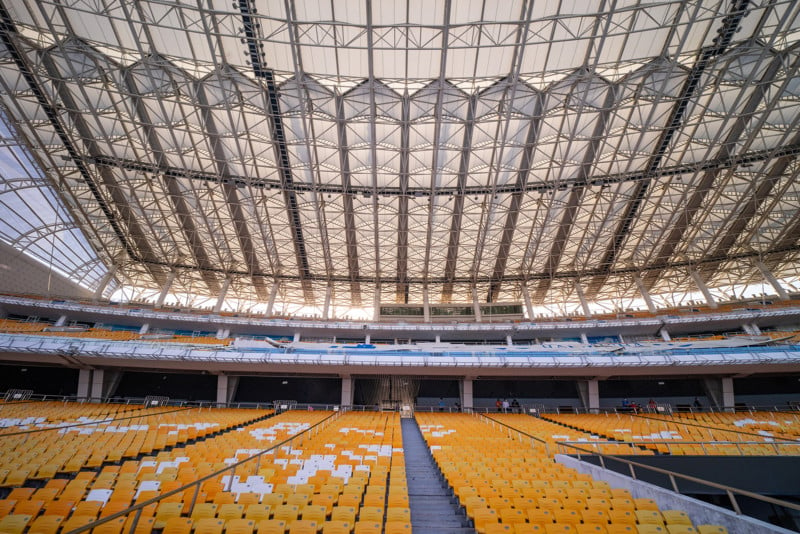 The Pergear 14mm F2.8 Full-Frame Manual Lens is available directly from the company’s website in any of four mirrorless mount options for $270.