Irix has announced a second version of its 150mm T3.0 cinema lens called the 150mm T3.0 Tele. It doesn’t replace the previous version, but makes it more usable for a wider audience by improving the focus and aperture range and removing the macro designation.

The first generation Irix Cine 150mm T3.0 Macro 1:1 lens was released in 2019 and while the company says it was well received, the fact it was designed for macro made its focusing range extremely precise, but small outside of macro situations. Since the lens was being used for more traditional situations, Irix decided to produce a new version of the lens that was better suited to that environment and while it is optically and mechanically very similar to the 2019 version there are two important distinctions:

First, the focus range has been modified and starts from 0.67 meters (26.378 inches) which Irix says allows for much greater precision in the movement of the focus ring in the range from two meters to infinity. The range of the ring’s movement has remained unchanged at 270 degrees. 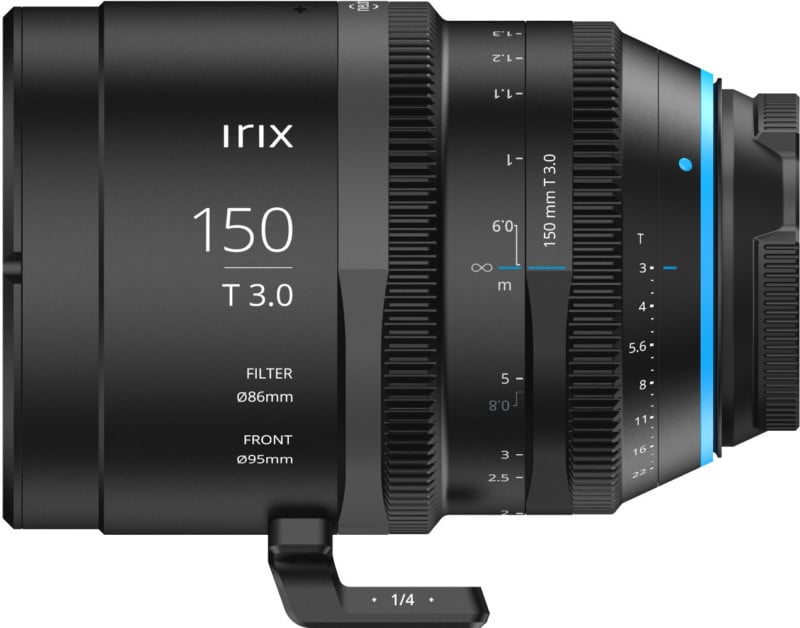 Second, the aperture range of the lens has also been changed and the maximum value of the new “Tele” version is now T22.

The Irix 150mm T3.0 Tele features 12 optical elements arranged in nine groups, including four HR elements and 3 ED elements, which Irix says allows the lens to have enough resolving power for up to 8K video productions. The company says that the combination of the 150mm focal length and the 11-bladed iris diaphragm provides “spectacular bokeh” and thanks to the T3.0 aperture, filmmakers can achieve excellent subject isolation. 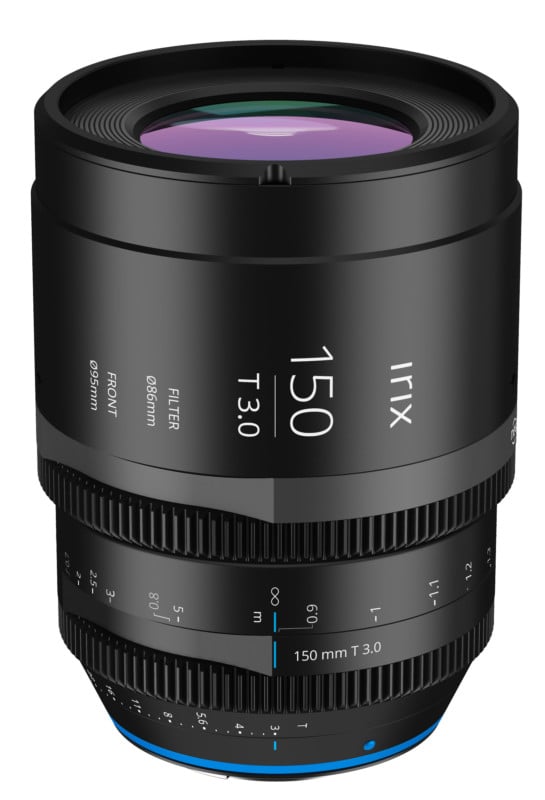 “The optical construction of the lens ensures excellent image sharpness, but with soft tones and a characteristic, subtle glow – this is what the unique, cinematic Irix look looks like,” Irix says.

The lens has some weather sealing, including five rubber o-rings at what Irix describes at “crucial” points. Of note, the PL-mount version only has four o-rings.

As it is a cinema lens, the optic is compatible with 95mm diameter matte boxes, uses a front 86mm filter thread, and supports follow focus rigs via built-in gears (119 total on the focus ring, 110 total on the aperture ring). 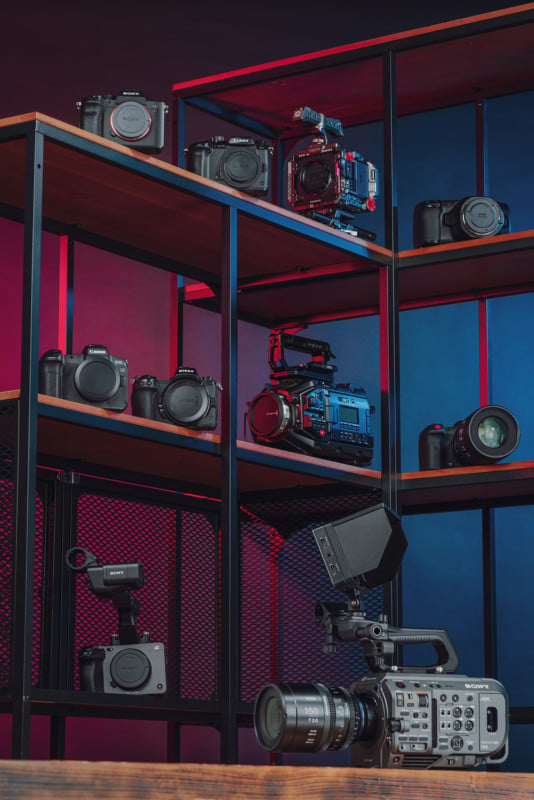