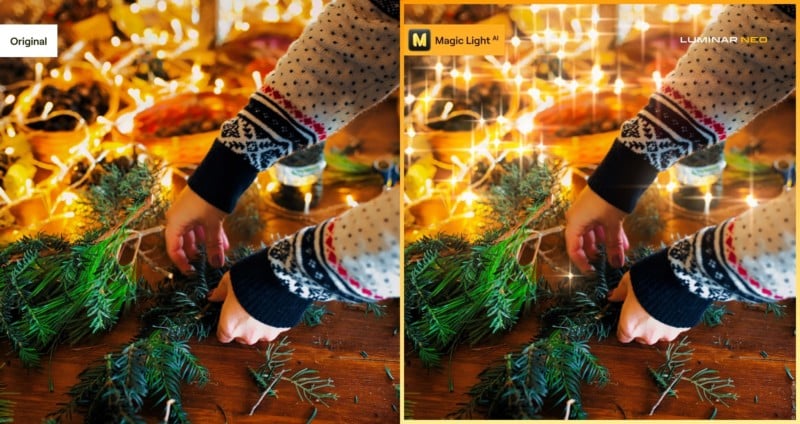 The company says that Magic Light AI allows photographers to adjust the shiny, glowing beams of light to bring in a bit of a “magical mood.” It works by allowing editors to manipulate multiple light sources in the photo and works best with artificial sources of light, like bulbs, street lamps, fairy lights, et cetera.

Skylum says that the artificial intelligence portion of the tool, hence the “AI” in the name, comes from its ability to recognize light sources. The company says that the neural network in the core of Magic Light AI analyzes a photo, looks for any points of emitting light, and then gives the editor the ability to make that light more intense, add beams, or add glow.

The tool has multiple sliders to provide an editor with more control over the end result, including Intensity, Size, Number of Beams, and Beam Width along with brightness, glow, clearness, and rotation.

“Magic Light AI is perfect for holiday photos, as enhancing the look of small decorative lights can bring a festive mood to any scene,” Skylum says. “When applied correctly, this tool adds a magical glow, making the whole image more enchanting. It’s also great for after-hours street photography, as it can help create visual accents with street lamps in the night city, and it even works for indoor photos with light bulbs (incandescent or Edison-style LED are the best). On top of that, Magic LightAI is a useful tool for adding drama to photos of cars, bikes, and other transport by adding beams of light to headlights and reflectors.”

The company provided a few examples of what the tool does to different photos and lights: 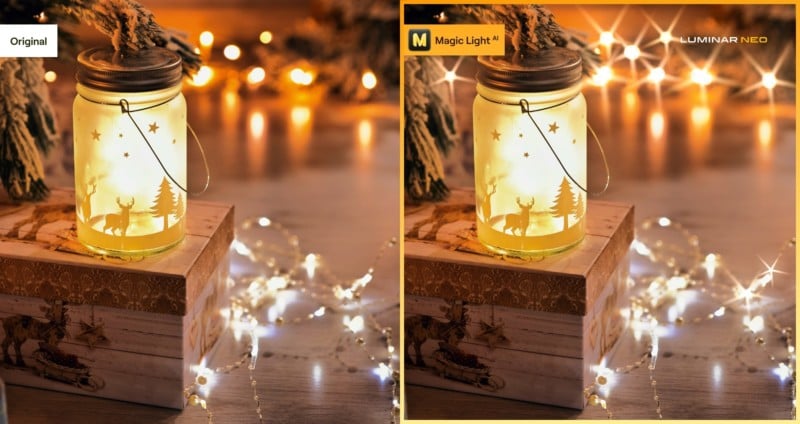 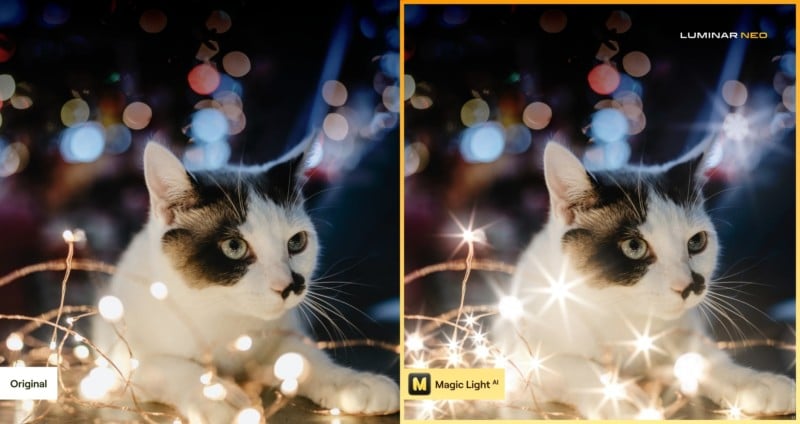 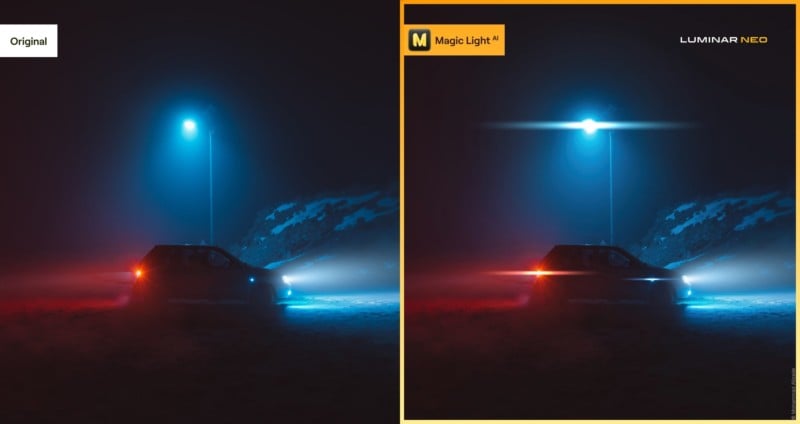 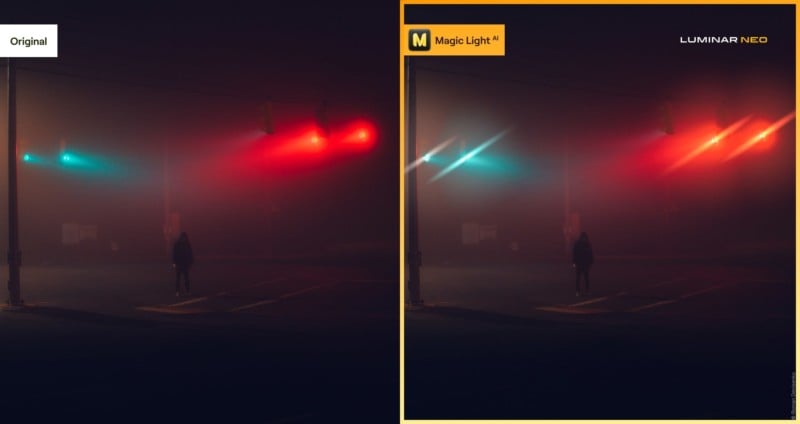 Magic Light AI joins six other extensions that Skylum has released in 2022, including HDR Merge, Noiseless AI, Upscale AI, Background Removal AI, Focus Stacking, and Supersharp AI. The addition of Magic Light AI concludes the company’s promise to release seven extensions to the platform by the end of the year.

Pricing for the individual extensions isn’t particularly clear, though there are both subscription and perpetual licenses available to peruse on the company’s website.