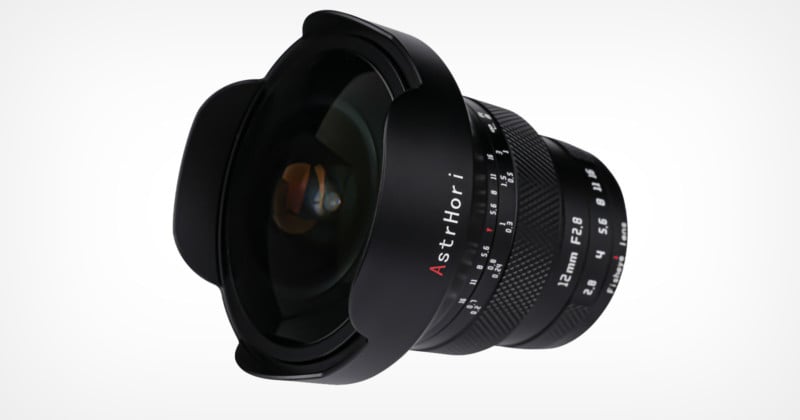 The new ultra-wide lens is constructed of 11 elements arranged into eight groups. It features a close focusing distance of 0.2 meters (about 7.9 inches) to infinity and a clicked aperture ring that controls a five-bladed diaphragm that allows a range of f/2.8 through f/16. The lens is about 90mm wide by 100mm long (about 3.5 by 3.9 inches).

While no mention of any special optical elements were noted by AstrHori in the construction of the lens, the company does say that the front element has been treated with a “multi-layer coating” that it says suppresses flare and ghosting while also allowing for greater color fidelity when working in strong lighting conditions. 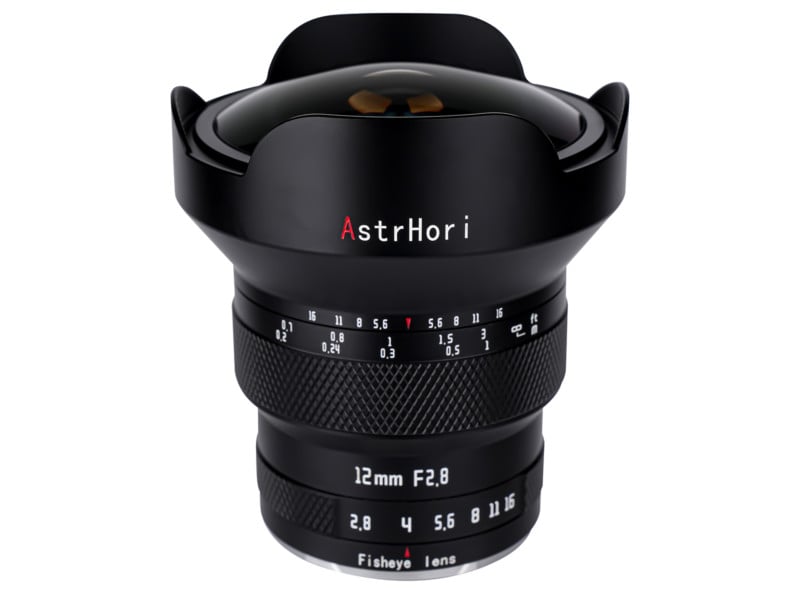 On full-frame cameras, the lens has a 185-degree angle of view and AstrHori says that large viewing angle is well-suited for travel, landscapes, panoramas, nighttime scenes, and more. The company says that once the extreme distortion is corrected for in post-production software like Adobe Photoshop or Lightroom, the lens can create dynamic ultra-wide angle photos.

The 757.5-gram fisheye lens is a manual-only optic, which means it also does not have any electronic communication with the camera. That is probably expected, however, given that the lens is being offered for the Canon RF mount — a full-frame camera mount that Canon does not currently license to third-party manufacturers and who actively goes after any lens makers who reverse engineer it. Canon does not appear to have a problem with fully manual lenses, however. 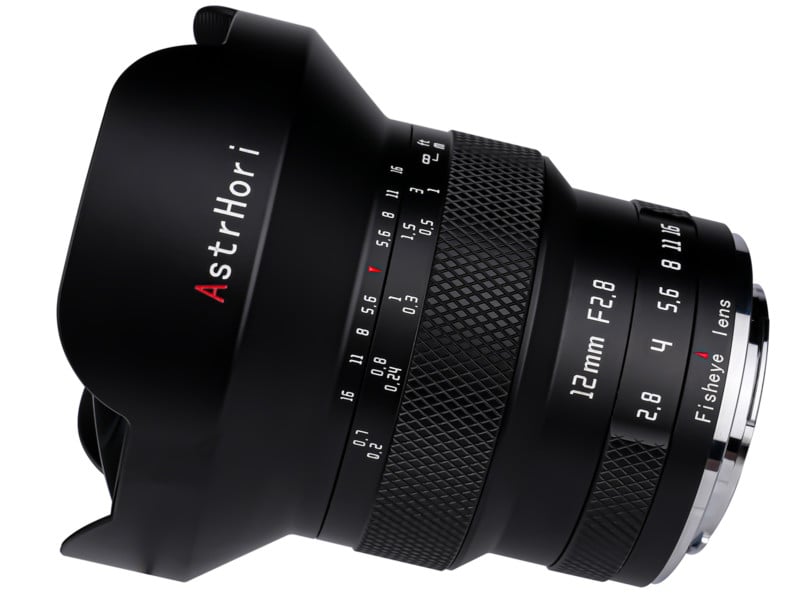 “The aperture ring is stepped with the right amount of resistance, marking full stops from f/2.8 to f/16,” AstrHori says. “The all-metal lens barrel features an engraved depth of field and focuses scales, Additionally, a metal lens mount also offers increased durability between the lens and camera.”

Below are a few sample images taken with the lens, though AstrHori does not mention if these images have been corrected in any way by the photographer in post-production software.