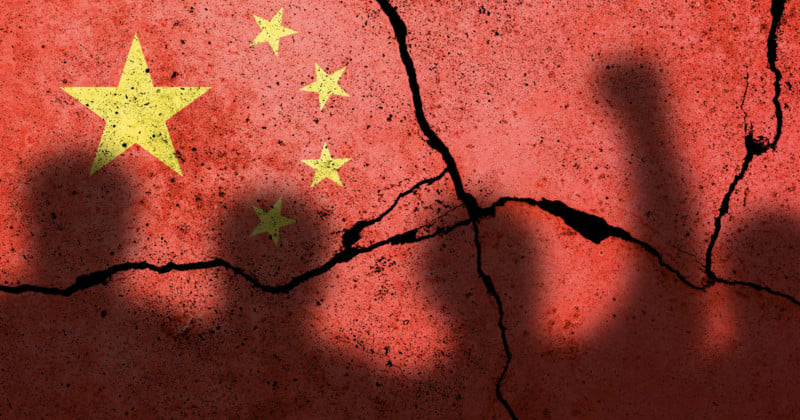 As protests around China’s zero-Covid policy mount, police appear to be searching phones for apps like Instagram, Twitter, and Telegram, which are banned in the country, with the goal of stopping photos of the protests from being released.

The Wall Street Journal, CNBC, and German news outlet DW News have collectively reported that authorities have been stopping people in transportation hubs in Shanghai, Beijing, and Hangzhou. The reports cite that police were looking for banned foreign apps like Instagram, Twitter, and encryption messenger Telegram.

Telegram is also used by protestors and activists to communicate and share vital information. Though the services are banned in China, they can be obtained using VPNs to obscure the user’s location.

“The move to forcefully check people’s phones is determined randomly. Anyone can be stopped and have their phones checked by police, and it can happen anywhere from on the street or at entrances to shopping malls,” DW News’ East Asia correspondent William Yang tweeted.

The move to forcefully check people's phones is determined randomly. Anyone can be stopped and have their phones checked by police, and it can happen anywhere from on the street or at entrances to shopping malls.

The student said the police told him to take the comment down in the group chat and never do it again. “The Chinese government’s control over free speech has reached an unprecedented level,” he said.

Censorship has been an issue in China, even before the latest string of protests. The Verge further reports that spam with alleged links to the Chinese government is also burying reports on protests. One symbol of the pushback has been a simple blank page, meant to represent censorship by the government.

A recent report from The Wall Street Journal says that police have likely used information gathered from phones and social media to track down protestors. Additionally, a segment from the BBC reports that people are being asked to delete their photos of the protests. The segment notes that there are police barricades outside of one of the protest cites in Shanghai, where video shows officers going through people’s phones. The BBC reports that two people have been detained.

The recent protests against China’s controversial and restrictive zero-Covid policy kicked off after a fire in a Xinjiang province apartment. 10 people were killed, and questions were raised about whether the policy impeded efforts to rescue those inside, either by restricting evacuation or by making it harder for emergency personnel to respond. Unlike protests in other countries regarding Covid prevention measures, the pushback is not about lockdowns but rather the restrictiveness with which China’s has been rolled out.

“These technologies, which were supposed to facilitate anti-Covid efforts, turned into shackles being put on us,” Wang Shengsheng, a lawyer who is offering legal support to protestors, tells The Wall Street Journal.