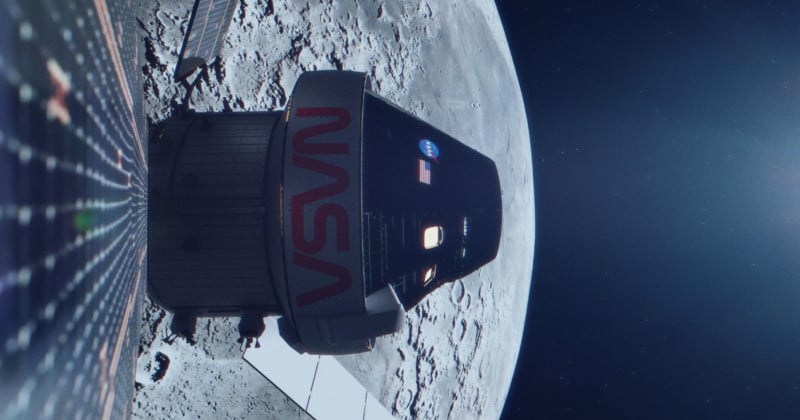 NASA’s Artemis Rocket, carrying the Orion spacecraft, successfully lifted off today and is en route to the Moon. Equipped with multiple cameras, Orion is expected to capture many new high-resolution photos of the Earth and Moon.

The Orion spacecraft successfully launched on NASA’s Space Launch System (SLS), which it calls the most powerful rocket in the world and is on its way to the Moon as part of the Artemis program. The Orion is uncrewed and will travel about 40,000 miles beyond the Moon and return to Earth over the course of 25.5 days, during which it will capture multiple high-resolution “moon selfies” and Earthrise photos, some of which are expected to be taken in the next few days.

There are 24 total cameras on the rocket and spacecraft, 16 of which are on Orion, that are in place to document the mission as well as capture photos of the Earth and Moon.

In a blog post published by NASA, the space agency explains that each of the cameras is pre-programmed to capture specific events during the Orion’s journey, some of which have already been shared.

As @NASA_Orion begins the #Artemis I mission to the Moon, the spacecraft captured these stunning views of our home planet. pic.twitter.com/Pzk3PDt7sd

“On the rocket, four cameras around the engine section point up toward Orion, two cameras at the intertank by the top of boosters will capture booster separation, and two cameras on the launch vehicle stage adapter will capture core stage separation. The eight cameras will cycle through a preprogrammed sequence during launch and ascent,” NASA explains. 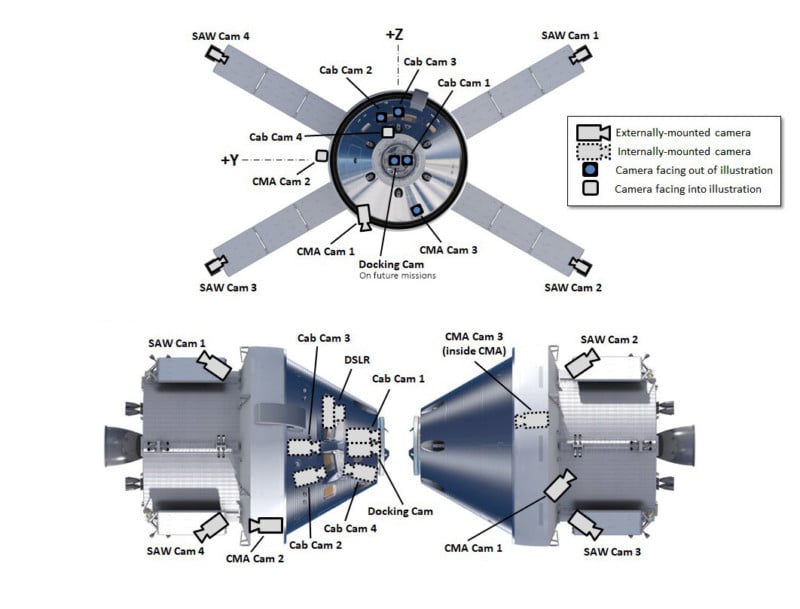 “On Orion, an external camera mounted on the crew module adapter will show the SLS rocket’s ascent, providing the ‘rocket cam’ view the public often sees during launches. Another camera will provide a view of service module panel jettison and solar array wing deployment. Four cameras attached to the spacecraft’s solar array wings on the service module will help engineers assess the overall health of the outside of Orion and can capture a selfie view of the spacecraft with the Earth or Moon in the background.”

Orion is expected to make a close flyby of the Moon on November 21, at which time the cameras on the tips of the spacecraft’s X-shaped wings will take detailed photos. One image that NASA hopes to get is a high-resolution capture of what is known as an Earthrise, recreating a photo originally taken by astronaut William Anders who was aboard the Apollo 8 spacecraft on December 24, 1968.

The photo was the first taken by a human of Earth from the Moon, Forbes explains, but wasn’t actually the first Earthrise image ever taken. That honor goes to the Lunar Orbiter Probe, which captured a photo on August 23, 1966.

The photos and videos that Orion will capture will come in a variety of formats, ranging from standard definition to upwards of 4K. NASA says each is tailored for a specific use and take into consideration available bandwidth since the footage needs to be sent back to Earth, but all footage is also stored onboard the spacecraft for retrieval after Orion returns.

Another factor to consider is that while the cameras will be able to take new photos of the Moon and Earth, that isn’t their original intention and the field of view of each camera is optimized to look at the spacecraft, not the space around it.

“A lot of folks have an impression of Earthrise based on the classic Apollo 8 shot,” David Melendrez, imagery integration lead for the Orion Program at NASA’s Johnson Space Center in Houston, says. “Images captured during the mission will be different than what humanity saw during Apollo missions, but capturing milestone events such as Earthrise, Orion’s farthest distance from Earth, and lunar flyby will be a high priority.”

Update 11/16: A short clip taken from Orion as it left Earth has been added.