NASA’s historic Orion spacecraft will splash down into the ocean off the coast of California on Sunday.

It has completed all of its engine burns to set its path Earthward and assuming the next couple of days go to plan it will arrive back on December 11.

“Orion has begun its return trek toward Earth, completing a burn December 1, to exit a lunar orbit thousands of miles beyond the Moon, where engineers have been testing systems to improve understanding of the spacecraft before future missions with astronauts,” NASA explains.

The mission is essentially a dry run for a crewed voyage that could take place as early as 2024 using the same rocket and capsule.

How and When to Watch

On Sunday, Orion will travel faster and hotter than any capsule designed for humans before it. It will reach a speed of 25,000 miles per hour (40,233 kilometers) and reach a temperature of 5,072 degrees Fahrenheit (2,800 Celsius).

NASA’s livestream will be playing in the video player at the top of this page as well as playing on the space agency’s Live TV page.

Viewers will be able to see the recovery team make their way to the spacecraft and pluck it out of the water. 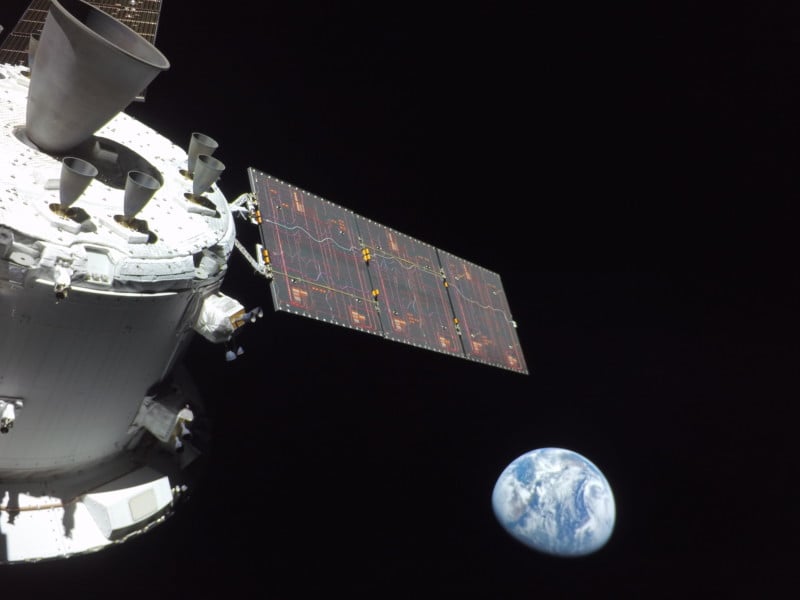 NASA’s Orion is an uncrewed spacecraft, part of the Artemis I mission, that has traveled 40,000 miles beyond the Moon during its 25.5 day journey.

It has sent back photos and videos from its unique perspective. The spacecraft is equipped with 16 cameras which have allowed it to share some breathtaking photos during its journey.

It has already sent back a series of incredible selfies and photos, including stunning photos of the Moon.

Even its send-off was spectacular with NASA capturing jaw-dropping photos of the historic blastoff that took place at the Kennedy Space Center in Florida.

The Artemis 1 mission is the first integrated flight test of NASA’s deep space exploration systems. The Orion spacecraft attached is a partially reusable craft that is built to take humans farther into space than ever before.