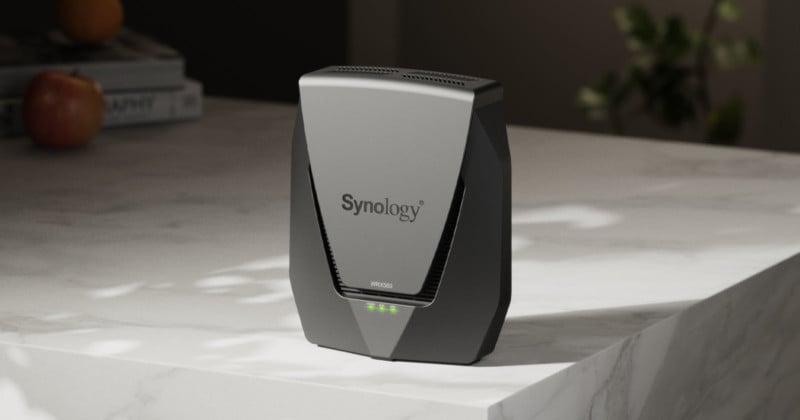 Synology, a brand whose name is most commonly associated with network-attached storage (NAS) devices that are very popular among photographers, also has a growing line of WiFi routers. Its latest is the WRX560, a WiFi 6 mesh-compatible router designed for the modern home.

Many self-employed photographers operate their businesses out of their home offices, which is why Synology’s line of NAS devices are considered some of the best options for them in a 3-2-1 backup setup.

Synology seems to be expanding from NAS storage solutions that use the internet, into devices that operate as the focal point for that network, hence its growing line of networking products. The company already offered three other WiFi systems, but the WRX560 expands that further.

The WRX560 is described as a router that provides fast, secure internet access for busy households. It has a combined throughput of up to 3,000 Mbps and its quad-core 1.4 GHz processor and its 512 MB of RAM allow it to handle up to 150 connected devices. 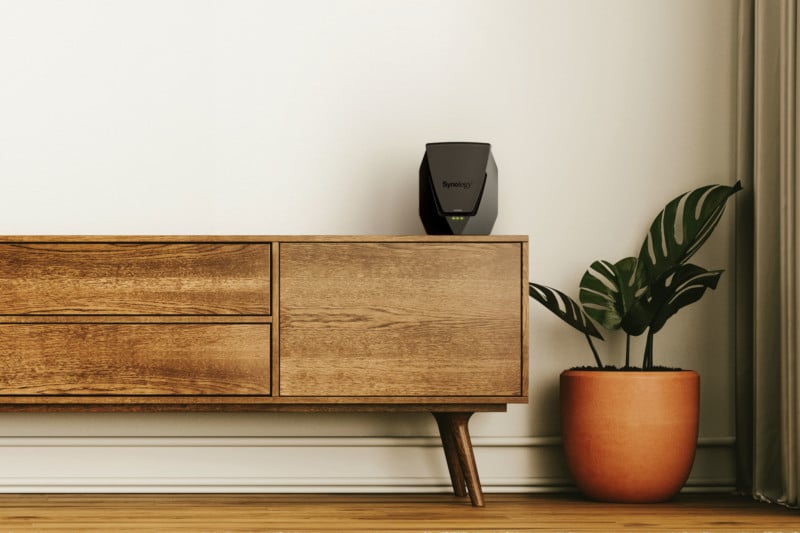 Synology says the WRX560 will bring fast and stable connectivity, and the router can be incorporated into a mesh with other Synology routers to provide consistent, high-speed home internet coverage under a single WiFi name.

In addition to providing the speed and configuration options that are necessary for a home office, the WRX560 is still meant to operate as a home router and comes with features that support those expectations. It includes web filtering features to prevent children from accessing certain content, allows screen limiting time for certain devices, and allows owners to track usage on connected devices. The WRX560’s built-in traffic management tools provide users with precise control and oversight over their network traffic.