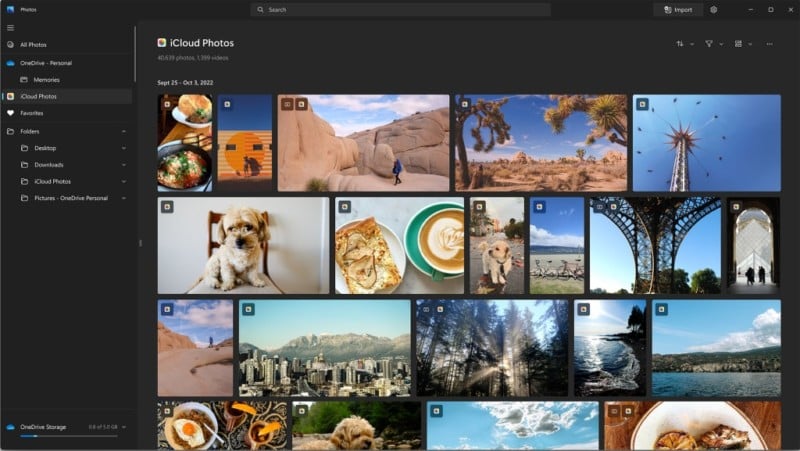 Microsoft has started rolling out iCloud Photos integration in Windows 11, with the update becoming available to all users by the end of November.

In a blog post published on Wednesday, Microsoft announced that Apple would be integrating more of its services with Windows 11, including Apple Music and Apple TV.

Windows 11 users then began getting updates that enable iCloud Photos to sync with the Windows 11 Photos app.

Pumped to share the iCloud integration with the Photos app in #Windows11 is starting to roll out. Check out the blog to learn more. This experience is rad! https://t.co/ViGdENEr8K pic.twitter.com/oMbI5vNGsX

Previously, if iPhone users wanted to transfer images to their Windows PCs, they had to either plug in their iPhone with a USB cable or use the iCloud web app in a browser. Microsoft’s new feature gives users an integrated view of all their iCloud photos through the Windows 11 Photos app.

To use the new feature, users will first need to make sure their version of the Windows Photos app from the Microsoft store is up-to-date. They will then need to install the iCloud for Windows app from the Windows Store, sign in, and choose which photos or libraries to automatically sync with the Photos app.

“We know that many Windows customers have photo and video collections on their iPhones that they would like to be able to view on their PC,” writes Dave Grochocki, principal product manager lead for Microsoft’s Windows inbox apps.

“This iCloud Photos integration will make it easier for those with an iPhone to have direct access to all their cherished memories in one organized place and is another step in our continued efforts to make experiences on Windows 11 seamless.”

The new iCloud Photos integration into Windows 11 is part of a wider Photos app update for the operating system. In September, Microsoft redesigned the Photos app in Windows 11 and began rolling out the update to users.

Microsoft’s Photos app update offers a new image-managing experience for users while the new gallery design is intended to simplify browsing, finding, management, and consumption of the photos that a user has in their collection.