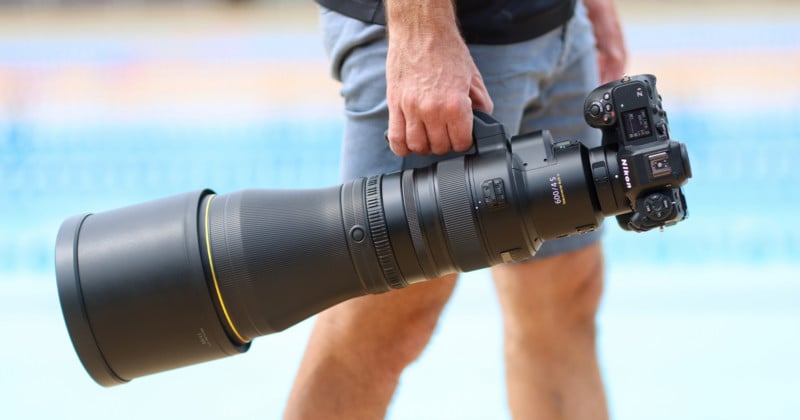 The new professional-level full-frame lens for the Nikon Z Mirrorless system weighs about 7.18 pounds (3,260 grams) and is approximately 17.3 inches long (437mm) and 6.5 inches wide (165mm). Nikon says it contains “the latest optical technology and anti-reflective coatings for the ultimate in image quality, plus the added benefit of a built-in 1.4x teleconverter for even more reach.” With the 1.4x teleconverter enabled, the 600mm f/4 lens returns a focal length of 840mm with a maximum aperture of f/5.6.

The new lens is designed for those capturing action, wildlife, and sports, allowing photographers to create dramatic isolation with what the company characterizes as gorgeous background blur with the further ability to quickly and easily enable or disable the 1.4x teleconverter for added reach while maintaining superior optical performance throughout the entire frame. 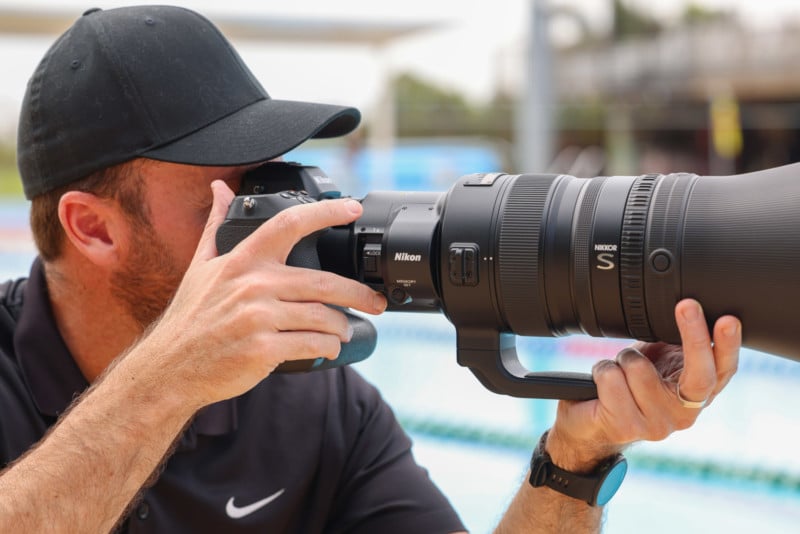 Nikon says the lens was created and tested for the most demanding professional imaging and video professionals, offering a surprisingly smaller size and lighter weight than expected. The lens is a full 1.2 pounds lighter than the F-mount AF-S 600mm f/4E FL ED VR which they say will enable longer hours of shooting with less fatigue for users. The smaller footprint of this lens also means it is optimized to fit in carry-on luggage, making it one less thing for users to worry about while traveling. 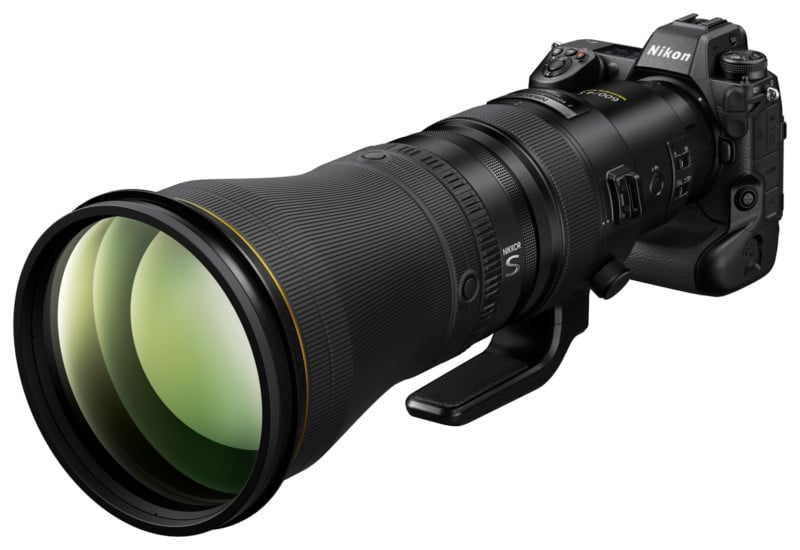 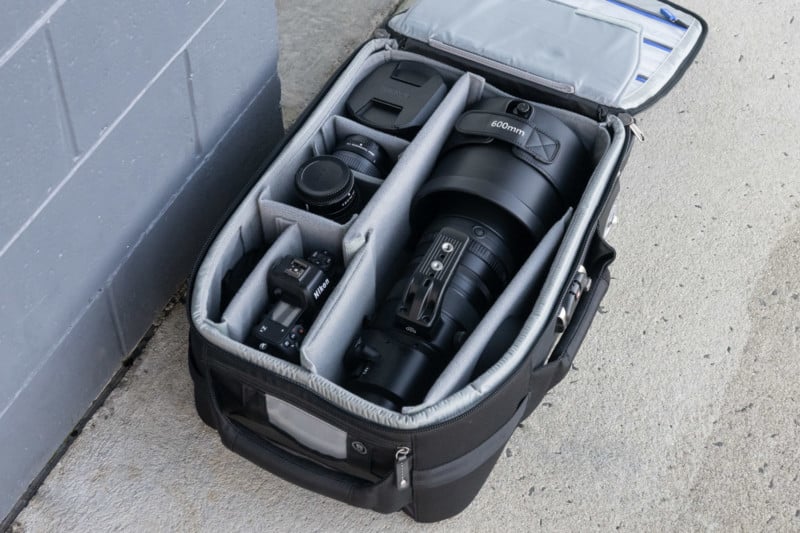 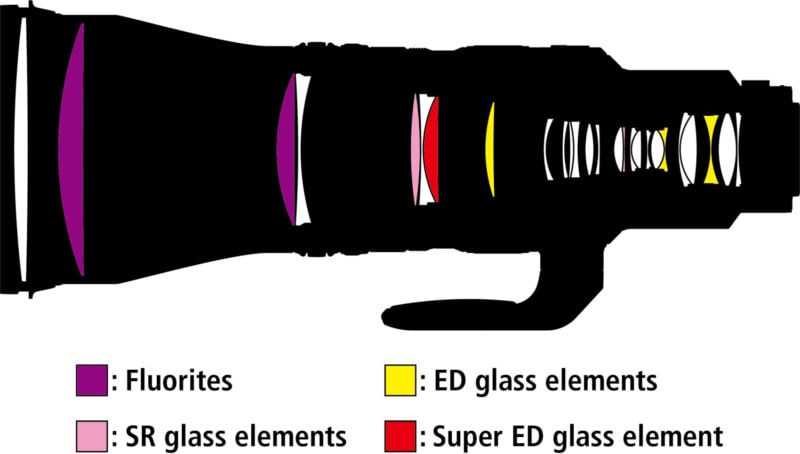 Additionally, the close-up performance has been improved (14.11-foot minimum focus distance, or about 4.3 meters) to minimize color bleeding from infinity to close distances, and the lens has significantly reduced focus breathing with near silent operation.

The new lens also uses Nikon’s Meso Amorphous Coating which it says provides the highest anti-reflection performance in Nikkkor lens history, and when paired with the Nano Crystal Coat, the 600mm f/4 lens can achieve significantly reduced ghost and flare effects caused by incident light, allowing for a much clearer image even under harsh conditions. The lens also has an aperture range of f/4 through f/45 at 600mm — or f/5.6 to f/45 at 840mm with the TC enabled — via a nine-bladed diaphragm. 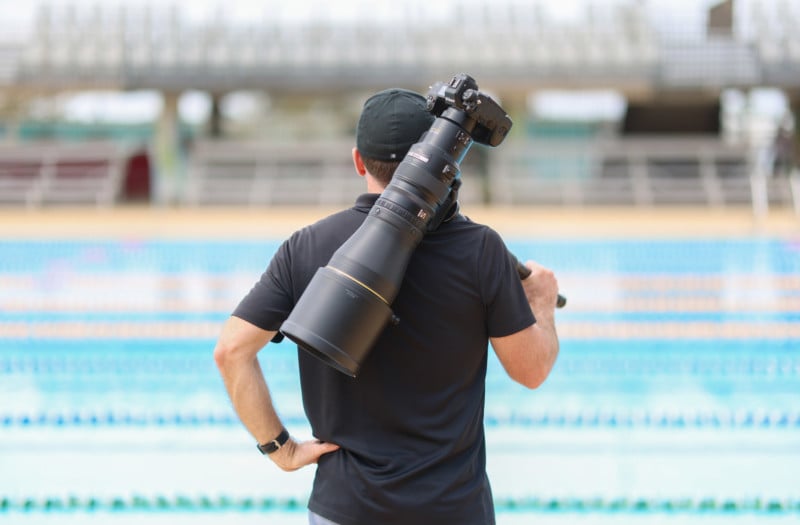 Nikon says the center of gravity is shifted toward the photographer for an easier and more comfortable balance when hand-held shooting and panning, with an ergonomic design that makes it easy to access the controls (like the L-fn buttons, memory set, and Fn rings) without looking. The lens also has a vibration reduction (VR) compensation effect of five stops (5.5 with synchro VR on the Z9) and uses a “Silky Swift” VCM (SSVCM) Autofocus Actuator for higher speed, quieter, and more accurate autofocus which the company says surpasses the previous drive system.

Below are some sample photos taken with the lens, provided by Nikon: 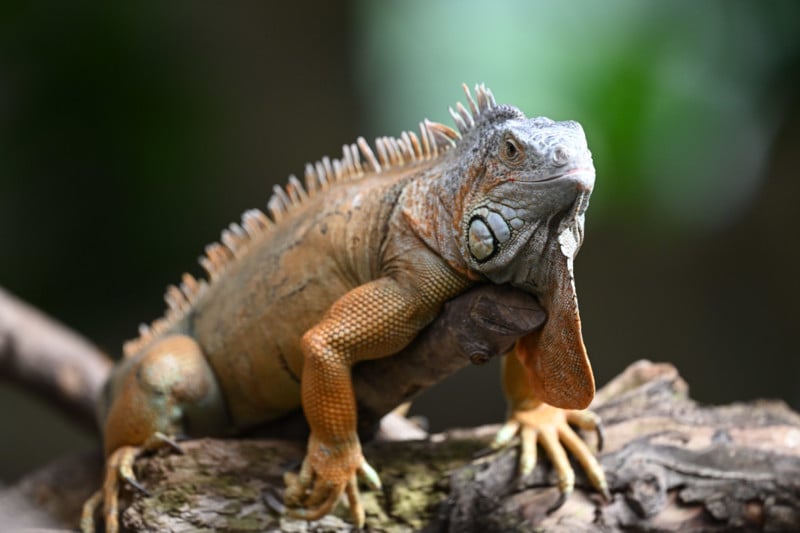 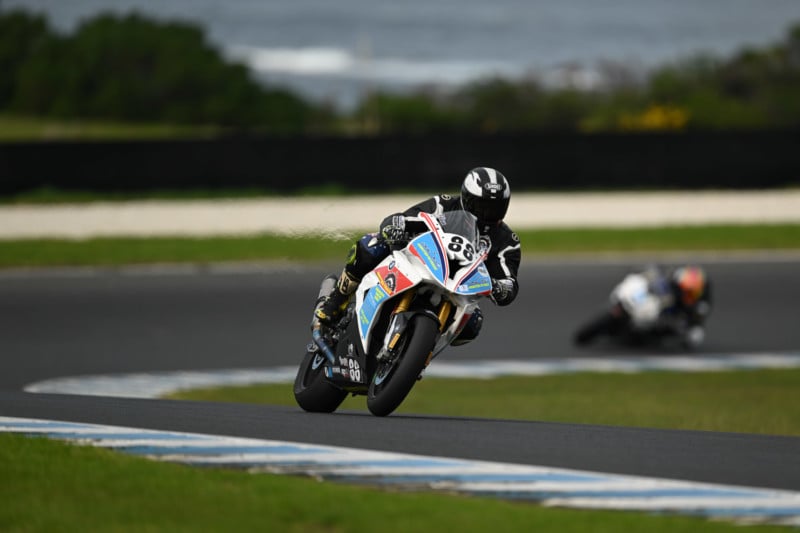 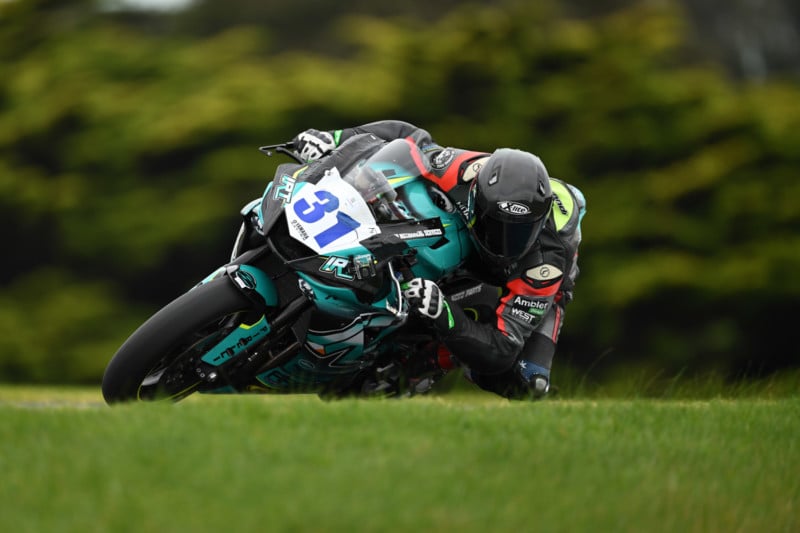 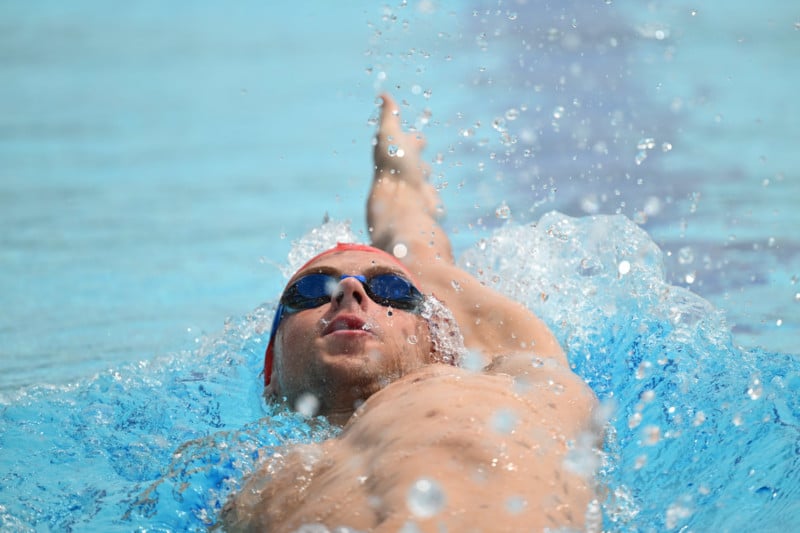 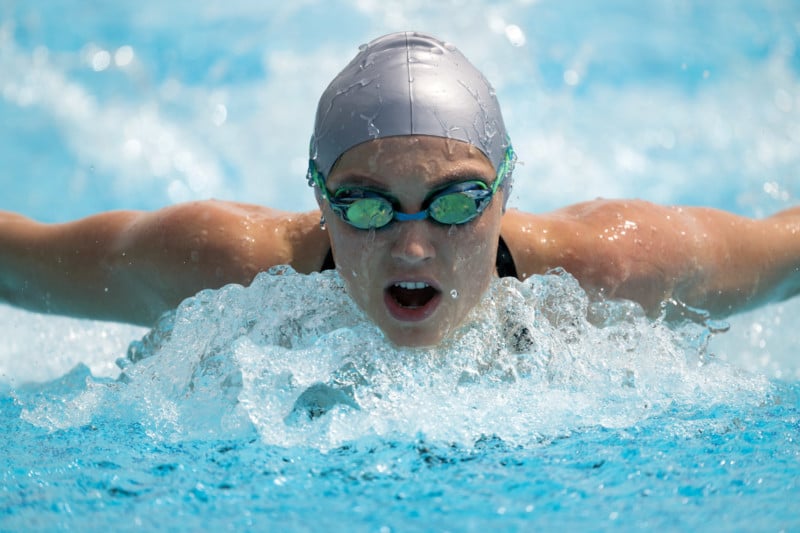 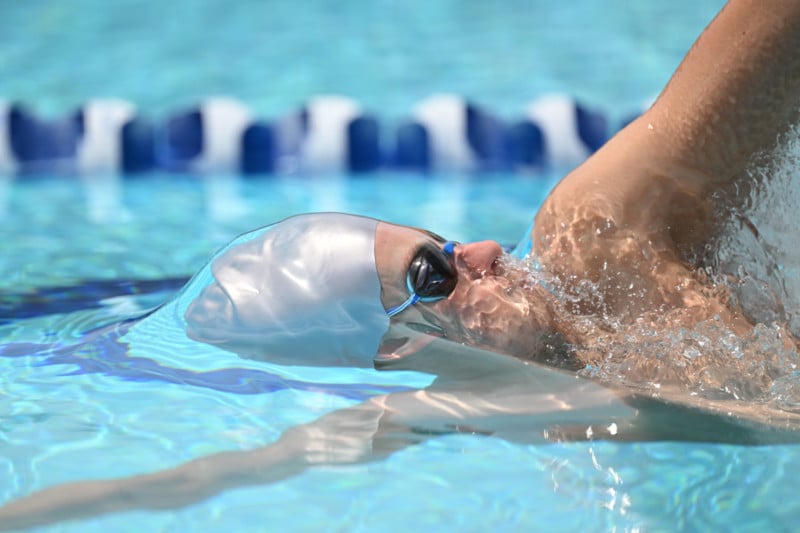 In addition to the new lens, Nikon has also announced the release of the MC-N10 Remote Grip, a new accessory for videographers that allows for remote operation of the Nikon Z mirrorless cameras via a wired connection. 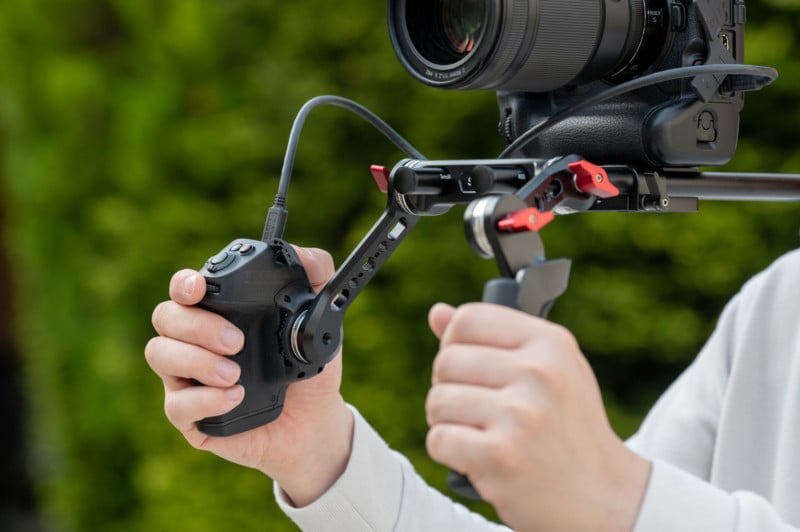 The company says the new grip is ideal for small-footprint productions and gives operators the ability to adjust a wide variety of essential camera settings without having to directly engage or disturb the camera body. 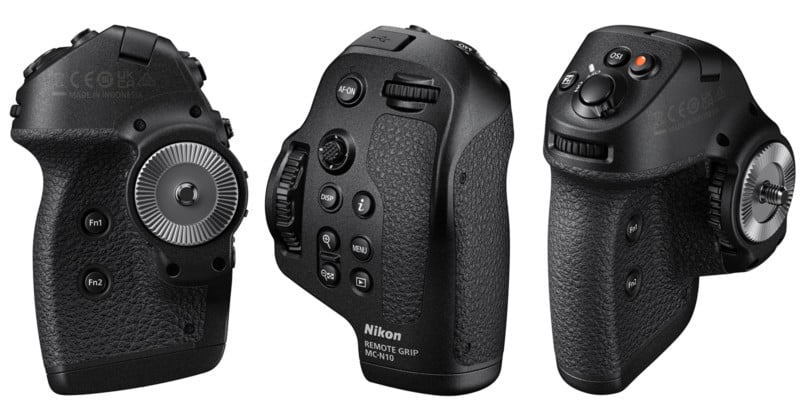 The new AA-battery powered grip uses an ARRI-compatible rosette mount so it can attach to a wide variety of accessories and systems including tripods, gimbals, cages, and sliders. The grip gives users the ability to control and make adjustments to the autofocus, ISO, exposure control, AF speed, as well as access to Custom Functions, start and stop recording, and access the entire camera menu system. 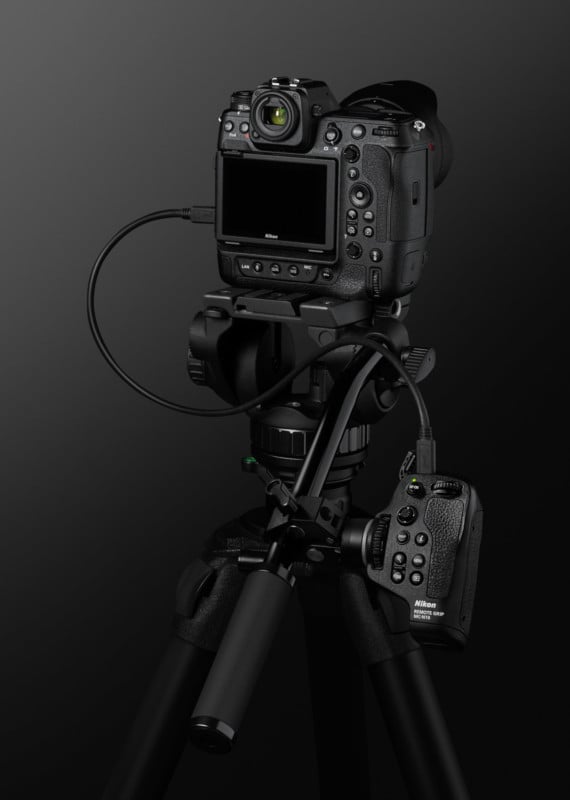 When the new MC-N10 grip is paired with the Nikon Z9 and the recently announced Firmware 3.0, the Fn1/Fn2 buttons can be assigned to use the new High-Res Zoom capability in order to achieve a smooth zoom transition regardless of the lens used, with no loss of resolution. 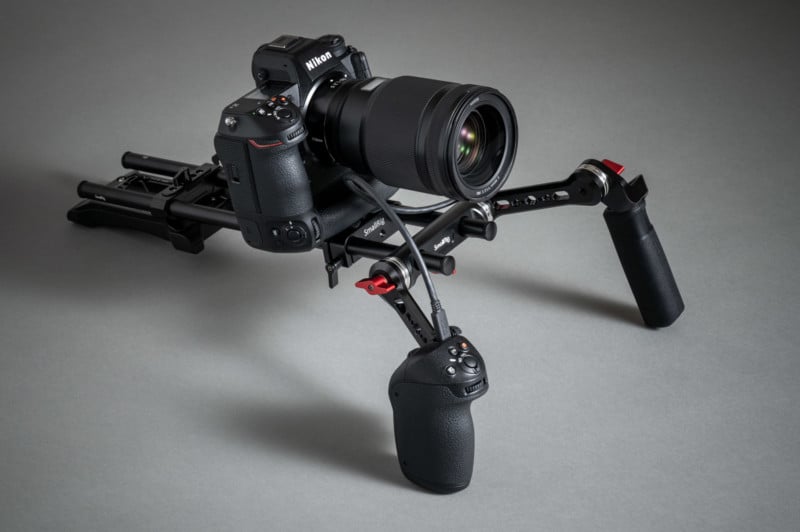 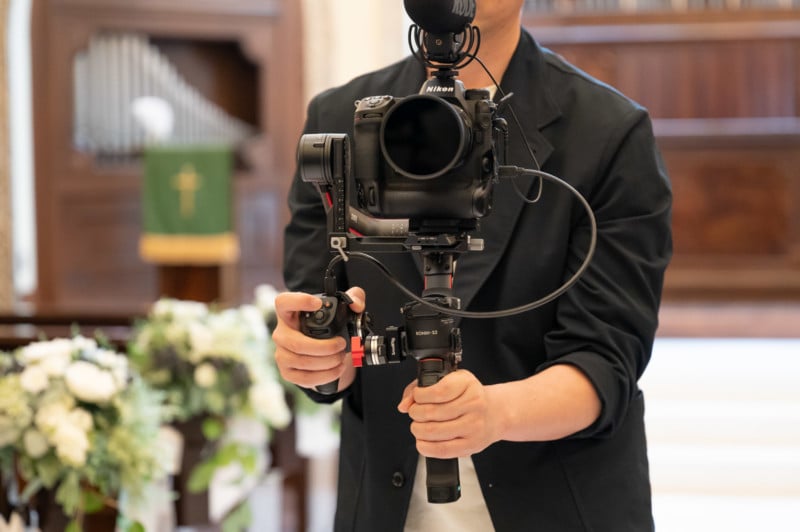 The new Nikon MC-N10 Remote Grip will be available in late November for $429.95.