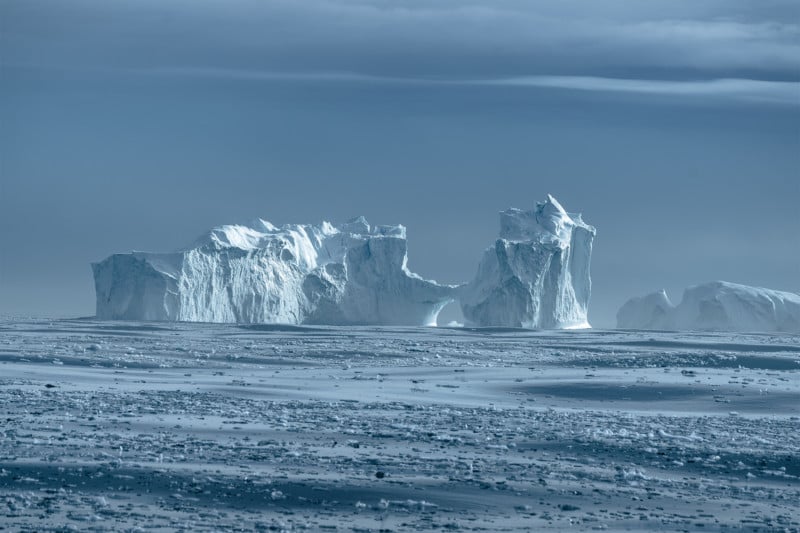 Photographer Alex Savu captures stunning photos of glaciers as he seeks to inspire others to visit the Arctic phenomena.

Savu tells PetaPixel that he hopes people viewing his pictures will want to experience glacial environments themselves.

“While projects and initiatives focusing on the disappearing ice are very much needed and do a great job educating the public, when it comes to taking actions people rarely do so out of fear,” explains the Stockholm-based photographer.

“Instead by capturing the unique beauty of glaciers this project seeks to first instill a feeling of awe that will later metamorphose into gratitude. People who experience environmental gratitude are morally concerned and intrinsically motivated to act responsibly.” 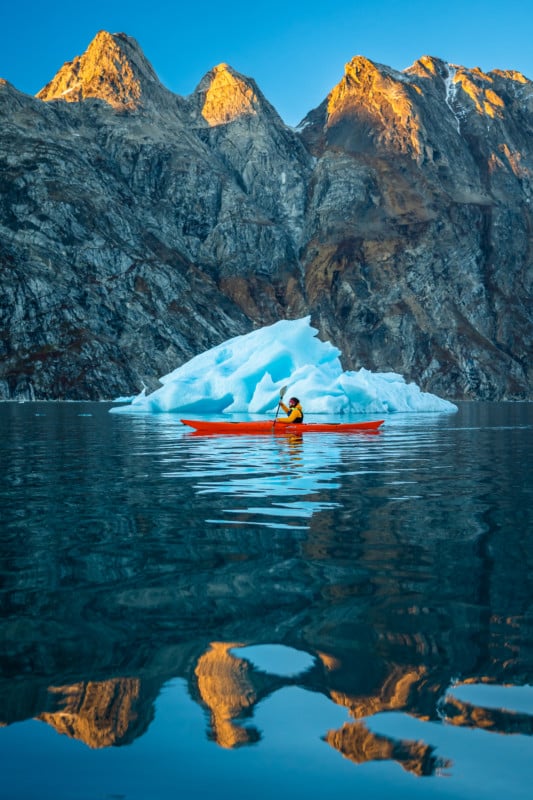 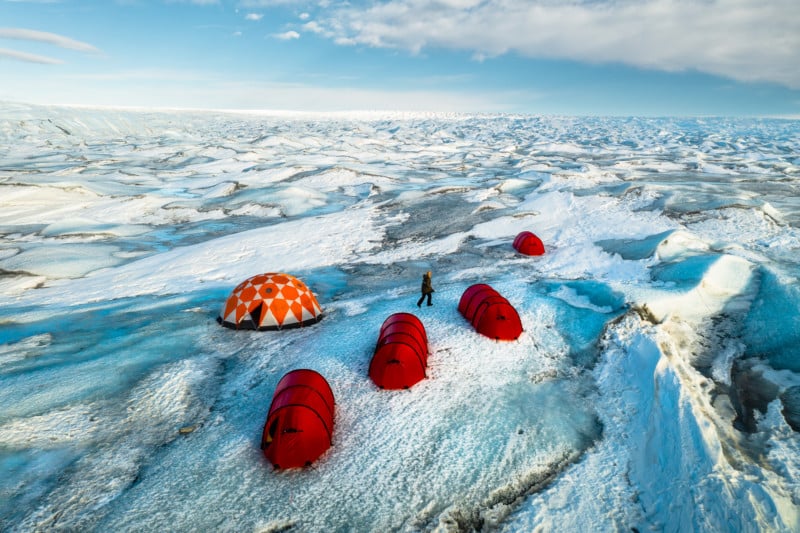 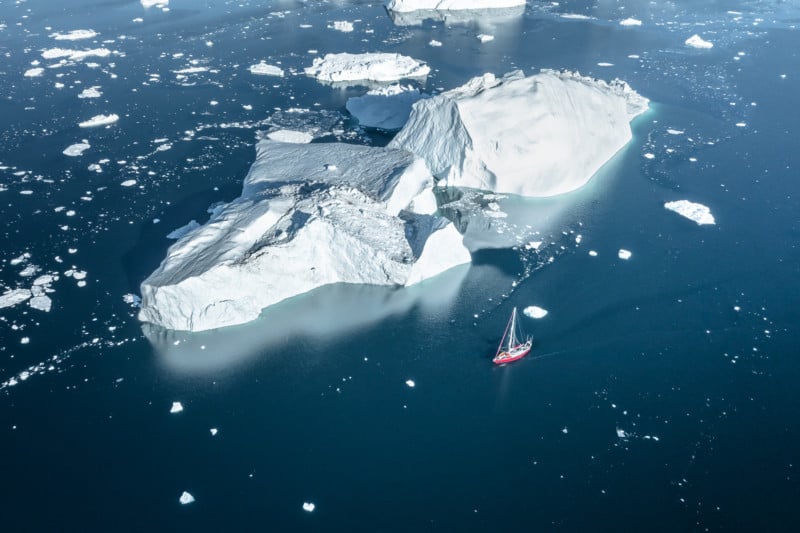 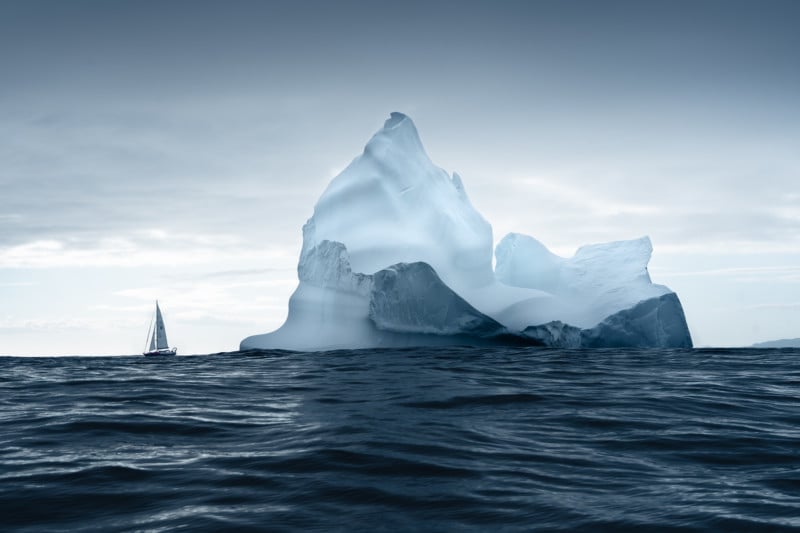 Savu traveled to east Greenland and sailed along the Forbidden Coast in 2021, and in 2022 he went to west Greenland, camping on the ice sheet and dogsledding in Kangerlussuaq fjord.

“Once off the plane and onto the boat, sailing through the fjords the thing that strikes you the most is the silence,” he says.

“It’s better described as the presence of no sound rather than the absence of noise. Sometimes if you’re in the right spot this silence is broken by a calving glacier only to make it heavier.” 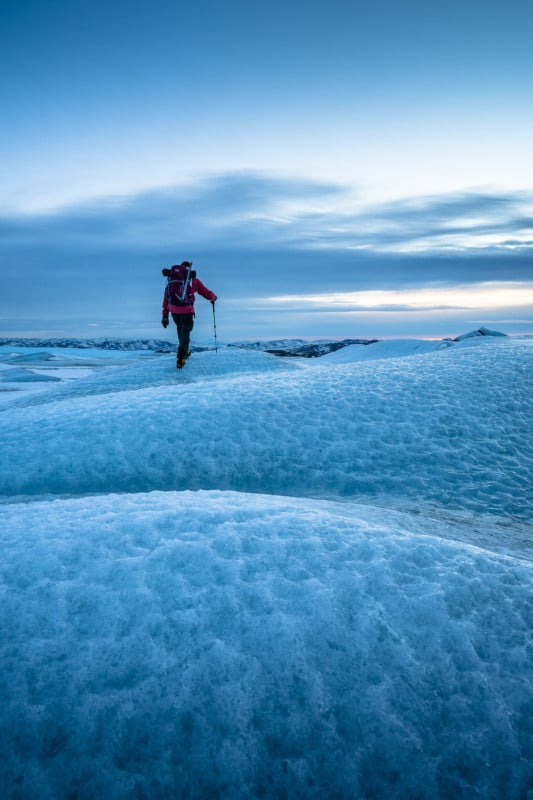 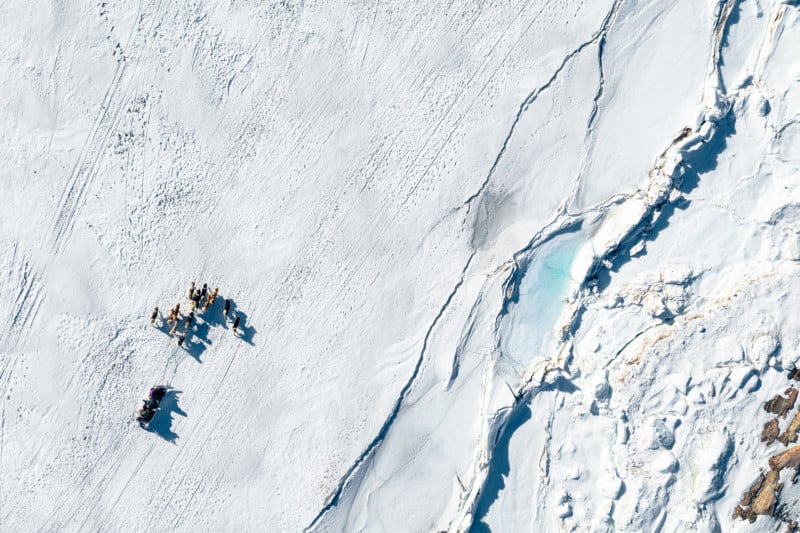 “There were quite a few challenges photographing these places. For one getting more interesting compositions while confined to the limited space of the boat,” Savu says.

“One would have to be comfortable climbing on the mast, leaning on the sides while clipped in, or even getting in the water if you have the right gear. Being creative here will pay off quite substantially.” 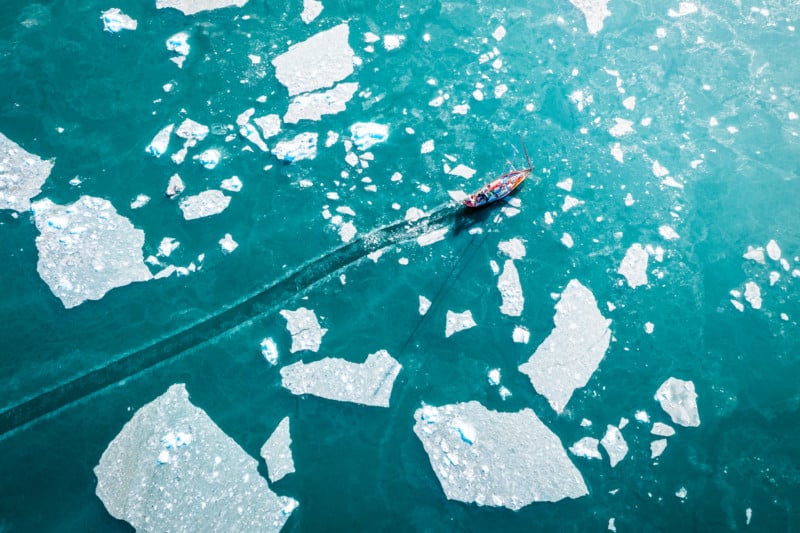 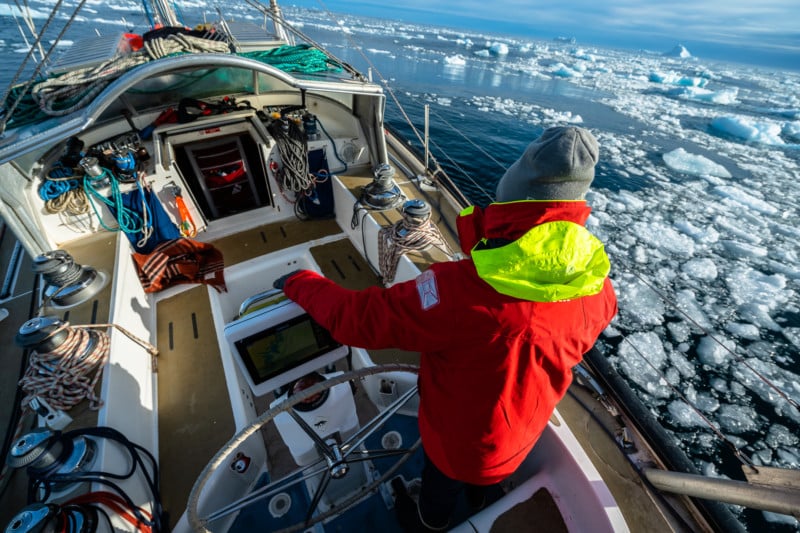 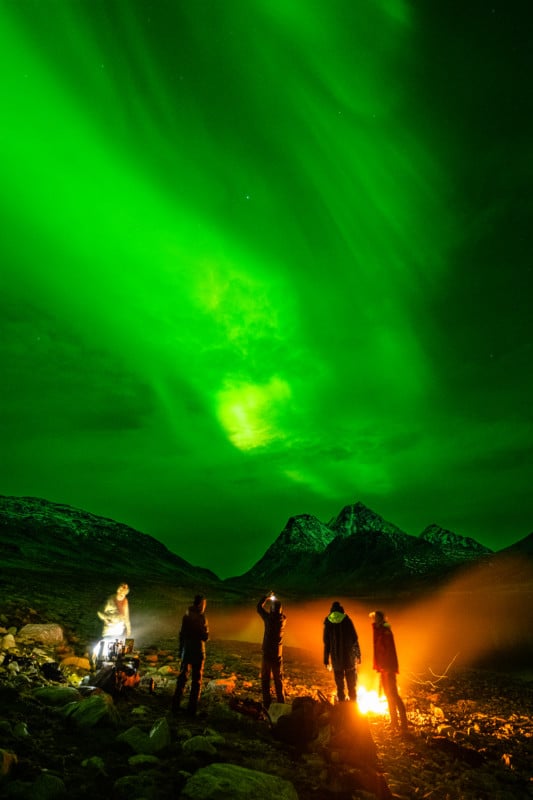 Getting an image with the horizon in the right place, or even a sharp image is not easy on a rocking boat. And drones are even more complicated.

“Flying drones during sail has almost nothing to do with flying them from solid ground. While take-off is relatively straightforward landing the drone has to be carefully timed with the speed of the drone matching the speed of the boat while simultaneously steering the drone towards you and catching it with one hand.”

And all of this is before the factoring in the cold that adds an extra level of difficulty.

Savu says that despite there being indisputable evidence that glaciers are melting, it’s hard to understand the speed at which they are receding without a reference to compare it to.

“Our captain showed us some of the first routes the boat had in the same location we were at that time mentioning that they kept the same distance from the glacier’s outlet and one could clearly see how much closer we could get this time.” 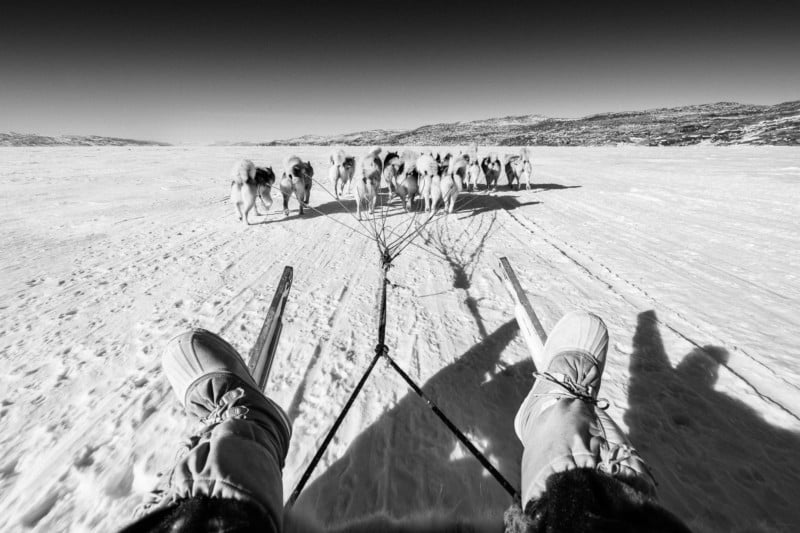 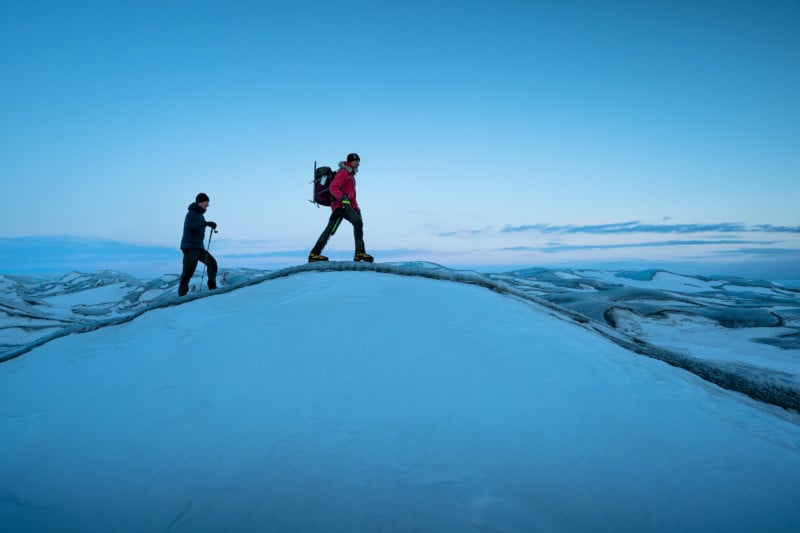 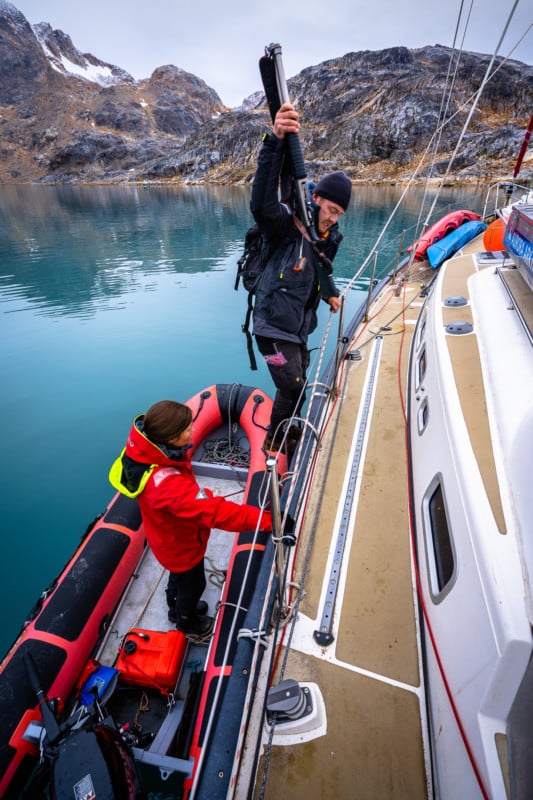 Savu says that he hopes his photos expand on the current discourse of glaciers melting and hope people go and see the ice for themselves.

He adds: “Sir David Attenborough says, ‘No one will protect what they don’t care about, and no one will care about what they have never experienced”.