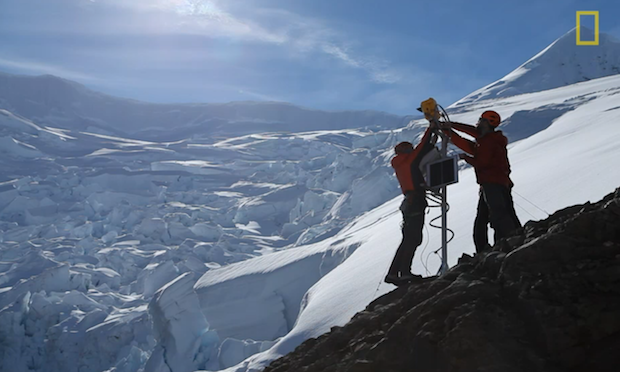 James Balog, the photographer behind the award-winning documentary Chasing Ice, is back at it again, capturing the ever-changing landscape of glaciers. This time though, he’s headed to the southern hemisphere, taking his passion and ambition to Antarctica for the project Extreme Ice Survey.

Traveling aboard the National Geographic Explorer, he and his team spent the entire month of February setting up nine solar-powered time-lapse cameras to document the receding glaciers. Taking one photo during every hour of daylight, the cameras are literally bolted to bedrock alongside the glaciers and are expected to capture 4000 frames over the course of the next nine months.

National Geographic interviewed Balog and put together a behind the scenes video that, unfortunately, is not embeddable. If you’d like to see the video or read the full interview, head on over to the article and learn a bit about Balog and his team’s work.