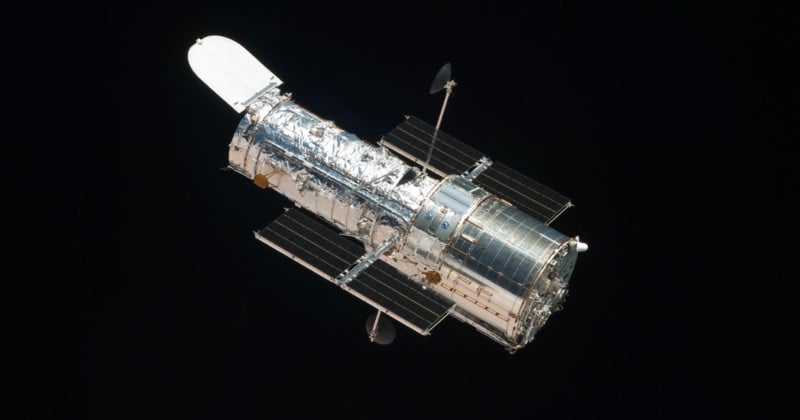 NASA and SpaceX have agreed to investigate if it would be possible to boost the Hubble Space Telescope into a higher, more stable orbit with a Dragon spacecraft in order to extend its lifespan.

NASA has no plans to conduct or fund a servicing mission to Hubble ever again. The shuttles that were used to periodically fly up to Hubble and provide repairs were retired in 2011 after 30 years of operation. The only way that NASA currently has to adjust or repair the legendary telescope is through software fixes, which of course are limited.

SpaceX, in partnership with the Polaris Program, has proposed a study so it can better understand the technical challenges associated with servicing missions to Hubble. This non-exclusive study, which is open to any other companies who are interested in proposing similar studies with different rockets, is expected to take six months. During this time, SpaceX will collect technical data from both Hubble and the Dragon spacecraft to determine if it is possible to safely rendezvous, dock, and move the telescope into a more stable orbit.

NASA says that portions of this mission study concept may be applicable to other spacecraft, especially those that are in near-Earth orbit like Hubble is.

Hubble has been dutifully providing astronomers and scientists with views into the universe since 1990. It was originally set in orbit 335 miles above Earth, but that orbit has been decaying over time. If Hubble could be boosted into a higher, more stable orbit, its lifespan could be extended by a few more years.

Hubble has already well outlived expectations, but it has not been smooth sailing, especially in the last year. Last year, Hubble suffered two major outages that nearly saw its end. The first instance happened in June which saw the telescope go offline for almost a month. Another issue arose that November and was not fully repaired until December. These issues might be why NASA is open to a servicing mission since it is otherwise incapable of physically addressing problems with Hubble.

“This study is an exciting example of the innovative approaches NASA is exploring through private-public partnerships,” Thomas Zurbuchen, associate administrator for the Science Mission Directorate at NASA Headquarters in Washington, says. “As our fleet grows, we want to explore a wide range of opportunities to support the most robust, superlative science missions possible.”

At the end of Hubble’s life, NASA plans to safely de-orbit it or “dispose” of the orbiting space telescope, but is clearly in no rush to do so.