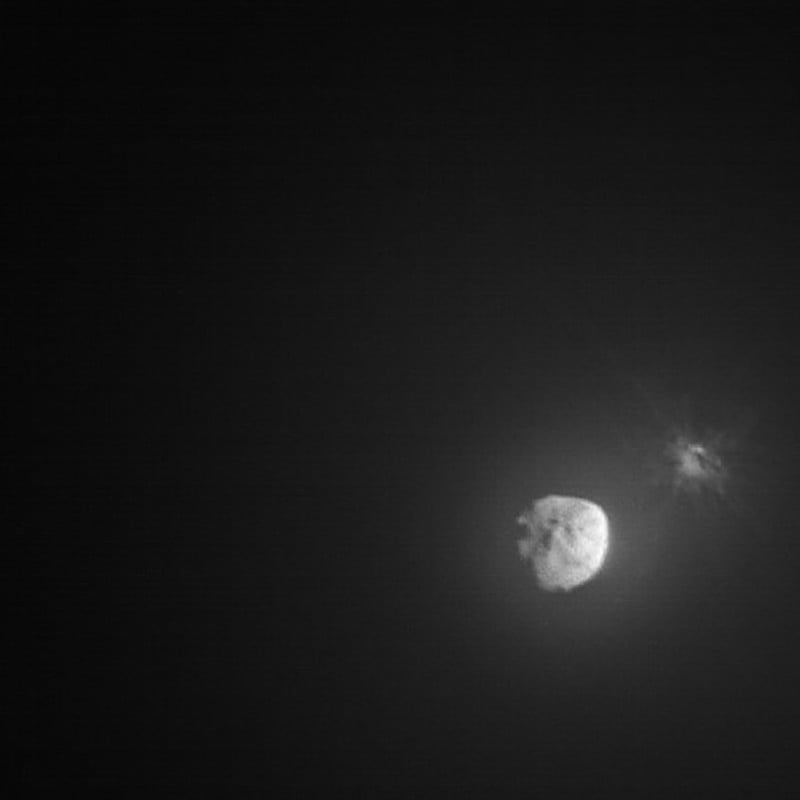 The LICIACube, short for Light Italian CubeSat for Imaging Asteroids, is a small camera-equipped spacecraft that was designed to allow astronomers and scientists to observe DART’s impact with Dimorphos. Even though DART itself was also equipped with a camera, it exploded on impact with the asteroid and thus the visual data it could provide was limited up to the point of impact.

As explained back when the LICIACube successfully deployed from DART ahead of the impact, the “mini photographer” spacecraft was designed, manufactured, and is operated by the Italian aerospace company Argotec with participation from the National Institute of Astrophysics, and the Universities of Bologna and Milan. It was programmed to document the effects of DART’s impact and will collect images of the asteroid surface as well as any debris ejected from the crater that DART is expected to leave on its surface.

LICIACube’s first few images — one above and two more below — have been published by NASA and show the state of the asteroid Dimorphos a few minutes after DART’s initial collision on September 26. 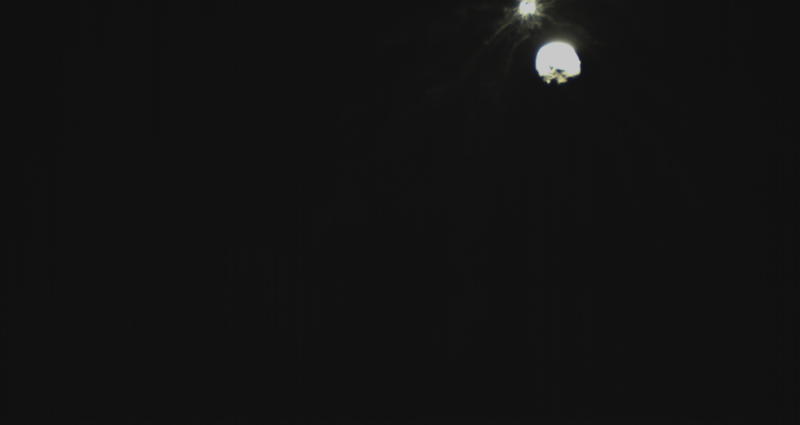 DART successfully impacted Dimorphos at a speed of 14,000 miles per hour and up until the point it made impact, it beamed back footage of a collision that took place seven million miles from Earth.

The extraterrestrial collision came after DART had flown in space for 10 months seeking Dimorphos and NASA says that it demonstrates that Earth could defend itself against an incoming asteroid or comet.

The impact was not only captured by DART and LICIACube, but also by Earth-based observatories. As Gizmodo reports, astronomers with the ATLAS project — short for Asteroid Terrestrial-impact Last Alert System — also documented the event and the impressive impact can be seen in photos and videos the organization shared on Twitter.

ATLAS observations of the DART spacecraft impact at Didymos! pic.twitter.com/26IKwB9VSo

Both the Hubble Space Telescope and the brand-new James Webb Space Telescope were also aimed at the collision, but neither of these space observatories were designed to capture such an event so it’s not clear if either was able to provide their perspectives of the impact. If either were successful, NASA will likely share those images as soon as they have been processed.