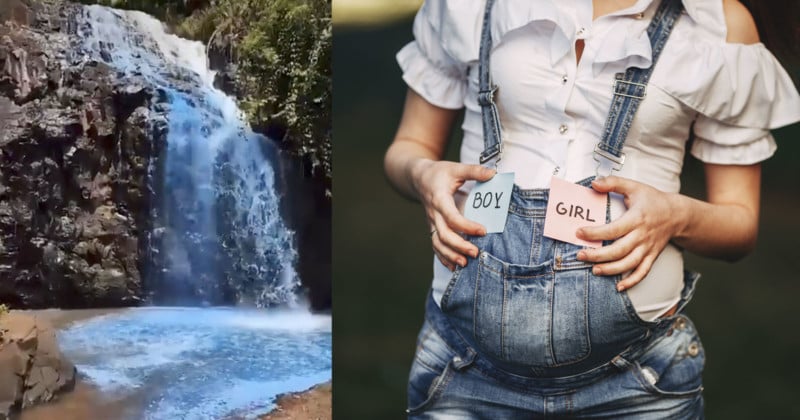 A Brazilian couple who dyed a waterfall blue for a gender reveal party is under investigation by the country’s environmental authorities.

A video that was posted to Instagram shows a happy scene as family members embrace one another shortly after it was revealed the couple was due to have a baby boy.

The ostentatious display included a waterfall dyed blue in the background and that has caused consternation.

According to the Brazilian news website Midiajur, the unidentified couple dyed the water of the Queima-Pé River waterfall in Tangara da Serra on Sunday to announce the sex of the baby.

“People totally lose track when the goal is to get attention,” read one comment beneath the video.

The secretary for the environment of the state of Mato Grosso, where Tangara de Serra is located, released a statement saying that it will investigate the couple to see if any crime was committed.

“The inspection will investigate the environmental damage caused by the material thrown into the water,” read the statement.

Inspectors from the Mato Grosso state were reportedly inspecting the area where the gender reveal took place.

To make matters worse, the Queima-Pé River is the main source of water for the city of Tangara de Serra and has recently suffered a long period of drought. The idiotic stunt has left residents fearful that their water is now contaminated.

This is not the first time gender reveals have backfired. In 2018, PetaPixel reported how one such party sparked the Sawmill Fire in Arizona.

Border Patrol Agent Dennis Dickey and his wife brought an explosive target out into a yellow grassland in the Santa Rita Mountain foothills in order to learn the gender of their expected baby with a bang.

After shooting the target that contained Tannerite, an explosive substance, there was an explosion and a cloud of blue smoke appeared, along with a sudden blaze in the surrounding grass.

Several seconds later, when it became clear that the group had no way of putting out the fire, someone is heard in the video twice shouting, “Start packing up!”