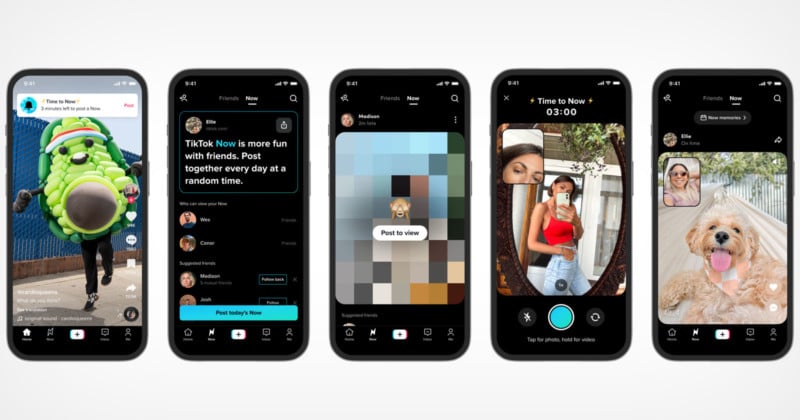 TikTok has become the latest app to launch a dual camera feature that copies the photo-sharing app BeReal.

In a blog post today, TikTok announced a new feature called “TikTok Now”, which will send users daily notifications to capture a picture or video using their front and back cameras.

Similar to BeReal, users will have to post their daily images to see what their friends have shared. Likewise, there is also a timeframe in which a user’s post is “on time.”

But unlike BeReal, TikTok is adding the ability to post 10-second videos in addition to still images.

In images shared by the company, the new TikTok Now feature will have its own dedicated tab right next to the home button at the bottom of the app. 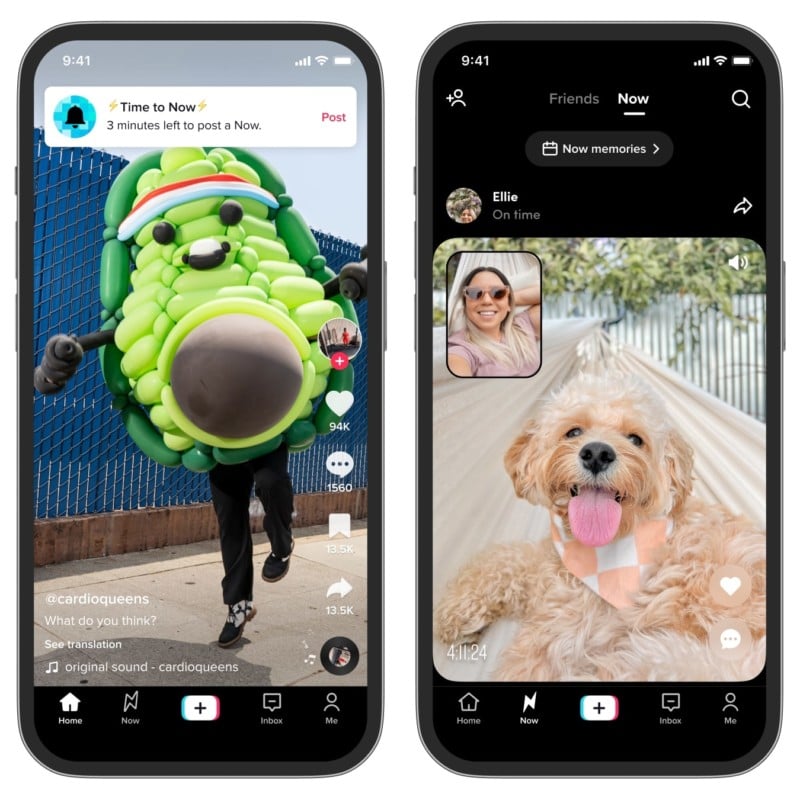 The company says it will be experimenting with the feature over the coming weeks. In the U.S., TikTok Now will be available in the main app. In other regions of the world, TikTok Now may become a separate app altogether.

“We’re expanding our suite of creation tools as we continue to foster authentic and spontaneous connections on TikTok,” writes the company in a blog post.

“Making possible deeper connection and entertainment in a fun format, TikTok Now invites you and your friends to capture what you’re doing in the moment using your device’s front and back camera,” adds TikTok. “You’ll receive a daily prompt to capture a 10-second video or a static photo to easily share what you’re up to.

TikTok is certainly not the first platform to copy the front and back camera feature on BeReal as the photo-sharing app continues to soar in popularity this year. In July, BeReal reached 10 million daily active users.

Last month, it was revealed that Instagram was running internal tests of a feature called Candid Challenges that will randomly prompt users to take spontaneous selfies with a dual camera — a function that bears a striking resemblance to BeReal.