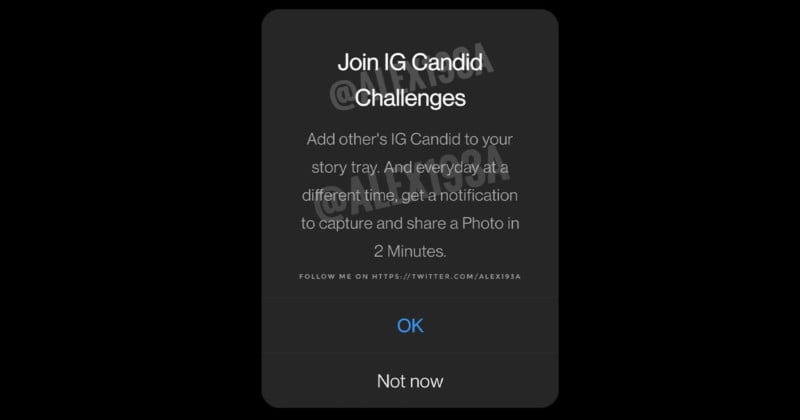 Instagram is testing a new feature that copies the photo-sharing app BeReal, which continues to hold on to the number one spot in the U.S. on Apple’s App Store charts this week.

Instagram is now running internal tests of a feature called Candid Challenges that will randomly prompt users to take spontaneous selfies with a Dual camera — a function that bears a striking resemblance to BeReal.

#Instagram is working on IG Candid Challenges, a feature inspired by @BeReal_App 👀

ℹ️ Add other's IG Candid to your story tray. And everyday at a different time, get a notification to capture and share a Photo in 2 Minutes. pic.twitter.com/caTCgUPtEV

According to Paluzzi, Instagram users participating in Candid Challenges will receive a notification at a different time each day to snap a photo of their surroundings.

Upon getting the prompt, the Instagram camera will also open with both front and rear-facing shooters, and give users a two-minute window to take a photo, just like on BeReal.

In the screenshot posted by Paluzzi, Instagram asks users to “Add other’s IG Candid to your story tray,” and “everyday at a different time, get a notification to capture and share a photo in 2 minutes.”

Paluzzi also posted a screenshot of the identical Dual camera on the Candid Challenges function.

ℹ️ This is the camera for IG Candid, you can only turn on the Dual Camera tool 👇 pic.twitter.com/wXisCG8p2U

A spokesperson for Instagram’s and Facebook’s parent company, Meta confirmed the feature in a statement given to The Verge.

“This feature is an internal prototype, and not testing externally,” Meta spokesperson Christine Pai tells The Verge.

This is not the first time Instagram has copied photo-sharing app BeReal, which has soared in popularity this year in spite of technical issues. 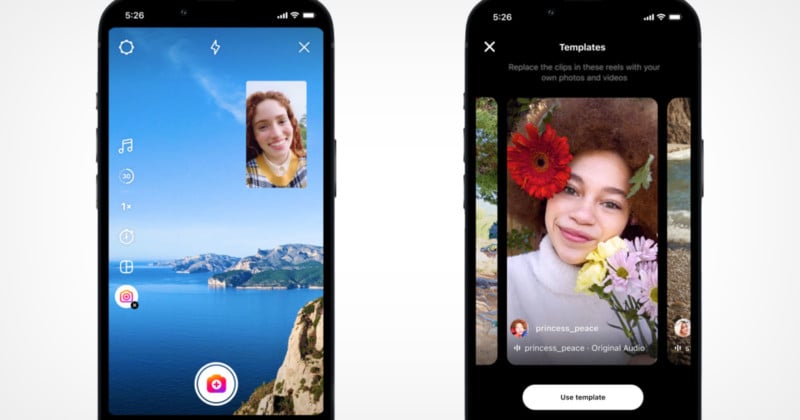 As well as competing with BeReal, Meta has also been chasing rival TikTok’s astronomical growth in short-form video this year despite backlash from its users.

A recent report revealed that Facebook has been struggling to maintain its position as a “Top 10” app this year as BeReal, and TikTok continue to gain popularity.