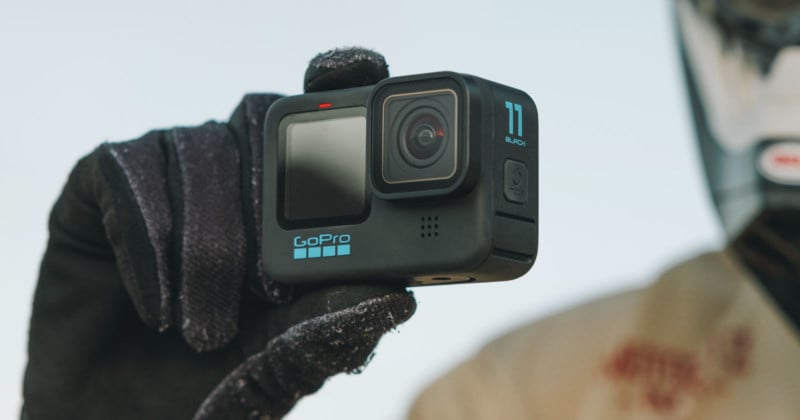 The new camera is built around a new 27-megapixel Type 1/1.9 sensor, which is a somewhat unusual size that features a 34.042 area and an 8.42mm diagonal measurement. That sensor is capable of delivering over a billion colors in 5.7K resolution at 60 frames per second thanks to the newly-added 10-bit recording capability. GoPro notes that this is 64 times the color captured by 8-bit and gives the Hero11 Black a “staggering” leap forward in image quality over previous GoPro cameras. 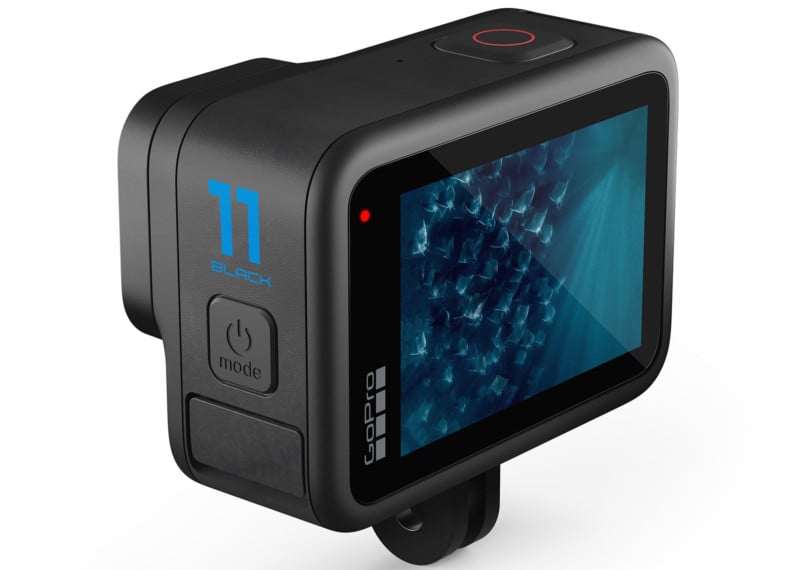 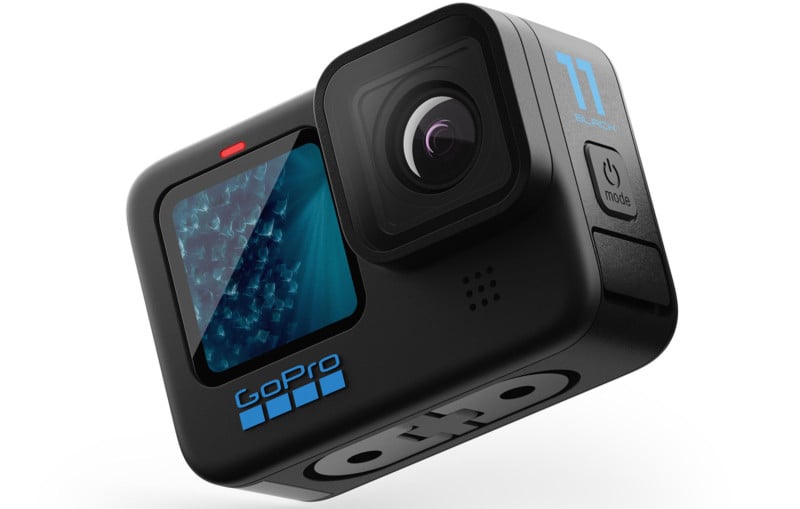 The new sensor also enables a new 8:7 aspect ratio for video capture for the largest vertical view on any GoPro, which can be cropped to different vertical aspect ratios for Instagram and TikTok in GoPro’s Quik app.

It also enables what GoPro calls HyperView, a super-wide 16:9 field of view that the company says makes it ideal for a first-person perspective of action and sports activities.

To support the new sensor, GoPro has included it’s HyperSmooth 5.0 stabilization technology which now has a 360-degree horizon lock feature that keeps footage steady even if the camera rotates during capture. 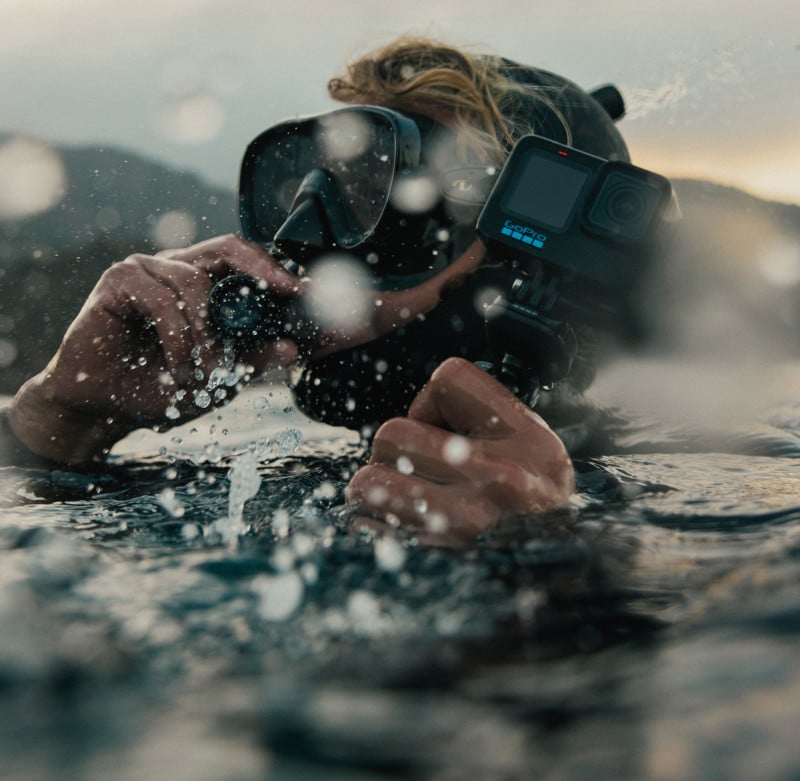 The camera is also equipped with a new Night Effect Time Lapse feature that makes it easy to capture star trails, light painting, and vehicle light trails. Time Warp, which is the company’s hyperlapse feature, now can capture at 5.3K resolution from the previous 4K limit, and GoPro says the new Enduro battery has better performance in cold and moderate temperatures which increases the recording times by up to 38%.

The Hero11 Black Mini has all of the features of the Hero11 Black, but ditches the front and rear LCD screens to compress the overall footprint down to the size of a moderately sized ice cube. The back features a set of folding attachment points as well. GoPro says that the design simplifies the control into a one-button system that makes it easy to operate in the field and, combined with its small size, makes it better able to be deployed in more places. 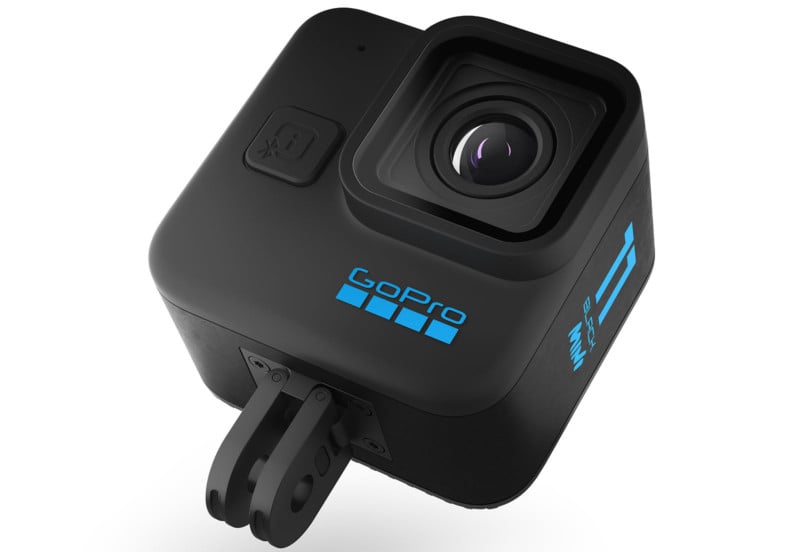 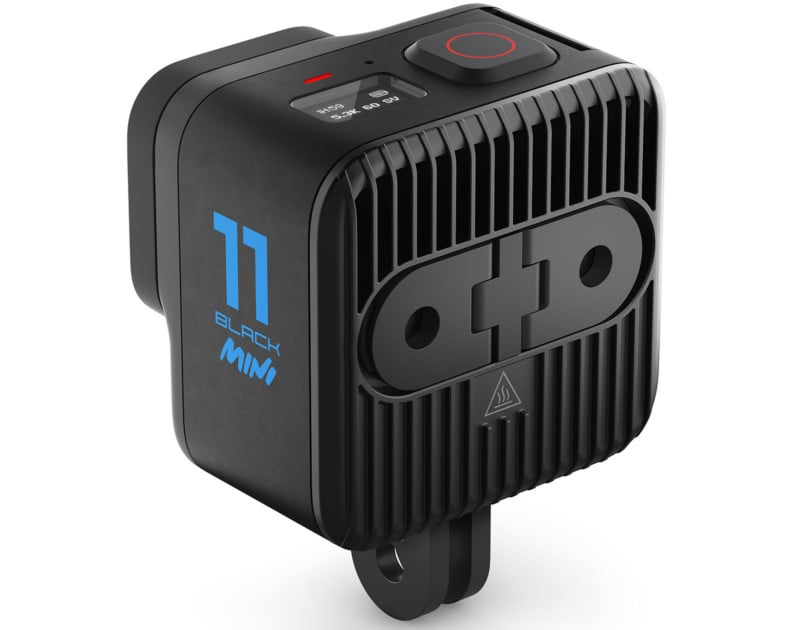 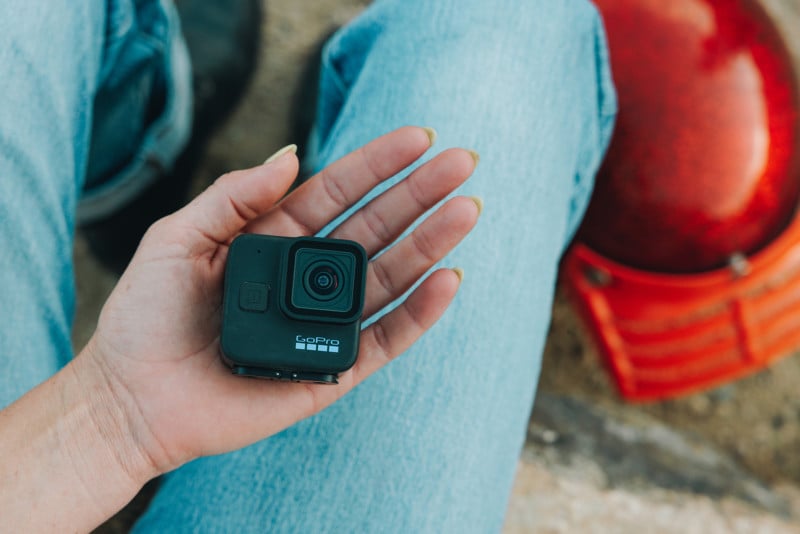 Both new cameras are supported by GoPro’s enhanced cloud service which can automatically edit a highlight video from footage that is uploaded directly from the camera and then send the finished highlight video directly to the user’s phone. 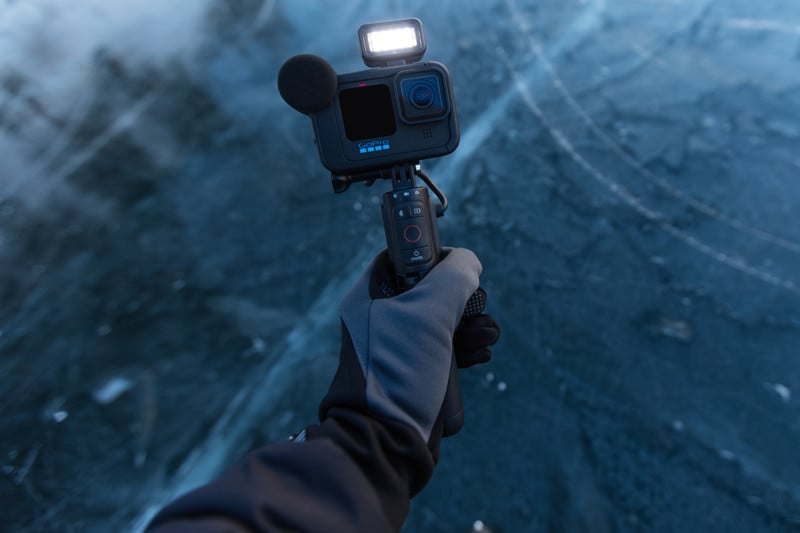 GoPro is also offering a Hero11 Black Creator Edition that comes with a long-lasting battery grip with built-in buttons for one-handed camera control that extends the record time to four hours. It also includes an optional microphone, external mic input, an HDMI port, an LED light, and two cold shoe mounts for additional accessories and costs $700 ($580 for GoPro subscribers).