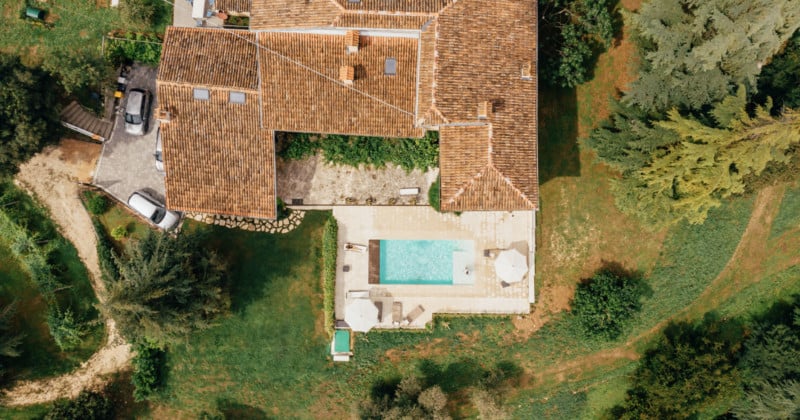 France is estimated to have about 3.2 million private swimming pools, but many of them are unregistered. Authorities are using satellite photos and AI to find them to recover about €10 million in unpaid taxes.

The system has been developed by Google and French IT company Capgemini and was deployed by the French tax office to spot private residential swimming pools that were undeclared, and therefore untaxed, The Guardian reports. The system uses satellite imagery that is analyzed with artificial intelligence (AI) that cross-checks identified pools with real estate and tax database records.

French law states that modifications to properly, which include swimming pools and any permanent structures, must be declared with the tax office within 90 days of completion. Property taxes are based on rental values, so anything that would increase that would mean an increase in taxes. The Guardian estimates a pool of 30 square meters in size would result in a tax increase of about €200 per year.

The system was deployed about a year ago to examine nine French departments. Yesterday, the French tax office says that thanks to the AI camera analysis, it identified 20,356 private pools that were previously undeclared and will now extend the process across the entire country to not only look for pools, but also spot unregistered annexes, extensions, verandas, and even permanent pergolas. The Guardian reports that the French government is anticipating up to €40 million in additional tax dollars after the nationwide rollout.

The initial rollout of the software had a rather large margin of error — 30%. It was reportedly mistaking solar panels for pools and wasn’t able to recognize partially obscured taxable extensions. This second generation of software is supposedly far better and more accurate.

France is cracking down on undeclared property expansions, especially in the case of pools, due to the boom in construction that took place during the COVID-19 pandemic. This summer’s heat wave has caused the government to be stricter about water use as well, and unregistered pools make that endeavor more difficult.

The AI-driven satellite photo analysis is somewhat controversial, but not for the reasons that might be expected. The issue with citizens isn’t the idea of being evaluated by an eye in the sky, but more that Google is involved since the company has previously had some disputes with French tax authorities, Le Parisien reports.