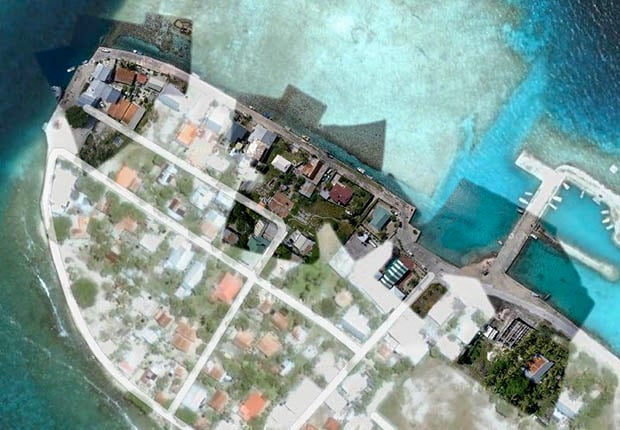 Frank Taylor, the guy behind the unofficial Google Earth Blog, is currently on a 5 years sailing trip around the world called The Tahina Expedition. Google is actually a partner in the expedition, and is acquiring content generated by the trip for use in their products. One thing Taylor has been doing is taking aerial photographs of locations using a kite, resulting in imagery that’s much clearer than the photos Google gets from their satellites up in space. Google has already begun incorporating some of these images into their products, as you can see from this Google Maps satellite view of Manihi in French Polynesia.

Check out this Picasa album to see behind-the-scenes photos of Frank setting up his kite and shooting photos.

Here’s a 100% crop at the highest zoom level in Google Maps of the kite imagery: Now compare that to a crop from the highest zoom level of satellite imagery, found near Golden Gate Bridge in San Francisco,