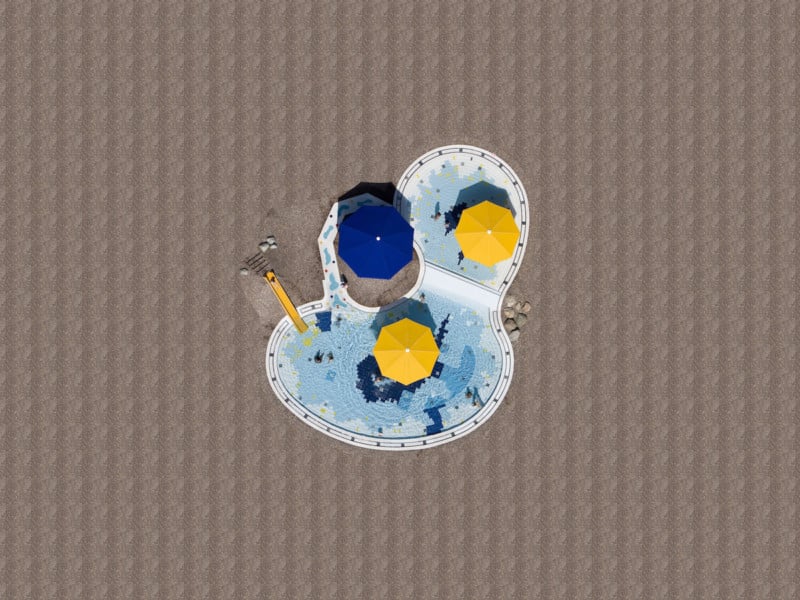 The subject of German photographer Stephan Zirwes‘ series Pools is self-explanatory. But while any straight-down, aerial images of pools captured from a helicopter might make for an interesting photo subject, Zirwes’ surreal twist to the images adds something extra.

The images are real photos of real pools around southern Germany that Zirwes captured from a helicopter, but he then took the images into Photoshop and expanded the pool decks out to the edges of the frame digitally. In this way he isolates the subject, removing distracting elements entirely and giving the final images an eerie quality.

And that eeriness is probably purposeful. The project is ultimately about water: how we use it, and how we waste it. Water as entertainment instead of sustenance.

In most regions of the world these pools are reserved for private usage and are a massive waste of drinking water. Public pools can still be a symbol for the importance that water should be free and accessible to everyone. 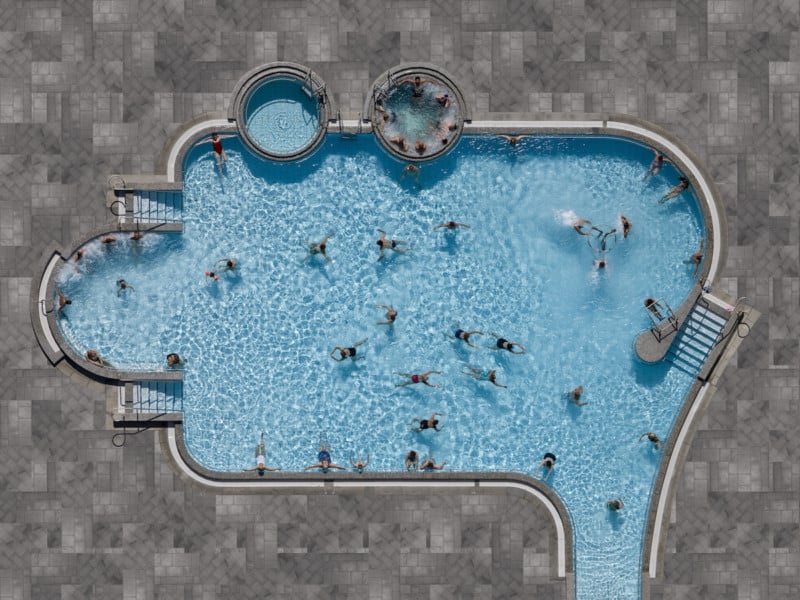 The series actually earned some recognition a week ago when Zirwes was awarded third place in the Architecture category of the prestigious Sony World Photography Awards. Well-deserved.

You can see more of Zirwes work—and view larger images from his full Pools series—over on his website.

Image credits: Photographs by Stephan Zirwes and used with permission.