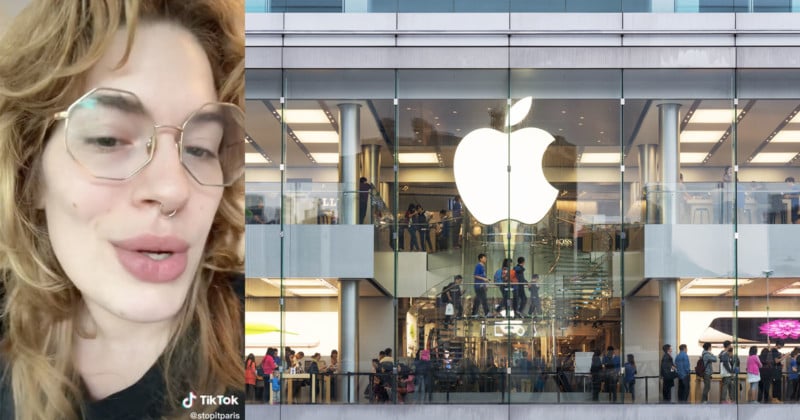 An Apple employee has claimed that the tech giant is threatening to fire her after she posted a viral TikTok video with basic iPhone security tips.

Paris Campbell says she was told that she breached company policy by identifying herself as an Apple employee and posting about Apple-related topics in the clip which amassed over 7.6 million views in 24 hours, reports The Verge.

Last week, Campbell, who has worked at Apple for over six years, made a TikTok video in response to another user called Stella Kim, who had their iPhone stolen at Coachella Festival.

After having her phone stolen, Kim began receiving threatening text messages from the thieves saying her personal information would be sold on the black market unless she removed the iPhone from her Apple ID.

In the clip, Campbell, who has most recently been employed as a repair technician for Apple, says: “I can’t tell you how exactly I know this information, but I can tell you that for the last six years, I’ve been a certified hardware engineer for a certain company that likes to talk about fruit.”

Campbell advises that Kim ignore the extortionists. She then explains the iPhone Activation Lock and reassures the victim that the thieves do not have access to their private information.

“Your phone is actually useless to them, and you’re the only person that can save them, and I suggest that you don’t,” says Campbell.

According to The Verge, Campbell received a call from a manager at Apple shortly after the clip went viral. The manager ordered her to remove the viral video or she would be subject to disciplinary action “up to and including termination.”

When she asked what would happen if she left the video up, she says the manager walked back the original comment and said he would get back to her.

Over the weekend, Campbell posted a second video titled “dear Apple,” where she revealed that she was an Apple employee and said she was still waiting to hear if she was going to be fired for sharing publicly available iPhone security tips in the video.

The company’s social media policy warns employees against posting about customers, colleagues, or confidential information — but Apple does not specifically prohibit employees from posting about the technology entirely.

“We want you to be yourself, but you should also be respectful in posts, tweets, and other online communications,” an internal document reportedly states.