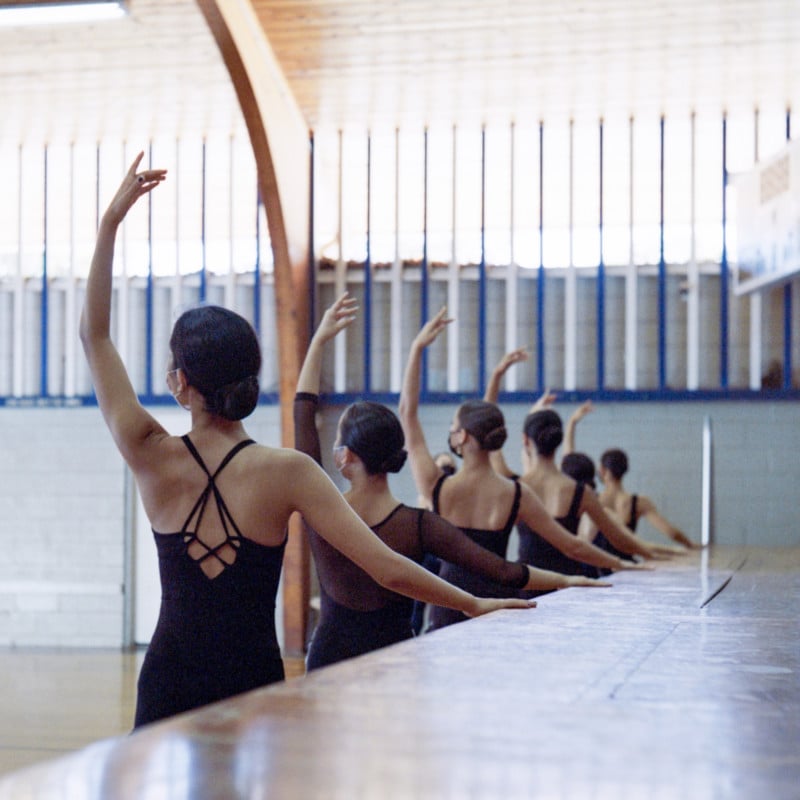 When gazing at the photo series Ballet on Film by photographer Lisa Cho, it’s natural to become enraptured by its charming conveyance of elegance, perseverance, and depth. The self-taught photographer — who began her career in her 30s — aims to translate her love of cinema and “beauty” through the lens of her treasured Yashica 635.

This camera holds special meaning for her since she first fell in love with it after watching the film Finding Vivian Maier.

“While I do have a few other film cameras, this is by far my favorite. As of today, [the Yashica] is 52 years old and still creating great photos. The vast majority of my film work is created using this camera and shot on Kodak Portra 800,” Cho says, speaking with PetaPixel.

The film choice aids Cho in her quest to capture indoor and nighttime shots when there is low light. Although she admits it is a bit pricey, it is a well-spent investment, given the results. 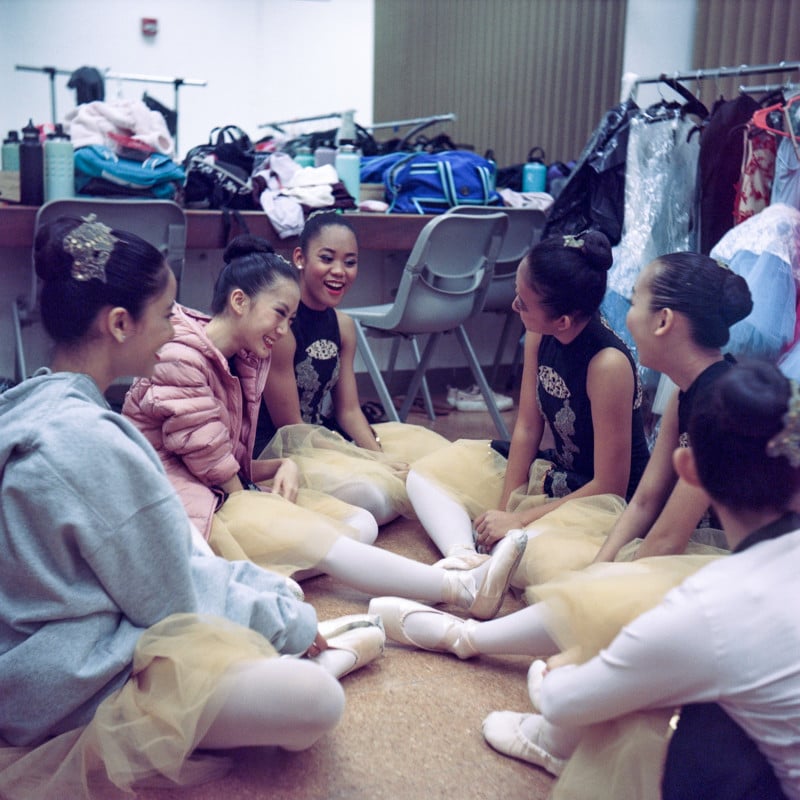 The camera also proved to be an excellent asset when she embarked on her latest project Ballet on Film, Cho’s passion-fueled vision to capture the inner workings of a ballet company in Honolulu, Hawaii. The project, which began as a way to highlight and celebrate the unique expression of ballet on the island, also shifted to a more poignant and intimate gaze at ballet itself and the arts during a global pandemic.

Cho reveals the three-year story of the Honolulu classical ballet company starting with shots pre-pandemic, to its center, to a finale that depicts a joyous return to the stage.

She also shares that she didn’t take many photos during each session. 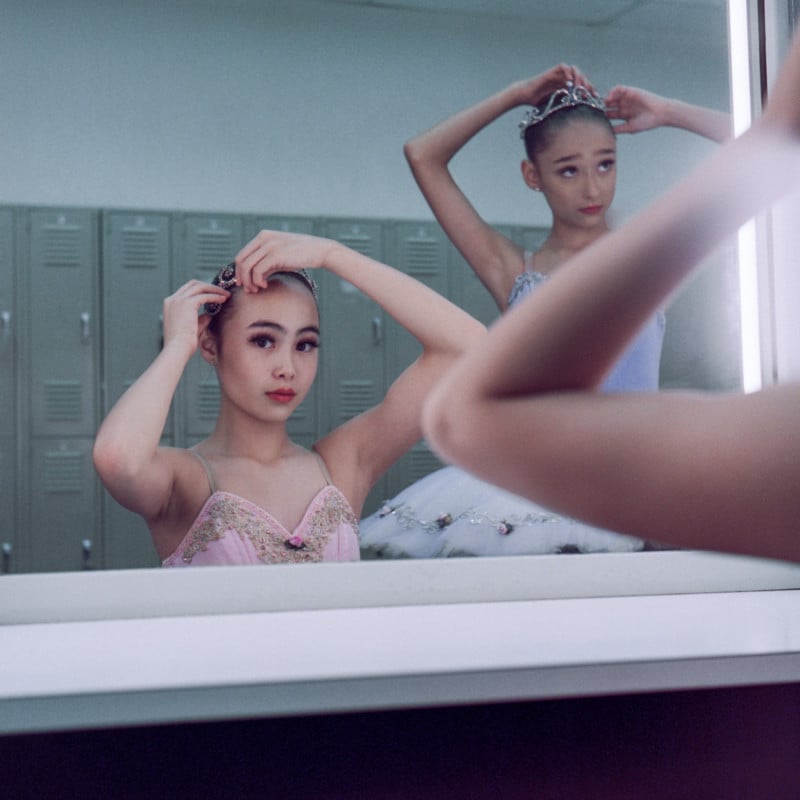 “I shot 36 photos for most chapters of Ballet on Film. When you shoot that little, you really think about each photo,” she says.

“You think about the subject, the background, the emotions of a scene, and the story you are telling. Shooting film slows you down in this fast-paced, instant gratification world we live in and makes you a better photographer.”

With its dancers ranging from three to 16 years old, it was a first for Cho to work with these younger ages. But most challenges hailed from the nature of the pandemic and what that did to affect capturing intimacy and emotion. 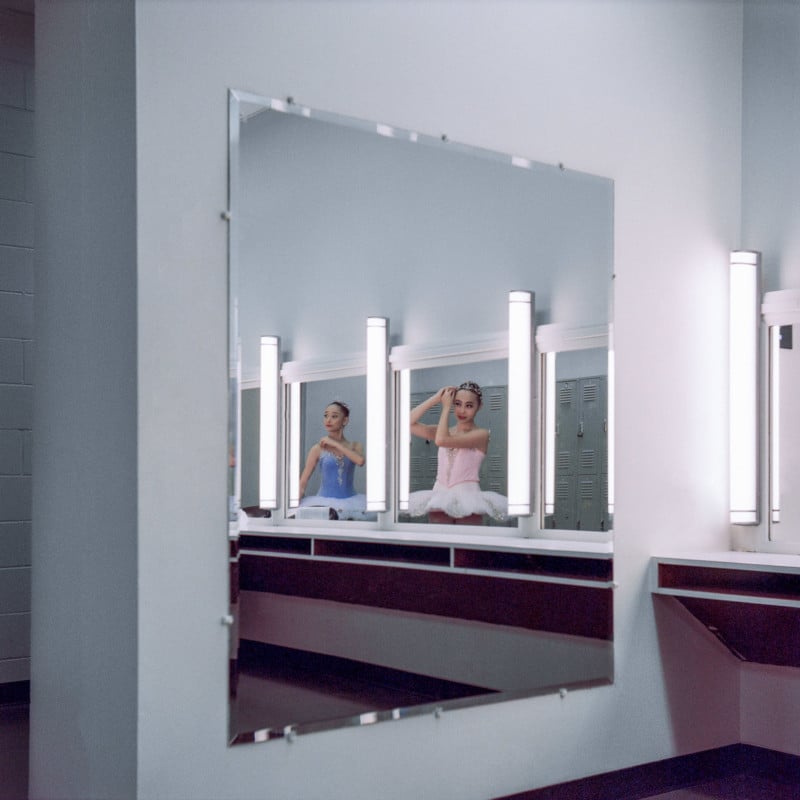 “The most difficult part of the pandemic in regards to Ballet on Film has been the masks. Art is emotion and a subject’s face communicates so much of how they are feeling,” she says.

“Although social distancing is a phrase synonymous with COVID, because we were at unconventional venues, not a traditional raised stage with wings on either side, I was able to position myself much closer to the dancers. I love being close. That’s where I find the intimacy and emotions of the story.” 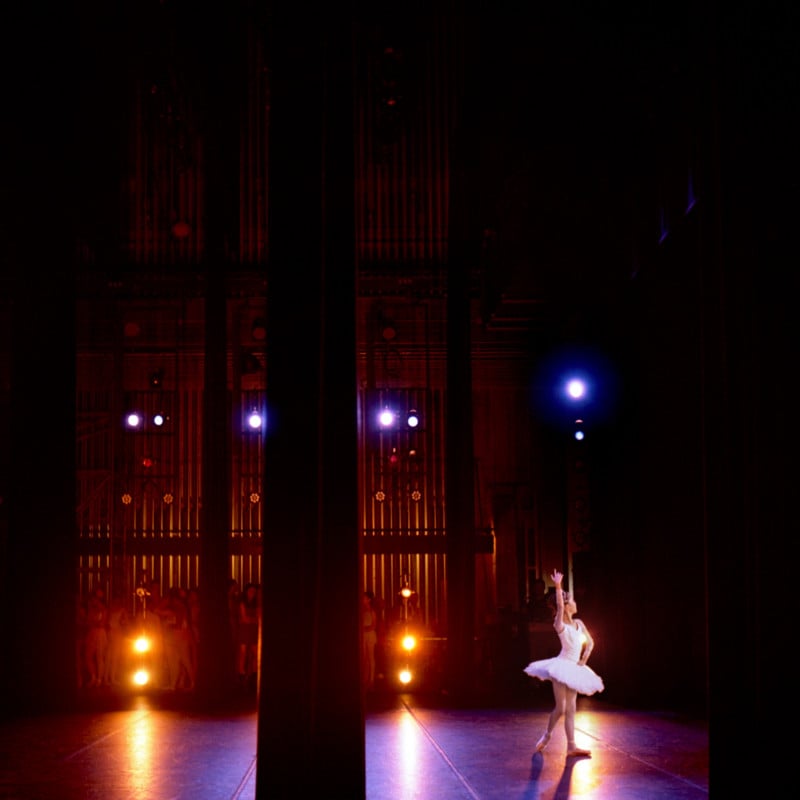 From the start of the series, Cho sought to illustrate the behind-the-scenes or rather the story behind the story. This was a main point of interest for her; capturing the fine details that go into creating a final performance.

“There’s a similar thread that is woven into my process. The pre-production and post-production are as important as when the image is shot, sometimes more important. The dancer’s preparation before the performance is what will shine when the curtain is raised.” she says. 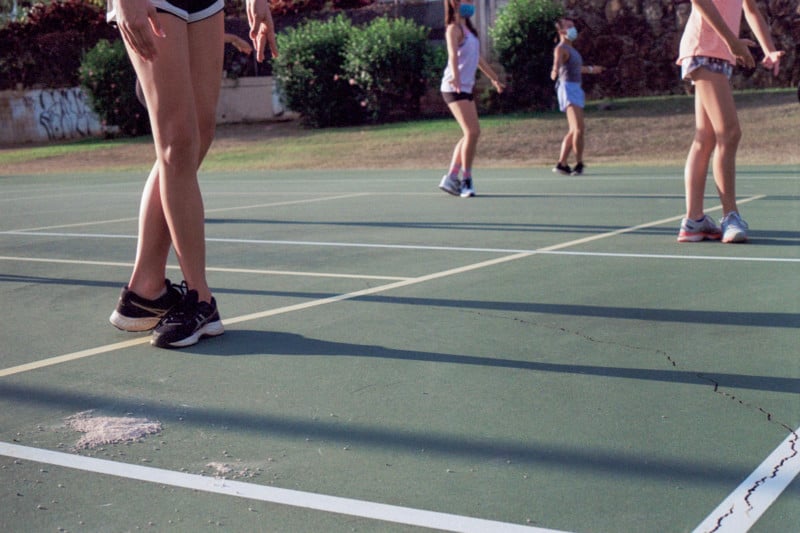 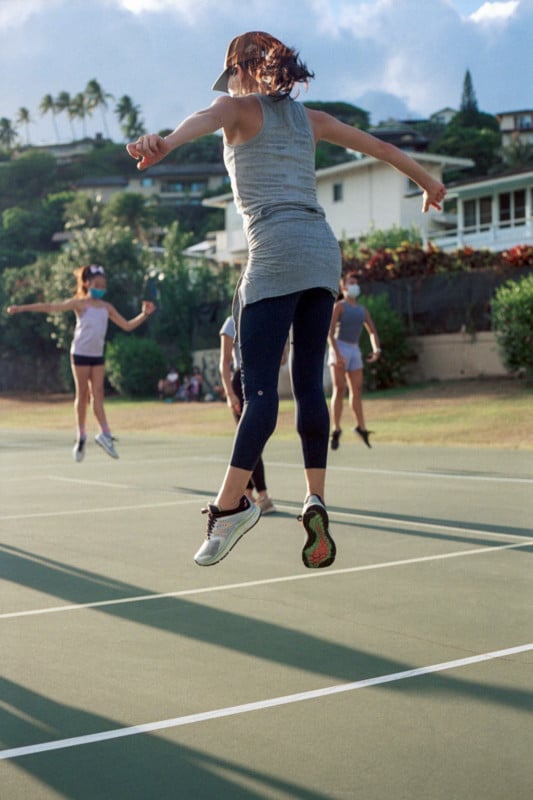 Cho’s film and technique pinpoint several choice moments in a way she believes only film can.

“Film photography is about creativity, intrinsic beauty, depth, and all the intangibles that words can’t necessarily describe. It’s about slowing down, thinking through a scene not rattling off 30 photos because I have space on my memory card, it’s about the experience and doing something tangible in the intangible world. Everyone views the world through their own unique lens, film photography lets me retell the story the way I experienced it.”

As an outside observer of the series, it is also striking to identify the captured moments of perseverance displayed by each of the young dancers and notice a sort of mirroring and reflection of the kind of perseverance that many artists needed during the height of the COVID-19 pandemic. It’s just one of the many ways the series highlights the effectiveness of Cho’s visual storytelling capabilities. 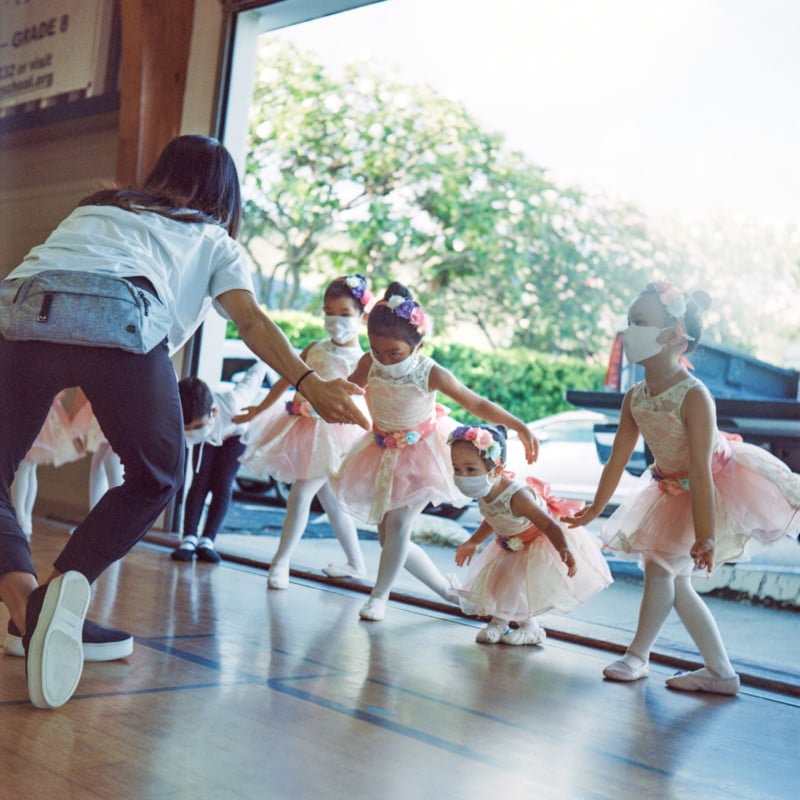 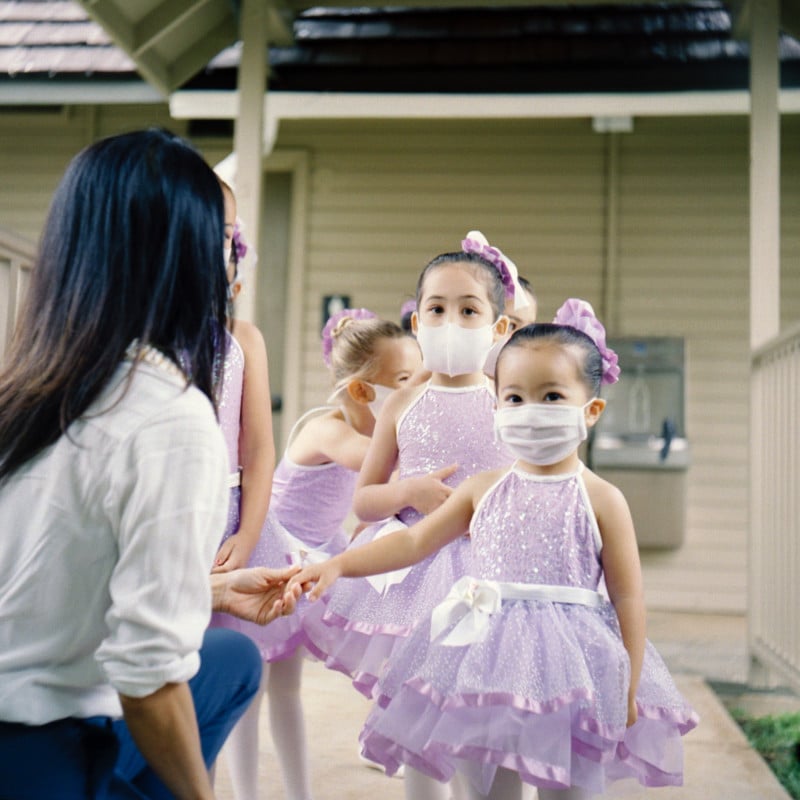 Cho has said that feedback on the series has been wonderful.

“And I was so lucky to have the support of my photography mentors, Floyd, Olivier, and Malcolm who continue to guide me.”

Cho hopes that Ballet on Film” shows a universally relatable story of resilience and innovation. 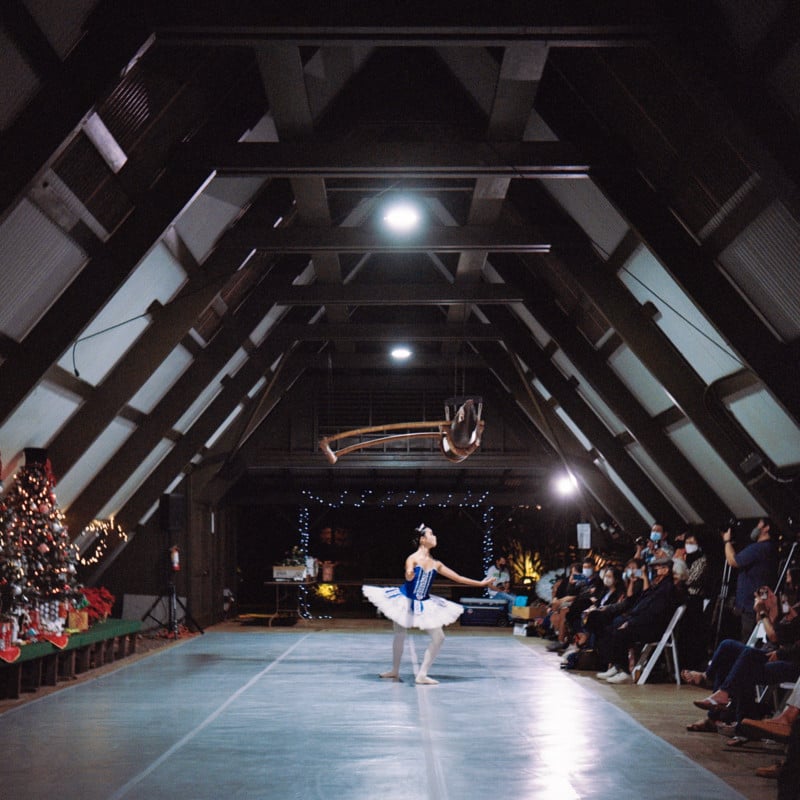 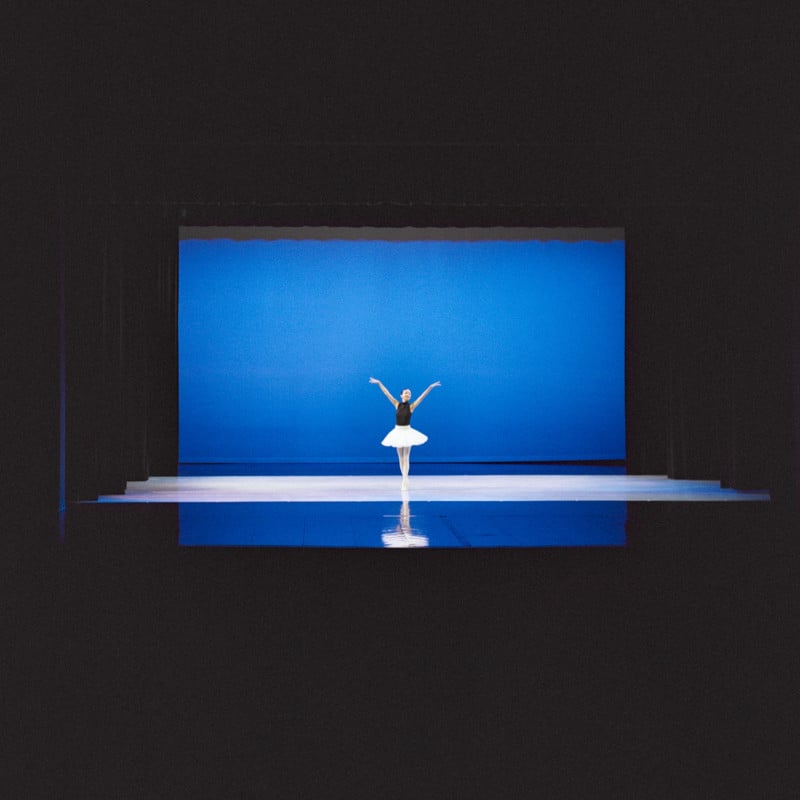 “Everyone in the world has been affected by the pandemic. We’ve all had to jump, twirl and pirouette into the new world. I hope this series will inspire others to keep creating and be grateful for the blessings we have in our lives. Light always shines through the darkness.”

Ballet on Film is on exhibition at Treehouse in Honolulu through August 4. For an in-depth look at the project, visit Cho’s website, Instagram, or watch her Photo Talk with Treehouse on YouTube.