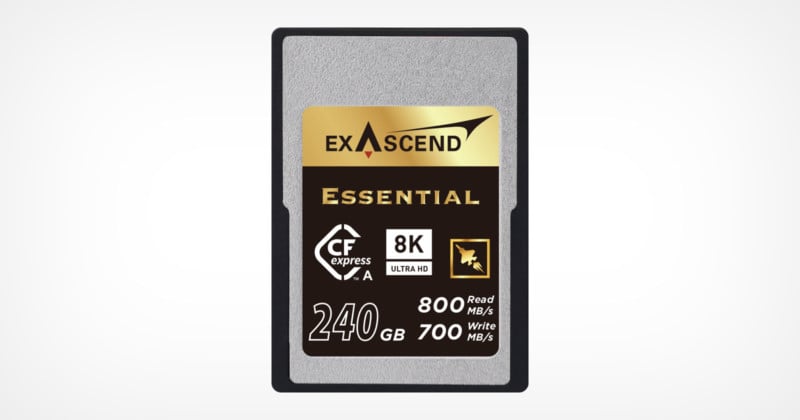 Exascend has announced a new series of CFexpress Type-A memory cards whose specifications match both Sony’s and Prograde Digital’s promised performance but offer a lower price and a new industry-highest capacity of 240GB.

Exascend is the fourth memory card manufacturer to announce cards for the CFexpress Type-A specification, following Sony, ProGrade Digital, and Lexar. The company says that its CFexpress Type-A cards, which come in 120GB, 180GB, and 240GB capacities, offer a maximum read speed of 800MB/s and a maximum write speed of 700 MB/s. More importantly, the cards promise a sustained write speed of 550 MB/s.

Not only are the cards as fast as the competition, but Exascend says that its CFexpress Type-A cards feature some “new breakthroughs” in the form of thermal management, CPU frequency scaling, and stable top performance.

The cards are equipped with Exascend’s Adaptive Thermal Control technology that it says manages thermals and ensures stable performance in “thermally demanding” environments such as high temperatures. The company adds that because CFexpress Type-A cards are so small, controlling temperature is a cornerstone in making sure that its cards operate at a high level.

The new cards also feature Exascend’s new SmartStream technology that it describes as a “disruptive technology” that dynamically scales CPU frequency and performance to cater to the use cases. 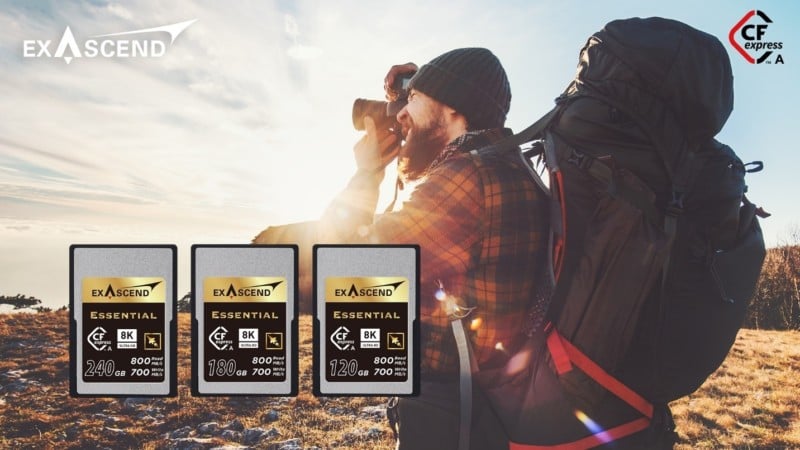 Finally, the cards incorporate Exascend’s SuperCruise technology, an algorithm that manages sustained performance which the company says allows the cards to handle critical memory tasks in a manner that leaves stable performance unaffected.

As noted, the cards boast a sustained write speed of 550 MB/s, which qualifies them for the Compact Flash Association’s (CFA) VPG 400 certification. But the cards don’t appear to hold that certification, which means they did either not pass or that Exascend decided not to pay the CFA for the certification process and associated badge. ProGrade Digital and Sony display the VPG 400 badge on their CFexpress Type-A cards (and Lexar will, too), making Exascend the first company to produce the memory cards in the CFexpress Type-A format specification without receiving the CFA VPG certification.

This is somewhat unusual, as Exascend was the first and one of the few companies that produce a CFexpress Type-B card that holds the VPG 400 certification, so its exclusion here is even more puzzling. Its cards have thus far tested well. 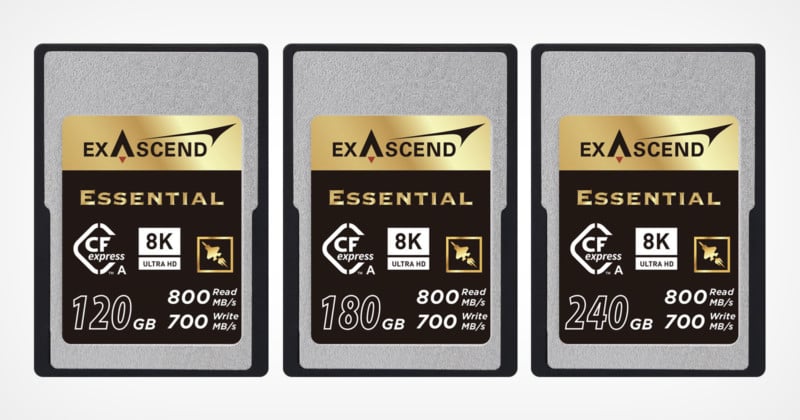 Whatever the case, the promised read and write speeds come close to or match ProGrade Digital and Sony’s speed numbers but come up short of what Lexar promises its cards can do. That said, Exascend is positioned to be cheaper than all of them.