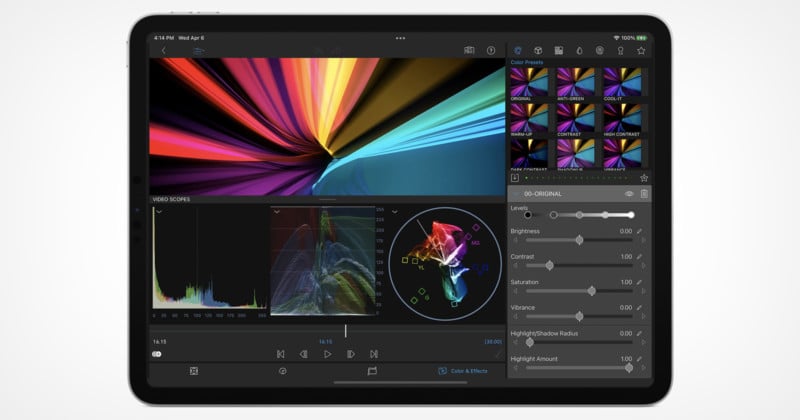 LumaTouch has announced what it calls a “major update” to LumaFusion, the mobile multitrack editing platform. LumaFusion v3.1 improves the color workflow experience by adding Scopes, which shows histograms, waveforms, and vectorscopes in real-time.

The company says that since Scopes work in real-time, LumaFusion editors will be able to see the results of settings changes immediately and animate them to see results during video playback. All the Scopes will work for both High Dynamic Range (HDR) and Standard Dynamic Range (SDR) color spaces.

The update also expands what LumaTouch says is an already extensive effects workflow with the ability to add multiple LUTs and effects to any clip simultaneously.

“This new feature streamlines and accelerates the workflow for creators while giving them creative freedom to quickly add a signature ‘look’ to their content,” LumaTouch says. “Customers can even combine in-camera LUTs and multiple instances of any effect to their footage for highly-stylized, professional looking sequences.” 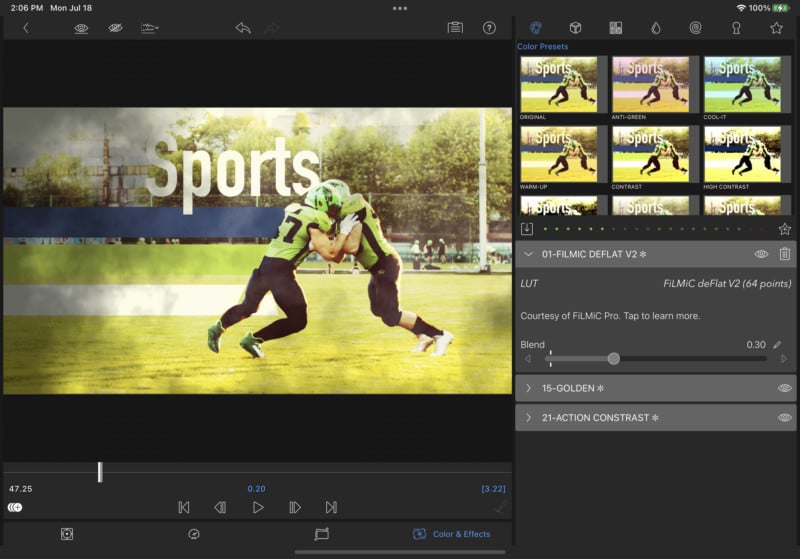 While these two color-based additions highlight the LumaFusion v3.1 update, the company also included several new features and workflow enhancements, many of which it says were inspired by feedback from the LumaFusion editor community.

New features include the ability to reorder audio effects for complete control over audio adjustments and the company says that automatic project backup management now stores current backups, plus one per day for the last 30 days, and one per month for prior months. Additionally, there is a new Import and Restore feature in the Project Manager that LumaTouch says makes it easy to find and restore automatic project backups. Finally, the update now leverages the new categorized and searchable keyboard shortcuts available in iOS 15. 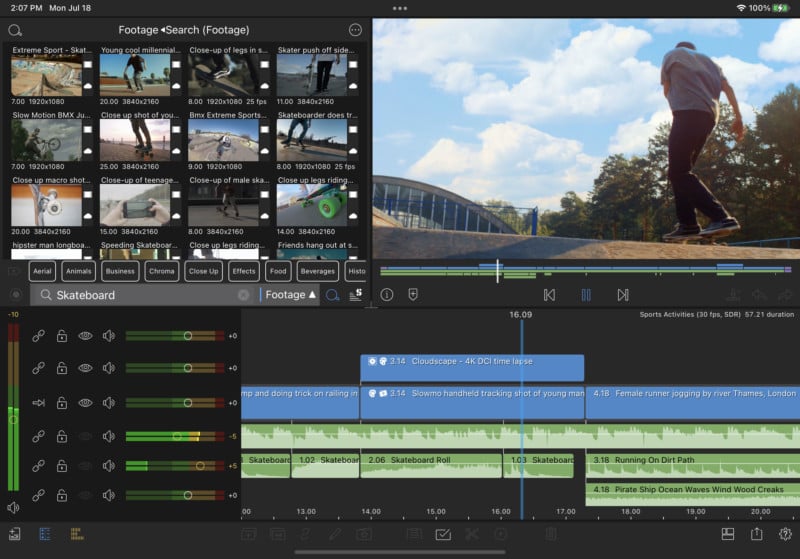 LumaFusion v3.1 also makes a number of workflow improvements. Dropbox now shows both personal and team folders for accounts that have Team Spaces. The company improved drag and drop and timeline lasso selection when using a trackpad or mouse as well as improved clip representation in the Timeline. LumaTouch says transitions clearly showing their connection to media clips now.

The app also has what LumaTouch says is improved UI styling throughout and improved readable project archive format that enables many future features, and the company says that it made “dozens” of other smaller improvements that it says makes editing tasks quicker and easier overall.

LumaFusion v3.1 is a free update for existing customers, and those interested in trying the mobile editor can find it in the Apple App Store for $30.