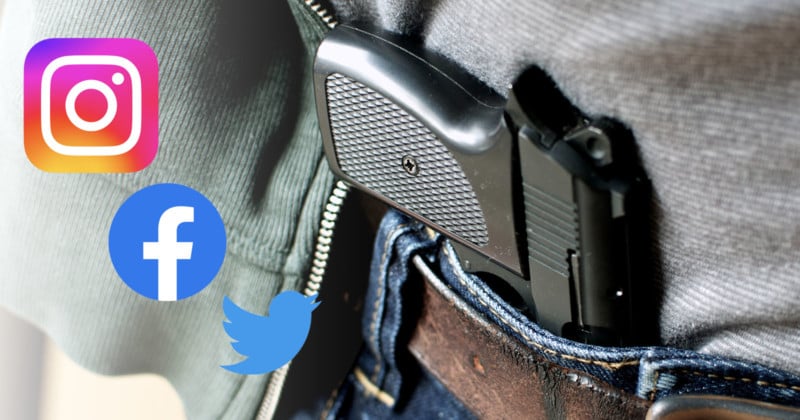 New York has passed a law that will ask those seeing a concealed handgun permit to submit their social media accounts so they can be reviewed for “character and conduct.”

The new requirement will take effect in September and is designed to put some limits on firearms after the Supreme Court determined that the previous New York concealed carry law was unconstitutional, ruling that most people have a right to carry a handgun for personal protection.

The law, signed by Governor Kathy Hochul last week, would require those applying for a concealed firearm carry license to list current and former social media accounts they have held within the last three years, the Associated Press reports. From there, the local sheriff’s staff, judges, or county clerks would be tasked with looking through those accounts to determine whether there have been any statements made that would suggest dangerous behavior or intent.

The law is designed to catch instances where dangerous individuals telegraphed intent online before committing a mass shooting. The AP reports that increasingly gunmen have published hints on social media of their intent to commit a mass shooting, including the gunman who killed 19 children and two teachers at a Uvalde, Texas, elementary school.

The law also requires applicants submit to hours of safety training to prove proficiency with firearms and they must also provide four character references and sit for an in-person interview.

Peter Kehoe, the executive director of the New York Sheriffs’ Association, and guns rights advocates say the law is an infringement on second amendment rights. The Sheriffs’ Association, which as mentioned would be tasked with reviewing these accounts, says that it has not been told if it would get additional resources for the increased workload.

“I don’t think we would do that,” Kehoe says, referring to the requirement to review social media accounts. “I think it would be a constitutional invasion of privacy.”

“Often the sticking point is: How do we go about enforcing this?” Metro State University criminal justice professor James Densley, cofounder of research initiative The Violence Project, says. “I think it starts to open up a bit of a can of worms, because no one quite knows the best way to go about doing it.”