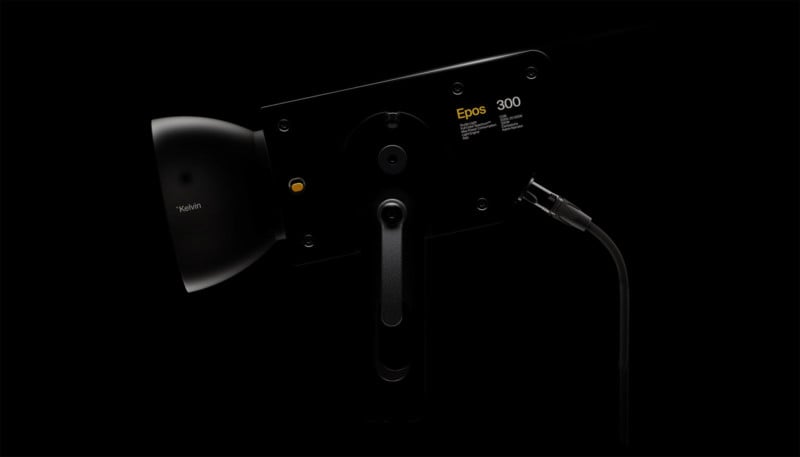 The Epos 300 is the first LED lighting product from Kelvin, a new brand that has been created by LED research company Rift Labs. It promises full RGB, best-in-class LUX output per watt, and seamless and intuitive control.

Kelvin describes itself as a premium light brand developed by LED technology company Rift Labs, which it says has a proud history of manufacturing award-winning cinema lighting fixtures and lighting software for the global market in video and photo since 2010 with over 50,000 products sold. It chose to launch Kelvin as a new brand instead of keeping it within Rift Labs to avoid confusion in its current customer base, otherwise, it would be mixing photo and video products with its vertical farming line of LEDs. The Epos 300 is handmade in Scandinavia and Kelvin says that it has been designed and built “without compromise.” It is the first of a line of products the company intends to release and is built with a 6mm aluminum housing (which it says exceeds structural requirements to conduct heat better away from the light). It can be controlled through the Kelvin Narrator Bluetooth app for smartphones, a DMX, or the Lumen Radio Skynode (which is included, seen below). The Epos 300 is powered by two V-mount batteries or AC power and accepts lighting modifiers via a Bowens mount. 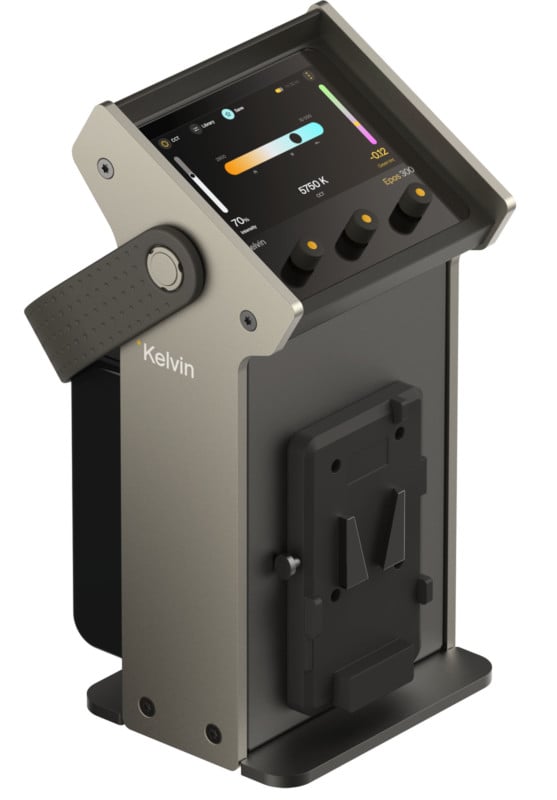 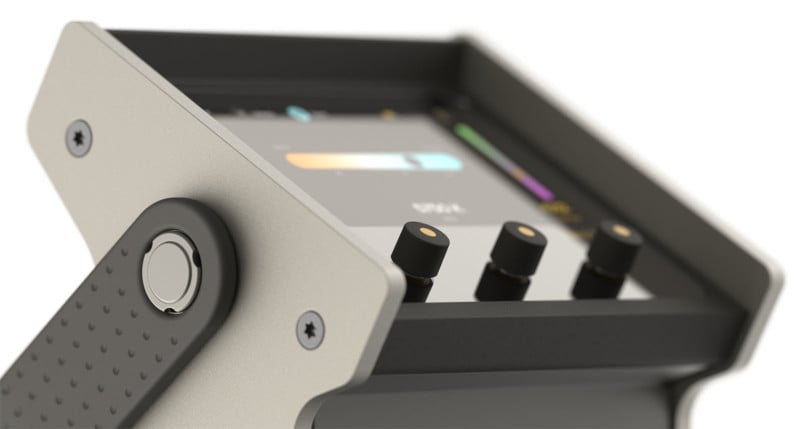 Kelvin positions its Epos 300 as easier to use because it doesn’t require dimmers, gels, or lighting boards to operate. Instead, all of the controls are located in a single unit. IT features a color temperature range of 2,800 to 20,000 kelvin (plus or minus 100 kelvin), and has a color accuracy rating of CRI 95 and TLCI of 97.

“For the past decade, we have been on the mission to create a light that has it all. So we sat down with cinematographers, scientists, coders, and engineers and listened to what they think is the perfect light,” Kelvin says. “Obviously, perfection is subjective but we are convinced that we came pretty close, especially regarding technical features and long-lasting quality.” 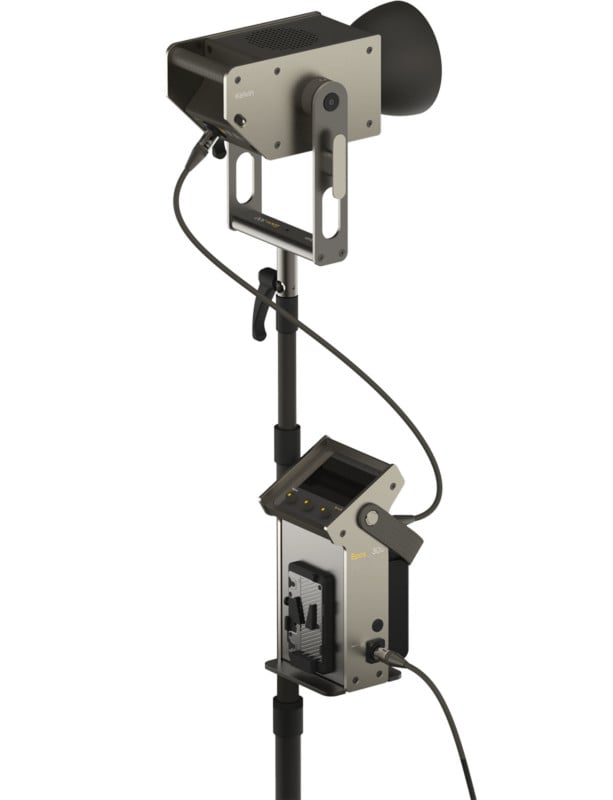 The company says the Epos 300 is “almost unbreakable” and can handle being pushed harder than a traditional tungsten workhorse light. As such, it comes with a three-year warranty, a lifetime of customer support, and a “risk-free” 180-day trial. Every unit includes a waterproof rolling hard case. The Kelvin Epos 300 can be pre-ordered for $2,500 and the company expects to ship units by September.

Update: A previous version of the story incorrectly stated the color temperature range. We apologize for the error.