The updates are mainly workflow related, but there are a few changes that add new features to the video editing platform.

Adobe has added new proxy badges to the Project panel that it says will help editors easily distinguish between proxy and source media while editing. The company says that editors can also burn-in proxy watermarks for “absolute certainty.” Additionally, Proxy files now default to ProRes format, which Adobe says is a better format to use when working with proxy files.

The update also adds a new Essentials workspace, which Adobe positions as a clean and simple layout that presents the panels in a left-to-right workflow with abundant space for the timeline across the bottom of the screen.

In the Essentials workspace, all core Premiere Pro functions are easily accessible without requiring editors to switch workspaces and it is optimized for using Premiere Pro on a laptop or a single screen. 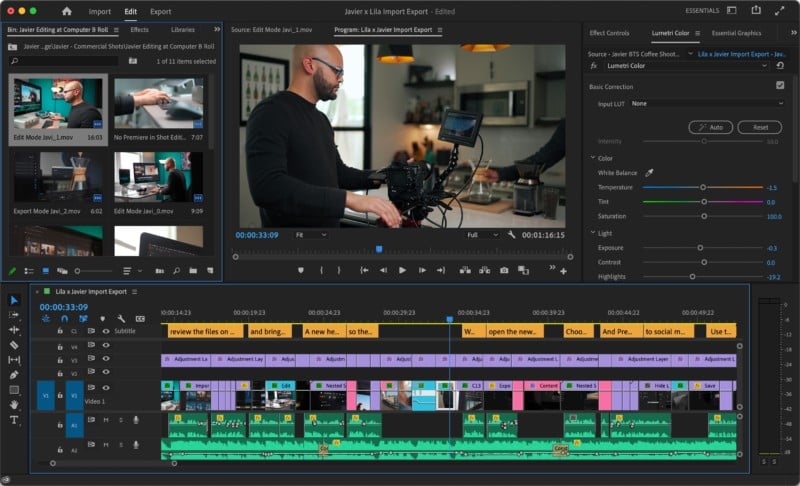 There is also a new Vertical Video workspace that is optimized for vertical content. The workspace will be most useful to social media creators who work in vertical formats.

Premiere Pro has also added the ability to add gradients to strokes or shadow graphics. Gradients can be linear or radial and based on opacity, color, or a combination of the two.

“Design elements like these are widely used for decorating Asian characters, such as Japanese and Korean video content, and provide additional parameters for users who are upgrading legacy titles in Premiere Pro,” Adobe says. 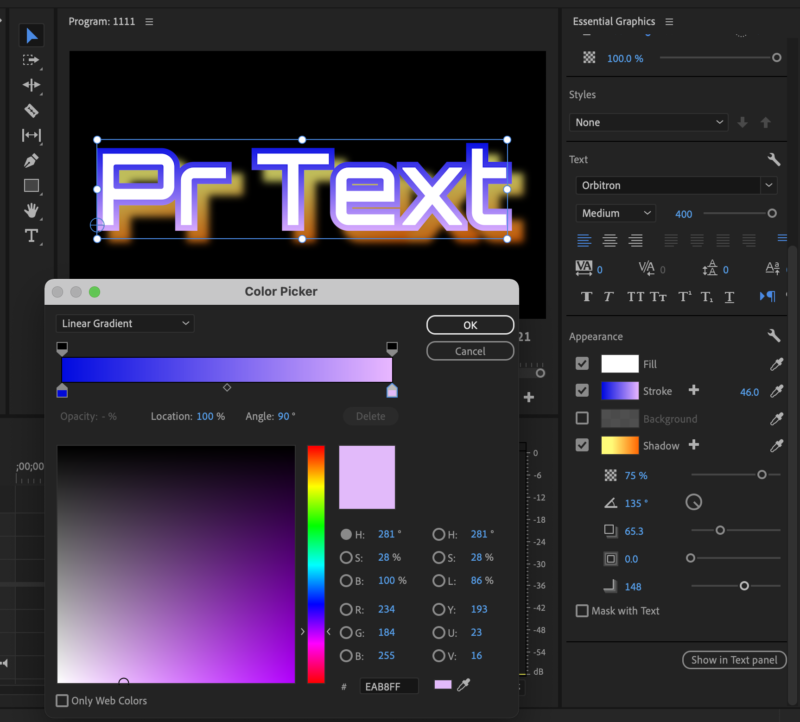 An example of the effect can be seen on Adobe’s website.

Adobe also has added support for the RED V-Raptor camera along with more GPU-accelerated effects. These include Magnify, Replicate, Spherize, and Wave Warp. Adobe says that GPU processing means faster performance for these effects, smoother playback during editing, and faster rendering and exports.

These updates to Premiere Pro are available starting today.