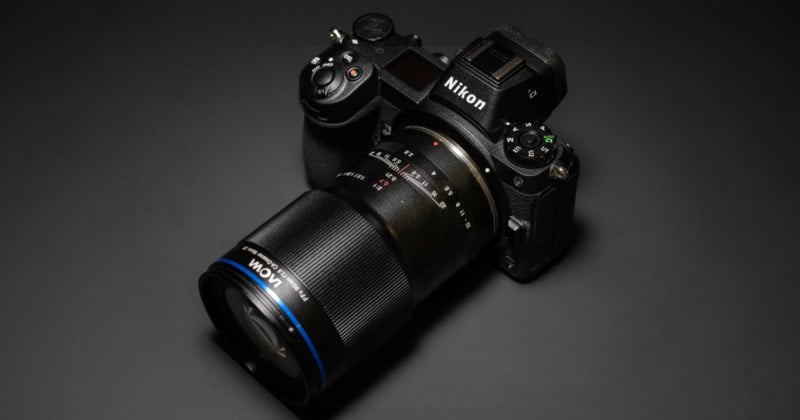 The lens comes four years after Venus Optics launched its 100mm f/2.8 2x Ultra Macro APO and becomes the eighth addition to the Laowa 2:1 magnification macro lens lineup. Venus Optics says that this new 90mm lens not only inherits the same 2:1 magnification to infinity capability and APO design of its predecessors but comes in a much smaller size.

The lens magnification ranges from 0.1x to 2x which the company says allows photographers to capture objects of different sizes easily without having to swap to a different lens. It also provides more flexibility in framing photos. Venus Optics says that the APO (apochromatic) characteristics of the lens are favorable to macro photography because it can reduce post-production time and improve image quality. The company says that the lens delivers “excellent” image quality and corner-to-corner sharpness. 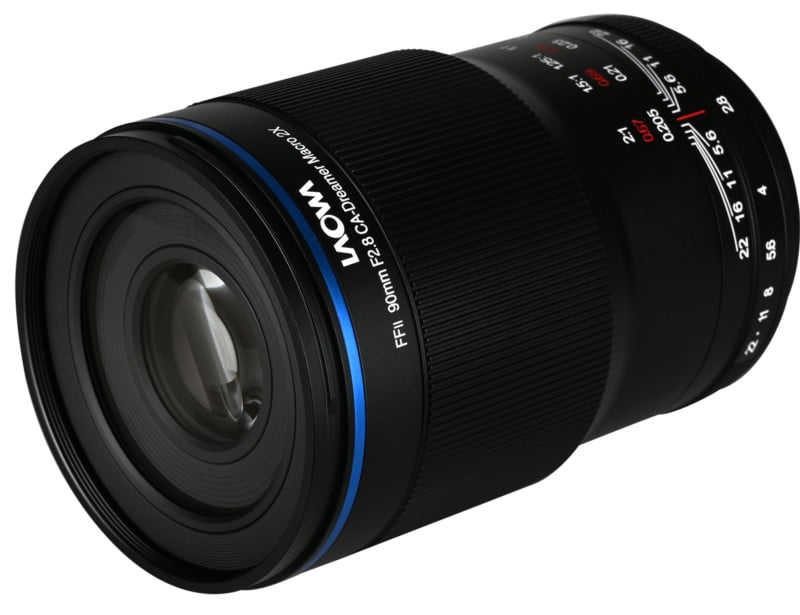 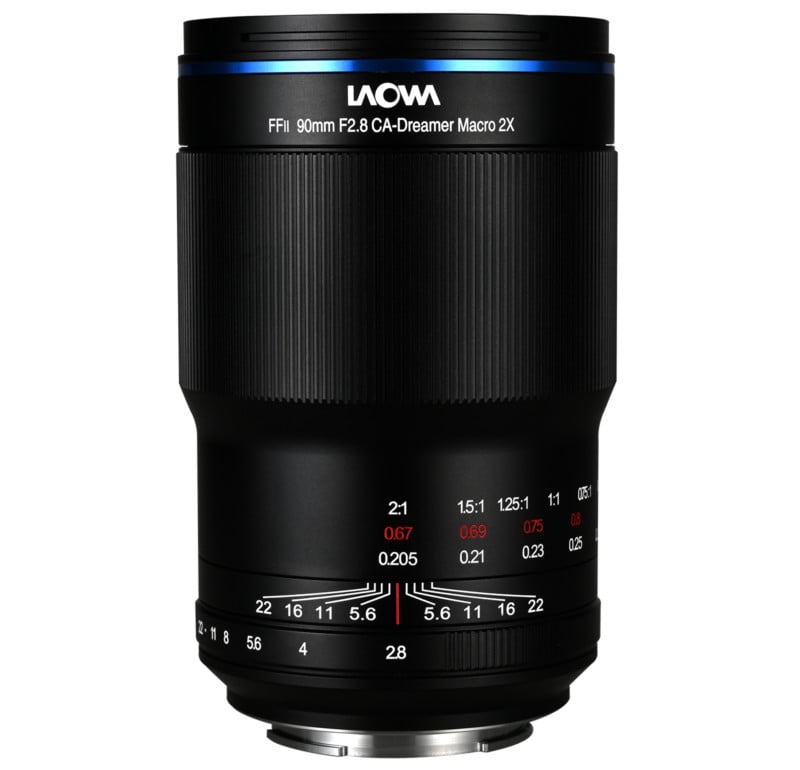 The lens features an aperture range of f/2.8 through f/22 through a 13-bladed diaphragm, a design that Venus Optics says provides for pleasing and “creamy” bokeh. The 90mm f/2.8 is a fully manual focus lens that has a minimum focusing distance of 205mm (about eight inches). The front filter thread size is 67mm.

The lens focuses internally which Venus Optics says helps prevent collision of the lens itself with the subject and can also prevent dust and grime from entering the internals.

The lens weighs 619 grams (about 1.36 pounds) and has dimensions of 74 by 120mm, which Venus Optics says makes it one of the smallest options on the market compared to equivalent lenses. 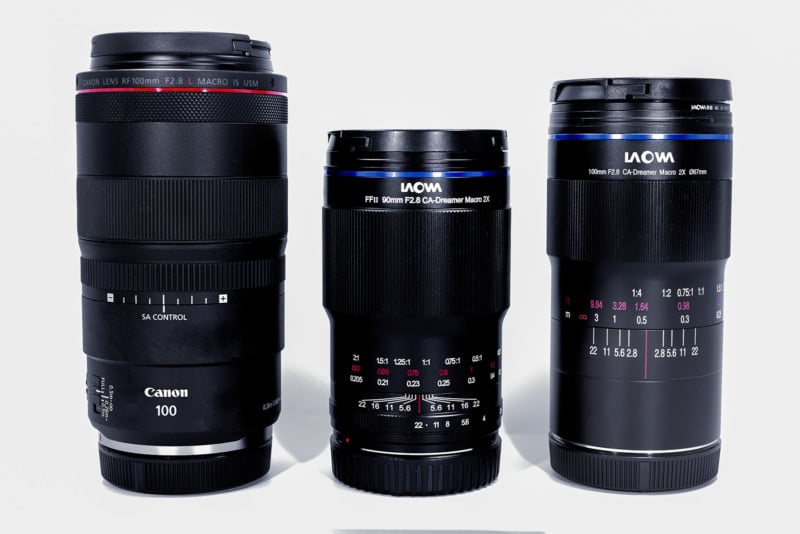 The lens is constructed of 13 elements in 10 groups, which includes three extra-low dispersion (ED) elements that Venus Optics says suppress longitudinal and lateral chromatic aberration across in-focus and out-of-focus areas. The company says that purple fringing and ghosting are controlled throughout the aperture range.

Below are a few sample images captured with the new 90mm f/2.8 lens, provided courtesy of Venus Optics: 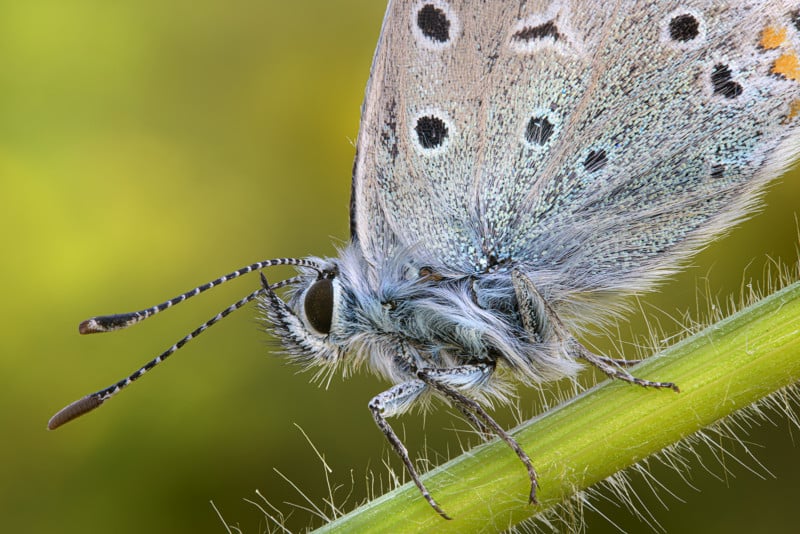 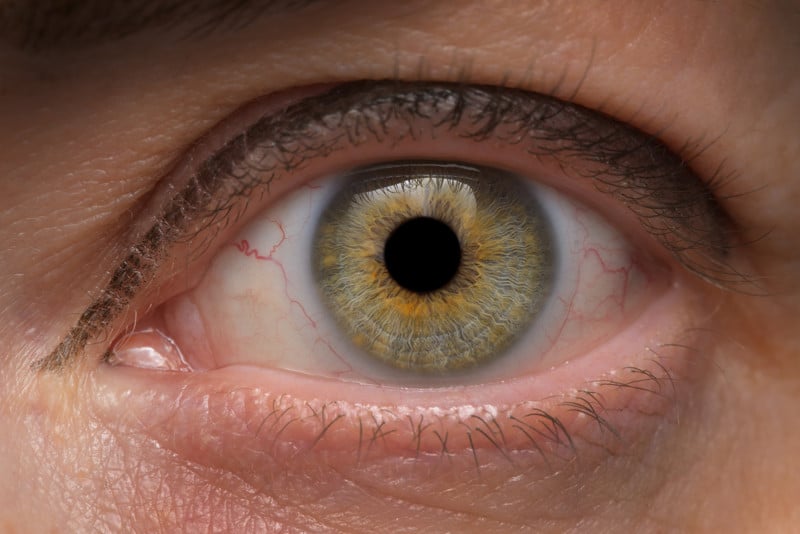 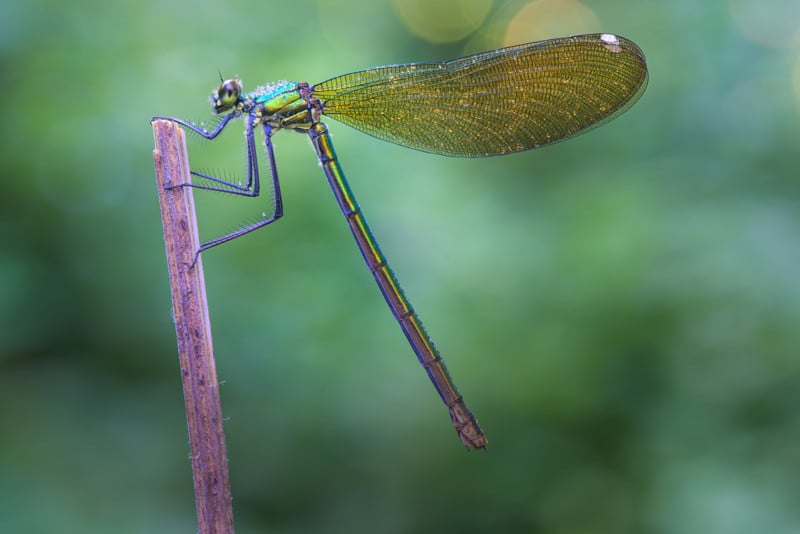 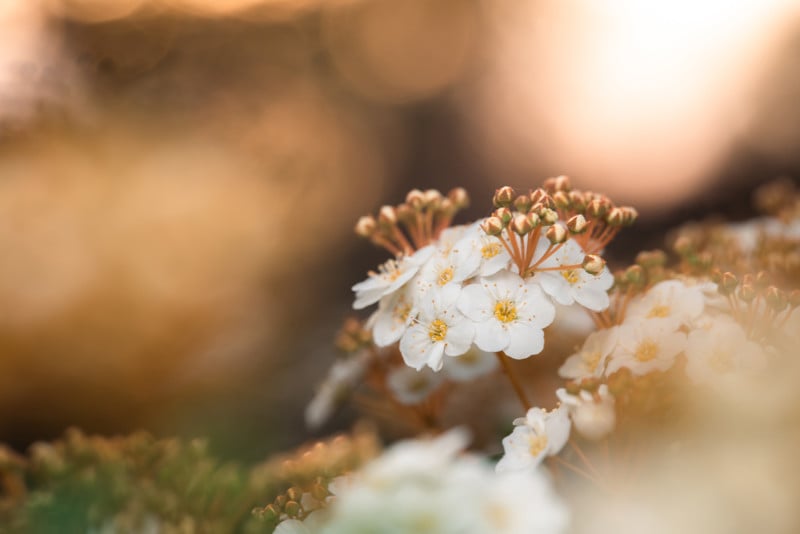 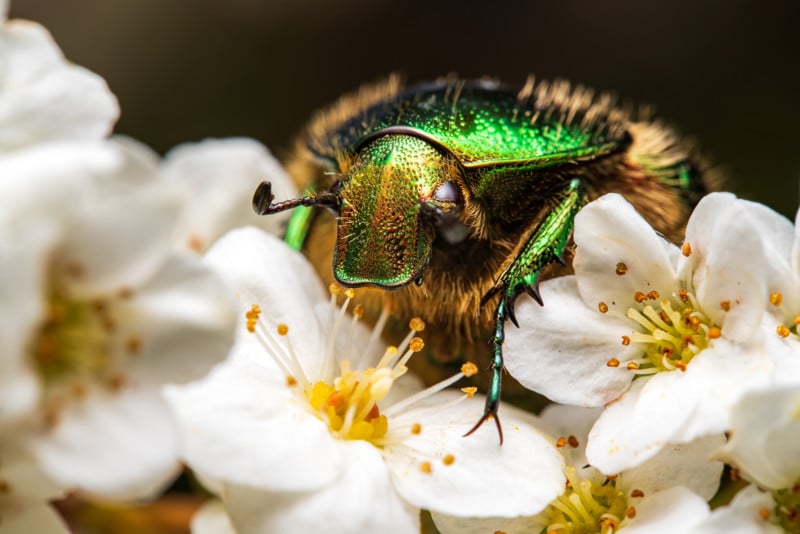 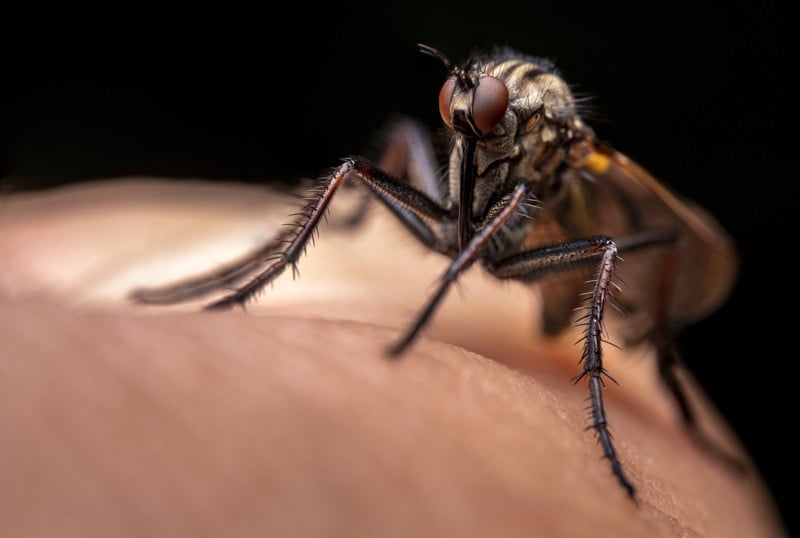 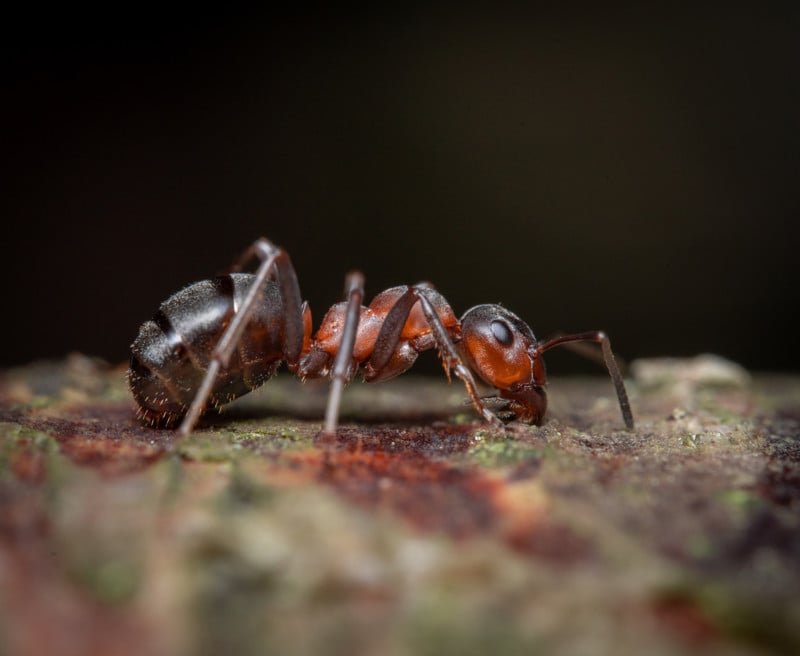 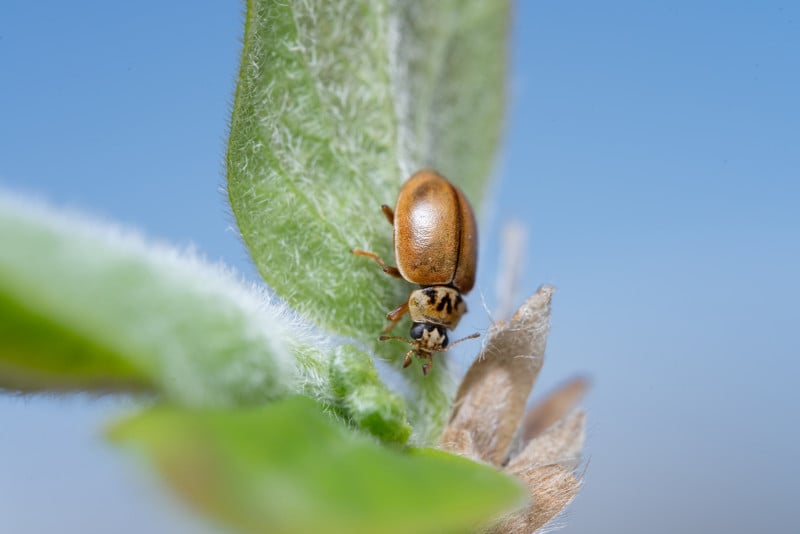 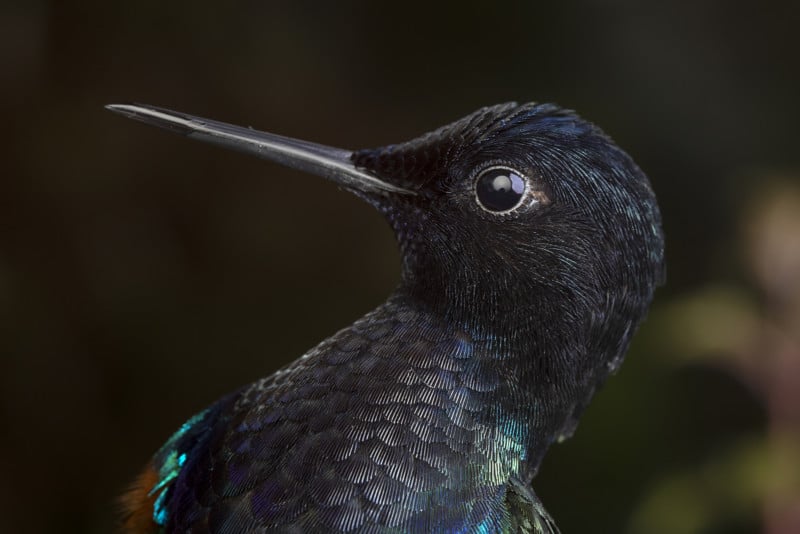 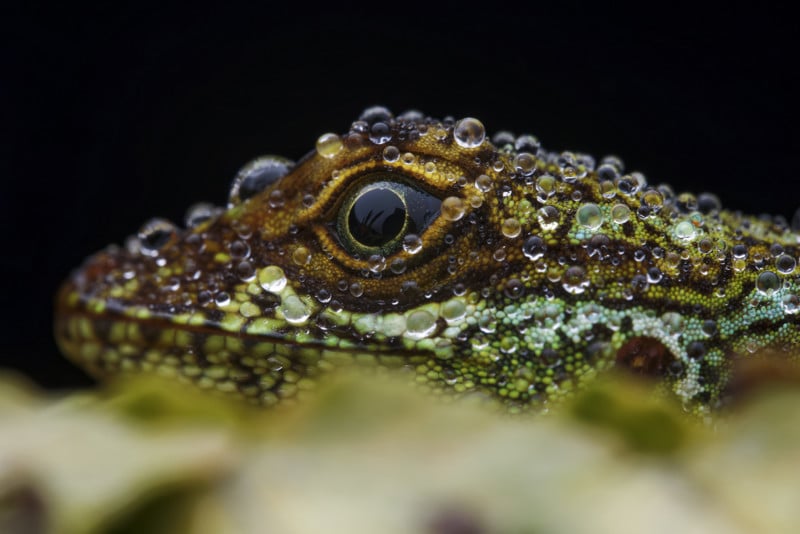