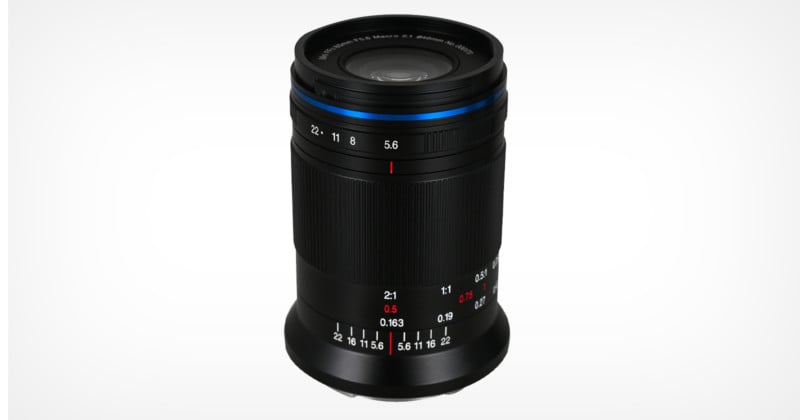 Venus Optics has announced the Laowa 85mm f/5.6 2x Ultra Macro APO, a lens it claims is the smallest 2x macro for any full-frame camera. It is available for Nikon Z, Canon RF, Sony E, and Leica M mounts.

Venus Optics says that the Laowa 85mm f/5.6 2x Ultra Macro APO is specially designed for Full Frame mirrorless cameras and is also the most compact 2x macro lens on the market. It weighs just 259 grams (9.12 ounces) and is 3.18-inches long by 2.08-inches wide. The company says that the APO design allows the lens to produce photos with minimal chromatic aberration. 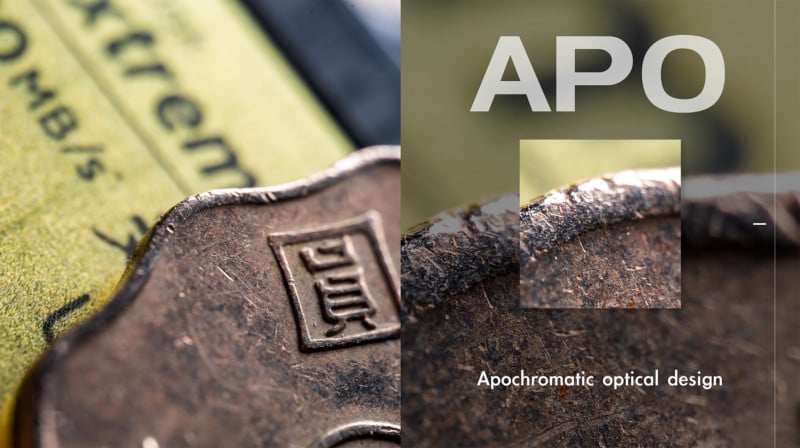 Designed to create a “burdenless macro experience,” the Laowa 85mm is made to cast aside the normal bulky and heavy macro lenses that are available without sacrificing image quality. To do this, Venus Optics did limit the speed of the lens, although some have recently asked for exactly this approach. 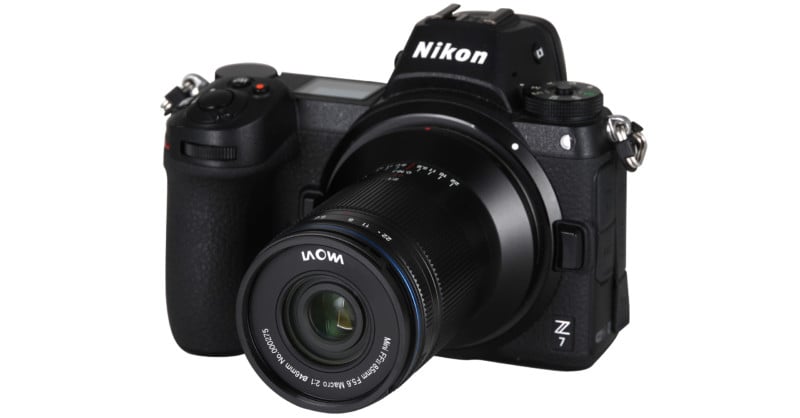 In an opinion published in late November, PetaPixel contributor Alan Adler proposed that manufacturers focus on making macro lenses that were slower, longer, and lighter. While the Laowa 85mm f/5.6 isn’t terribly long, Laowa appears to have delivered on the bulk of his requests.

Venus Optics says that the lens can focus from infinity to 2x magnification and features a minimum focusing distance of 6.31-inches. At 2x magnification, small objects that are normally difficult to see are captured with considerable detail and Venus Optics’ choice to make the lens small and light means that it is more flexible and easier to use in a variety of shooting situations.

The Laowa 85mm f/5.6 2x Ultra Macro APO is constructed of 13 elements in nine groups, three of which are extra-low dispersion elements which Venus Optics says were added to eliminate color fringing at both in-focus and out-of-focus areas. The lens features a seven-bladed aperture diaphragm, an angle of view of 28.55-degrees, and a front filter thread size of 46mm. The lens also features internal focusing so that the physical length of the lens does not change during use.

Below are a few sample images provided by Venus Optics that were captured with the new lens: