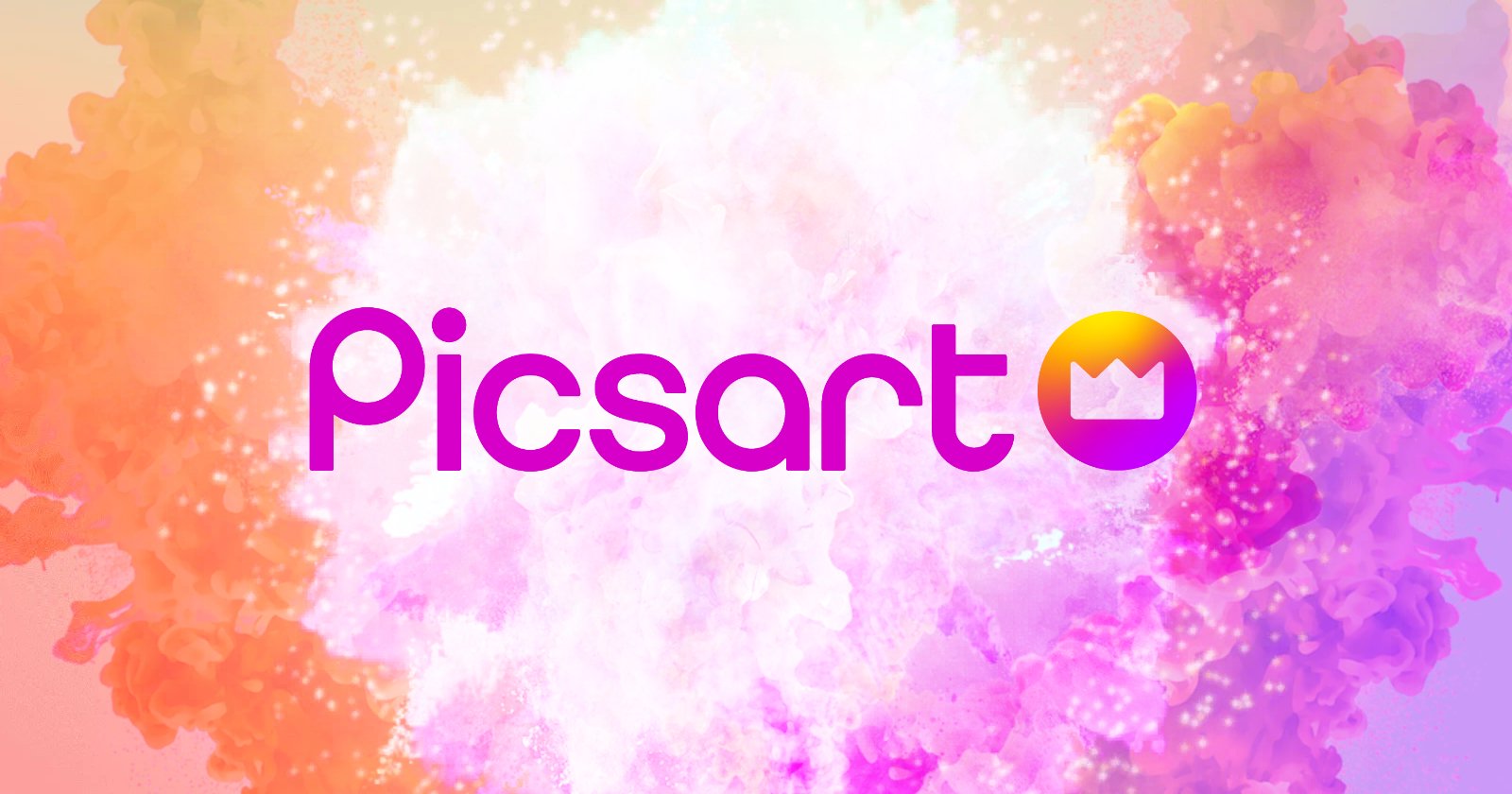 Picsart has gone from an upstart app for kids to one of the most popular photo editors on the planet: its users create more than a billion edits a month. Now it has its sights set on Adobe’s dominance.

Last year, Picsart received $130 million in Series C funding at a valuation of about $1.5 billion. When he first created the app, Picsart’s founder, and now CEO, Hovhannes Avoyan said that he just wanted to help his daughter, who came to him upset at criticism she received online for her artwork, which greatly discouraged her.

Avoyan found that while there were plenty of powerful tools for photographers and graphic designers, they were all difficult for the average person to get started with and use effectively. He tells PetaPixel that when he first built the app, he didn’t think that he was solving a major problem and only anticipated it as something that would help a small number of people.

But over time, he realized that his daughter’s struggles were mirrored by million of others. Picsart exploded in popularity, and grew even faster during the pandemic. Avoyan says that the needs of the creative community have radically increased in that time.

“Rather than being a niche and targeting only professional creatives, creativity became such a wide skill it’s almost like driving or reading. It became a universal and must-have skill,” he says.

At first, Picsart seemed content to offer a service that could exist in tandem with Adobe rather than replace it. But speaking to PetaPixel, the company’s goals seem to have grown. Now Picsart has its sights set on dethroning Adobe with a strategy that Avoyan says the Silicon Valley creative juggernaut cannot replicate.

A Focus on Fun

From the beginning, Picsart has been focused on young users initially because of Avoyan’s goal to help his own daughter, but this strategy has become the core of how Picsart plans to grow.

“We started with very low, free users. It can’t be lower than that.” he continues. 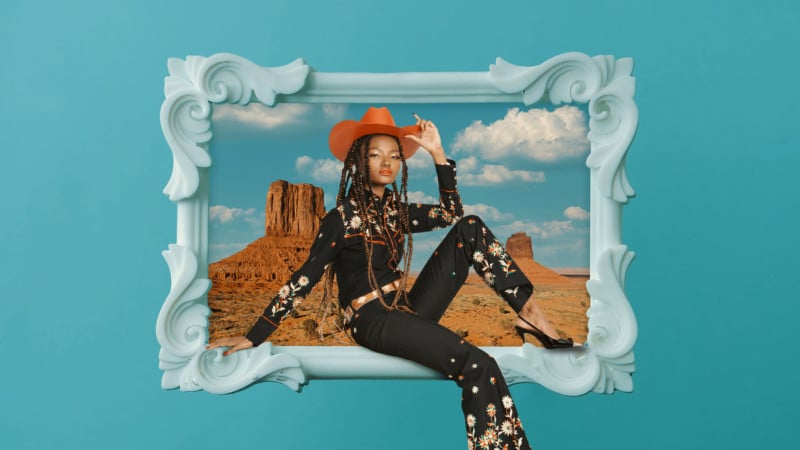 “Now we are going higher and higher and getting a bigger and bigger base because the foundation is so big compared to the competition. We know how to do it because we started with the free consumer product which is fun to use. If you ask people what is different about Picsart, it’s fun. It’s because people are having fun playing with Picsart.”

Avoyan says that starting with such a large casual base is a stronger position for growth, making it easier for Picsart to move up the ladder.

Adobe seemed to finally take notice of Picsart’s threat when it announced Creative Cloud Express at the end of 2021. The entry-level platform was a rebrand of Spark, a somewhat underutilized web-based creative tool.

But Avoyan says Adobe will struggle to entice low-end users. As Picsart climbs up the proverbial user ladder, Adobe will have to step down to meet the needs of a wider consumer base.

“Adobe is trying to do the reverse, but how can you do that? You cannot downgrade yourself. Your culture is created around high-end, high value. It’s hard to reverse that,” he says. 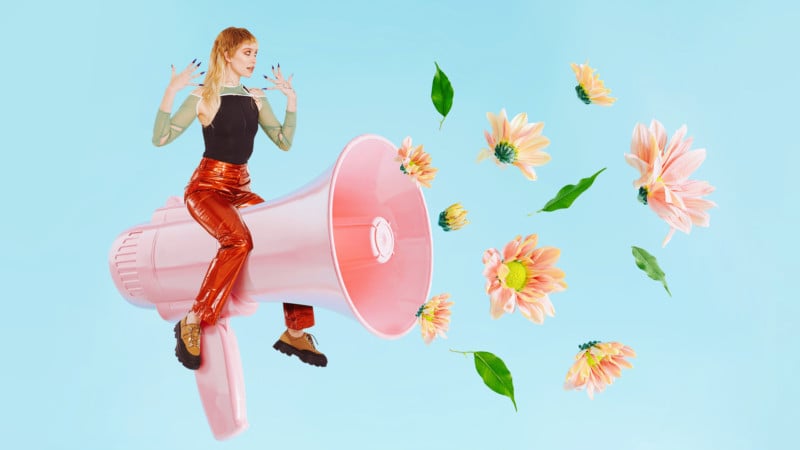 In a metaphor, Avoyan says that he likens Adobe to a Ferrari.

“If you are a Ferrari and you try to sell your car to Gen Z, how are you going to do that? Perceptually, you cannot do it, it doesn’t feel authentic. If you already created a perception that you are where you are, you should live with that.”

He says that starting at the low end, Picsart can grow to give its users the Ferrari experience as they grow, but he argues that it isn’t smart to start there.

“I don’t mean the Ferrari is a bad car, but it is expensive and unaffordable. The whole idea of Ferrari is that, and that’s the brand: you cannot afford it. That’s the same with Photoshop. They make things to be unaffordable for many years and didn’t allow anyone to try it, made it more expensive.

“They made everything less affordable because they are a luxury brand. You cannot get rid of this. That is why Gen Z is not into Adobe anymore. They are looking for alternatives, firstly because they cannot afford it and secondly they think differently. They believe it should be affordable, easy, and free otherwise they’re going to switch — and there are lots of options.” 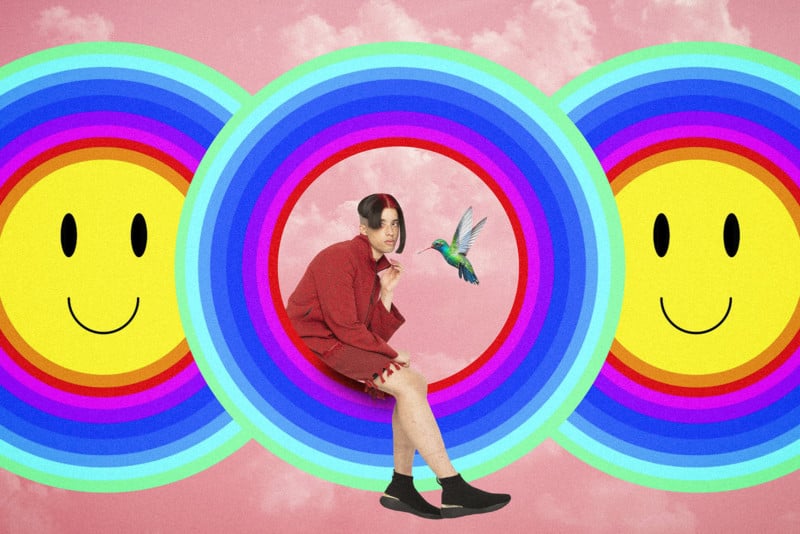 Avoyan says that Picsart’s natural advantage is that it started low.

“[Our products] are not comparable to the Adobe enterprise, but we can get there. Our customers are taking our product with them to their jobs. They take them to their businesses. Some of them became professionals and they have already used our product for years, so why should they use another one?”

Avoyan may have a point. Young creatives are growing up using Picsart, a tool they will bring with them into the professional space as they grow. At the same time, Picsart is adding to its software portfolio with new features that are designed to support a maturing user base.

The strategy has been successfully deployed by numerous companies in the past, perhaps most notably by Apple in the late 1990s and early 2000s when its education program put thousands of Macs into school computer labs and raised a generation of artists in the Apple ecosystem. When those creatives grew up, they brought their familiarity with Apple products with them.

He may also be right about how Adobe is seen in the eyes of young creatives: as an old, expensive, luxury brand that doesn’t make products designed for them. If Picsart continues to offer a product that grows with these users as they age, there is no reason to believe they will have a desire to switch platforms.

It’s a proven, powerful strategy, and it very well might work.

Why Pay for What is Being Given for Free?

Another comparison Avoyan makes between Picsart and Adobe is looking at Google Docs versus Microsoft Word. For many, Google Docs replaced Microsoft Word entirely because it offered similar, if not identical, features for free. By doing so, Google created a question in the consumer’s mind: “Why would I pay for this?”

Picsart is positioned similarly, Avoyan says. He calls his company one of the most generous free creative products on the market, which is based on his company’s history and how and why he started it. This mentality is behind the recent launch of Quicktools, a suite of editing tools that is free for anyone to use as much as they want without setting up an account. 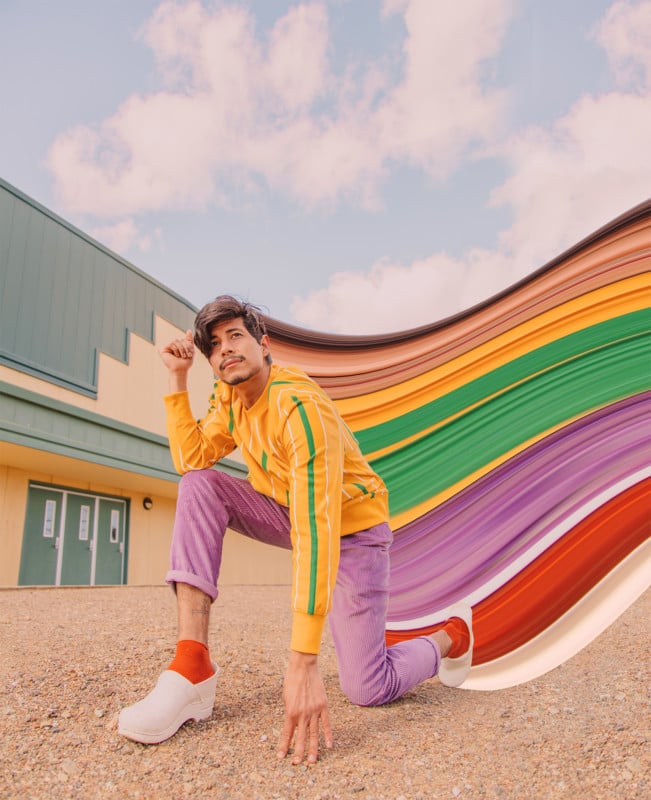 “We aren’t driven by our competition, we are driven by our users. We do what is important for them,” Avoyan says. “With Quicktools, there are lots of cases where some of our users are never going to use Remove Background regularly, but they need it occasionally. Why force them to sign up for something they ultimately don’t need? They’ll make fake user accounts to get to the feature if they want it behind a paywall.”

Avoyan says that Quicktools also lets them expand their market to those who aren’t going to pay for its tools since they don’t need it frequently.

“We are creating more awareness about the platform and its capacities, and use it for your personal needs, and tomorrow you work for enterprise and you need 1,000 images, you’ll think about Picsart,” he says.

Avoyan’s goals for Picsart are based strongly in his desire to make creativity approachable to anyone, anywhere, at any time. He seemed genuinely upset that before him, it was very difficult to become a digital artist. He seemed legitimately angry at that idea. For him, the artist is the most important, and his success as a business will follow only if he continues to keep their success as his first and highest priority. 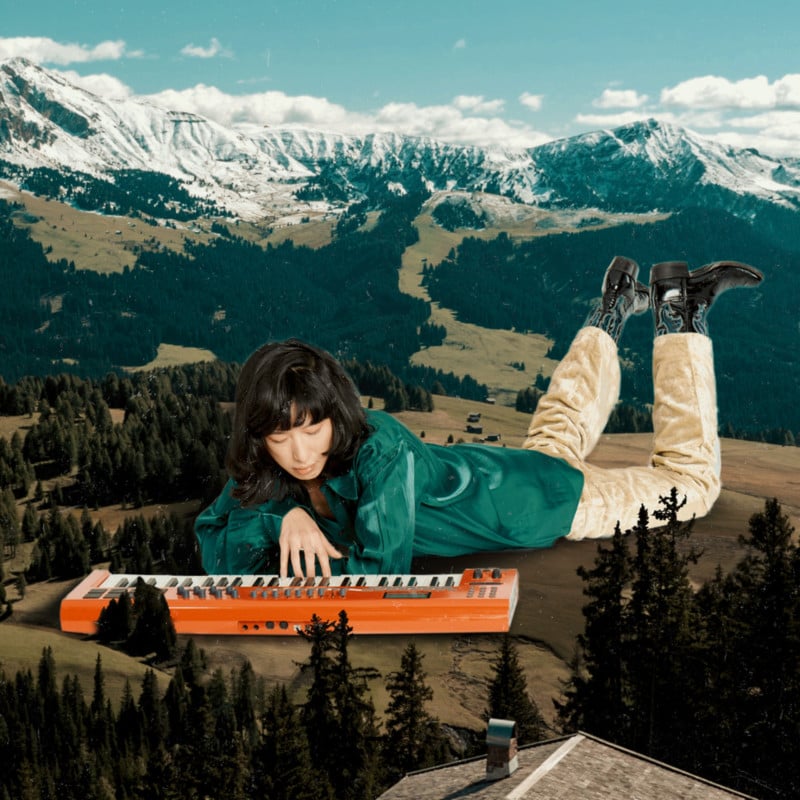 That is why he never plans to charge users for something they already get for free, nor will he reduce the effectiveness of a tool so that it can be something he can charge for.

“We are never going to downgrade features for consumers versus professionals. Maybe new features will come for high-end users but we are not going to provide low quality just because someone is a smaller subscriber or using Picsart for free,” he says.

“There will definitely be more advanced tools that only make sense for high-end users. If you look at Picsart on the web, it’s designed to be prosumer and more professional, and those features are only available on the web version. But these features are mostly not needed by general consumers. Higher resolution support, for example, isn’t needed on mobile.”

Avoyan, a former Artificial Intelligence PhD and researcher, says he truly believes in technology and software as a key for Picsart’s future. He says he will continue to invest more in technology and, perhaps more importantly, in Picsart’s community.

“I think we’ve grown to be the community flywheel to accelerate our growth and be a more affordable and powerful platform. Think about the data we are collecting: we have a billion edits a month on our platform,” he says. “Nobody has anything similar and that produces data which helps us optimize our product and improve the quality of and usefulness of our content by our users.” 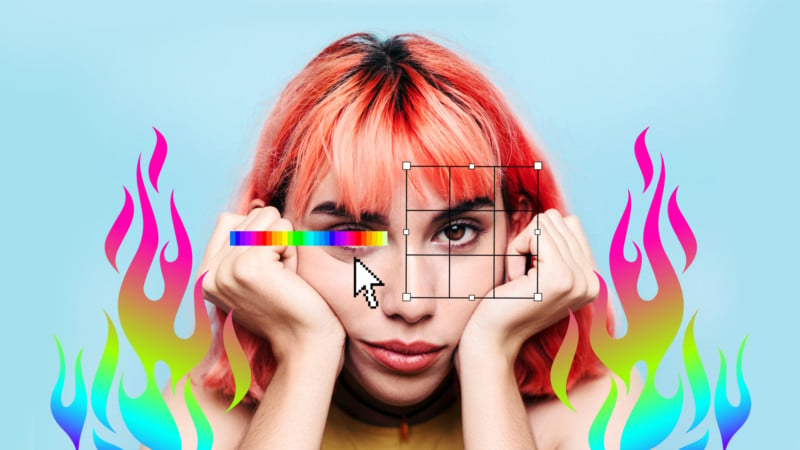 It is said that imitation is the greatest form of flattery, and looking back at the launch of Adobe Creative Cloud Express, Avoyan says that seeing Adobe basically copy what Picsart is doing felt like a win.

“Honestly, it feels good to be copied. I heard that some of them were ignoring us, but now they are taking us very seriously,” he says. “It’s a good sign. We were under the radar for a while until they figured out we were larger than them: we are larger than three or four of our competitors combined by most active users.”

And while Adobe tries to replicate Picsarts success, Avoyan says that Picsart is gunning for the title of the most successful creative software company on Earth.

“We have ambitions to be the biggest photo and video editing platform,” he says. “We will stay independent, become a public company when the time is right, grow as big as we can, and fulfill our mission which is to empower the creator in all of us, everywhere.”