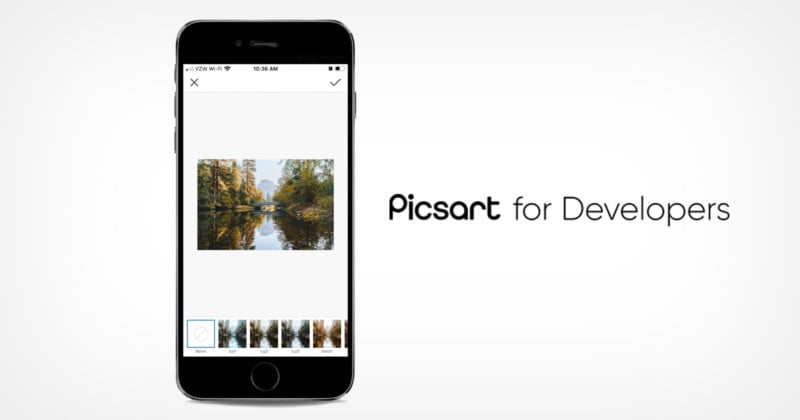 Picsart has announced that it will make its most popular editing tools available to businesses and developers through an API. The company says it is doing so in order to further its goal of “democratizing creativity.”

Picsart is one of the world’s most popular creative apps and is in the top 20 most downloaded apps around the world, period. How the company planned to expand its business after raising $130 million in a recent funding round is starting to take shape, and the API will allow it to offer its technology to a wide range of developers and businesses.

While the company did not comment on the pricing for access to the API or if it would have a cost at all, it seems very likely that this expansion is designed to diversify the company’s income stream.

Picsart says that it is making its most popular editing technology available to any business or developer that wants to in some way serve the creator economy. Those businesses will gain access to the company’s advanced tools including one-touch background removal, image upscaling, and advanced filter capabilities.

“Our vision is to empower creators everywhere, and Picsart leads the market with our innovative AI, photo, and video editing capabilities. Offering our technology through APIs to developers is an exciting way we can support the booming creator economy,” Picsart’s Founder and CEO, Hovhannes Avoyan says.

“The speed with which digital creation occurs, and the demands from Gen-Z especially, to personalize content and stand out from the rest, means companies everywhere must adapt to these realities, and offer deeper creative experiences. Our API enables them to do that.”

The Pisart for Developers program is launching today with eight partners which the company says spans from digital advertising to custom merchandising. The company says the goal is to allow creators and digital business professionals to be able to make their visuals “come to life” wherever they create content, whether that is through Picsart directly or through a company leveraging its technology.

Picsart says that the API will be offered by invitation only, but it plans to expand to new partners in the coming months.

“Customers today expect to be able to create professional, eye-popping, personalized content with ease and speed. However, most businesses don’t specialize in creative editing technology. That’s where Picsart comes in. Offering a suite of powerful, user-friendly tools through a new API program is a natural extension of our brand promise to democratize creativity,” the company says.

“With the Picsart API program, we can empower billions of creators around the world wherever they are, in all of their creative endeavors. And, it will give other creative businesses the ability to maintain a competitive edge while focusing on their core products.”