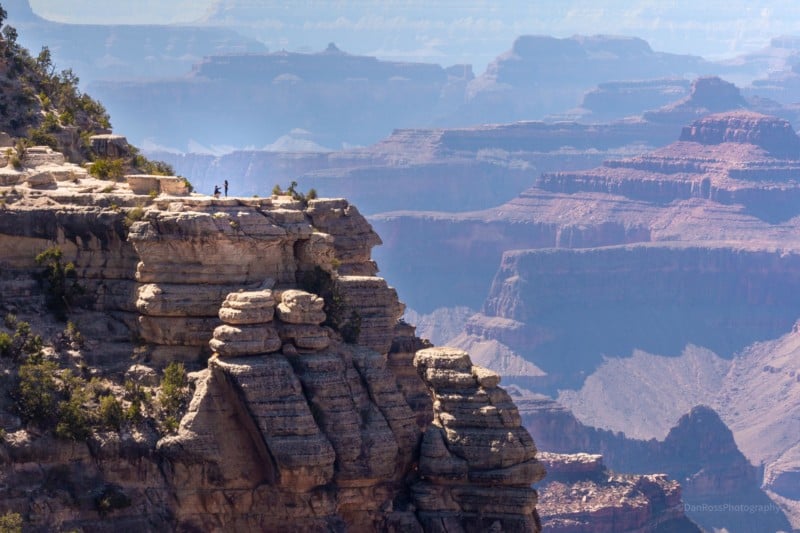 Photographer Dan Ross Chatfield was on a road trip with friends at the Grand Canyon when he captured a photo of a marriage proposal by chance. Now he’s hoping to find them so he can gift them the epic shot.

Chatfield says he was on a road trip with some friend when they stopped at the South Kaibab Trail on the southern rim of the Grand Canyon.

“I was taking different shots of the landscape when I spotted some people in the distance in isolation,” he tells PetaPixel. “I thought it’d make an interesting focal point so took the shot.”

At the time, Chatfield only recognized that there were a couple of people in the frame but when he went back to process the images later, he realized he had captured a very special moment.

“Later when I was processing my photos I noticed that they were actually proposing! I thought the shot was great and they added so much to it with that act I wanted to see if I could find them and gift them a high-resolution copy of the photo.”

Chatfield didn’t remember specifically where he was nor the location where he captured the couple. To try and connect the dots, he published his photo on Reddit in the hopes that someone would either recognize the couple or would be able to give him more information about the location. Redditors came through, which has helped narrow both his location and that of the couple. 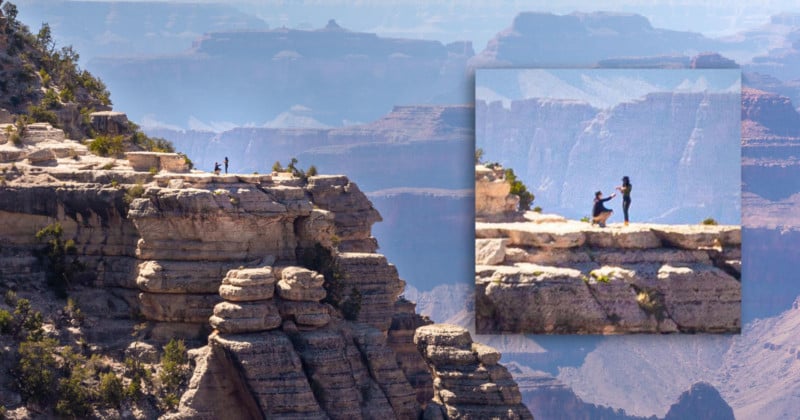 The story received nearly 80,000 upvotes and has been seen by five million people in two days, but Chatfield says he hasn’t definitively identified the couple yet.

“We’ve had some maybes and are waiting for confirmation but so far, despite five million views on that post alone we haven’t had anyone confirm it’s definitely them,” he says.

He’s still hopeful, though, and encourages anyone who might know who the two are in the photo to reach out to him on his Instagram.

“I am an enthusiast, not a professional, so what means the most to me is that people like my art. This is a photo that only really means something to me and my friends who were with me, and that couple. I wanted to share that,” he explains.