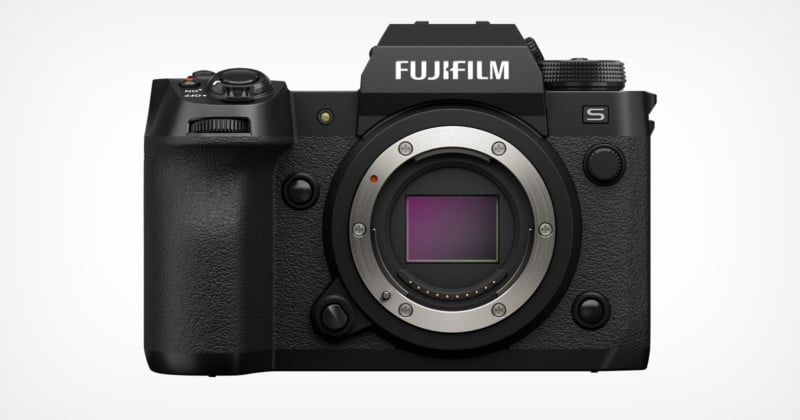 The company says that the X-H2S is the first of its kind digital camera to feature Fujifilm’s 26.16-megapixel X-trans CMOS 5 HS imaging sensor, which is both stacked and backside-illuminated that allows it to read data four times faster than Fujifilm’s previous X-Trans CMOS 4. The company first revealed it was working on its first stacked, backside-illuminated sensor last September and it makes its debut in the X-H2S. 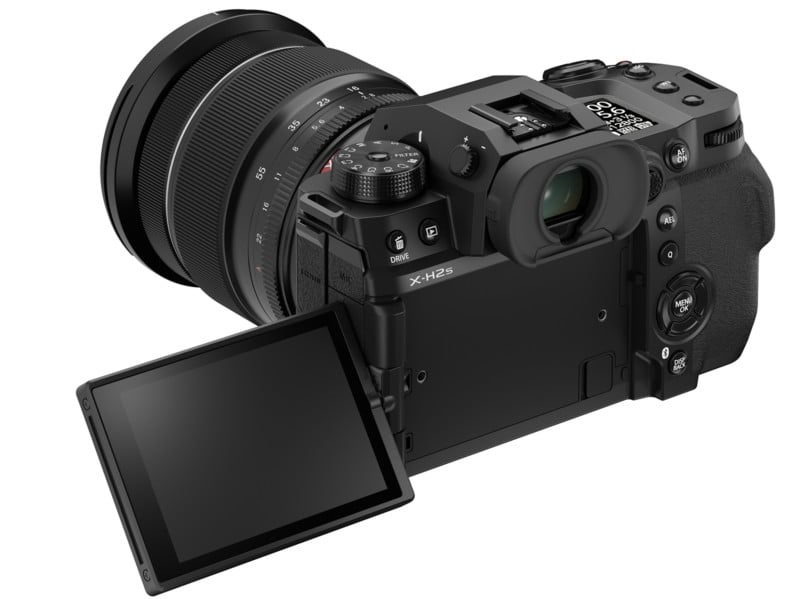 It combines that with a new X-Processor 5 which Fujifilm says has twice the processing power of its predecessor and is able to enhance overall image fidelity at lower ISOs and reduce noise at higher ISOs. The processor also powers subject-detection autofocus (AF) which Fujifilm says maximizes tracking speed and accuracy of moving subjects in tandem with an artificial intelligence (AI) processor.

Fujifilm touts the new AF system as particularly impressive and says it allows for the best subject tracking in X-Series history. It was developed with Deep Learning technology and as such the subject detection uses what Fujifilm calls an advanced prediction algorithm” to enhance the performance of Zone AF by refining the camera’s ability to track moving subjects in low-contrast environments. 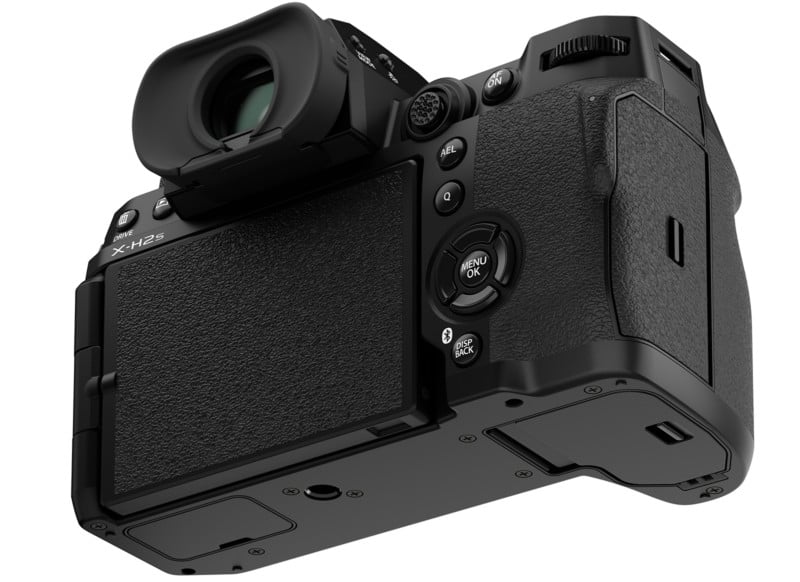 The company has also expanded subject detection and tracking from the human face and eyes to now include animals, birds, cars, motorcycles, bicycles, airplanes, and trains.

Fujifilm says the X-H2S controls phase-detection pixels independently from the image display when in burst mode, which triples the number of calculations in phase detection from the X-T4 and enables high-speed focusing even during high-speed continuous shooting.

The company says the sensor’s readout speed of 1/180 seconds when recording video reduces the visual effects of rolling shutter and a heat-dissipating design brings the 4Kp60 continuous video recording time to approximately 240 minutes. For longer recording sessions, Fujifilm is making an optional external cooling fan available, called the FAN-001, which it says maintains similar levels of performance in high-temperature conditions.

The X-H2S is the first X-Series camera to contain F-Log2, which Fujifilm says provides 14+ stops of dynamic range.

Fujifilm says that the X-H2S incorporates features found in the X-H1 such as a large grip, top-facing LCD display, and a heavy-duty body. In addition to these, the company made a few upgrades. 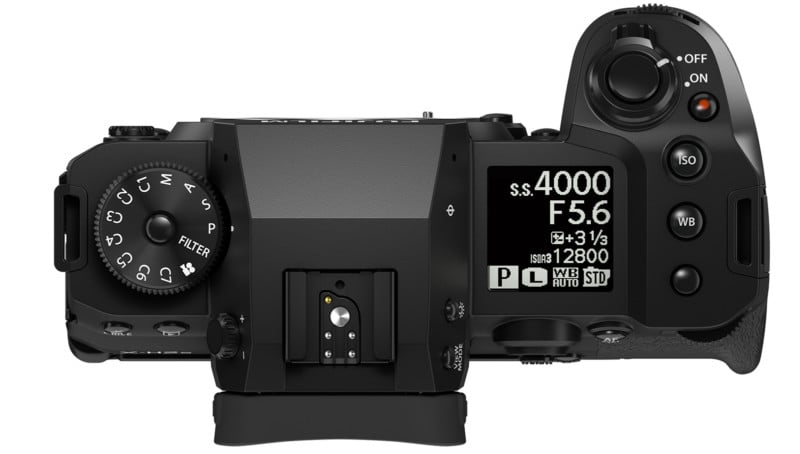 The shutter button has been adjusted to improve operability when half-pressed and a standalone video button has been added to make shooting video easier. Fujifilm says the fit and finish of all the buttons and all the materials the camera is made from have been upgraded to be more durable and last longer. The shutter has also been improved and can withstand 500,000 actuations during its internal performance testing. 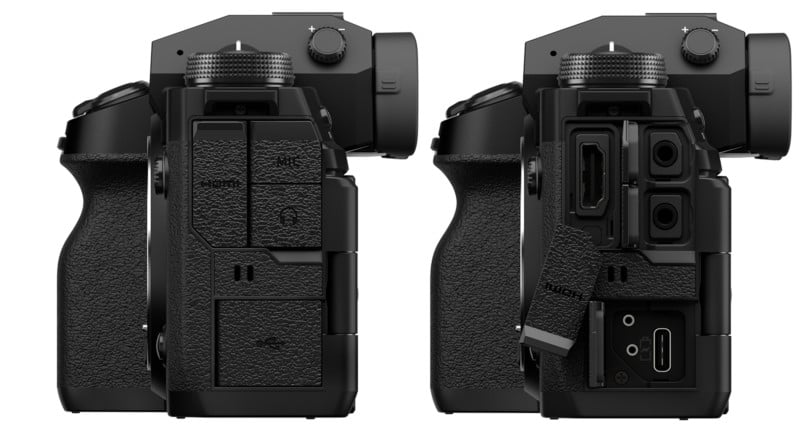 The camera features dual memory card slots, one for SD (not specified as UHS-I or UHS-II in the company’s materials) and one CFexpress Type B. The company says that the peak performance specifications previously noted require the CFexpress card. 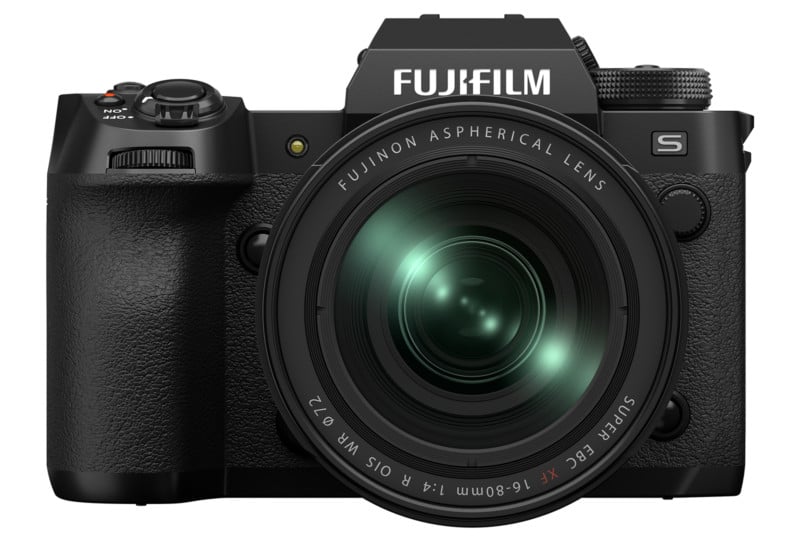 The electronic viewfinder on the X-H2S is a 5.76-million dot panel with a 0.8x magnification and a refresh rate of “approximately” 120 frames per second.

The Fujifilm X-H2S will be available in early July for $2,499. Fujifilm is also making a vertical battery grip and file transmitter grip (enables FTP transfer by wired LAN, wireless LAN, or USB smartphone tethering) available at the same time for $399 and $999 respectively.