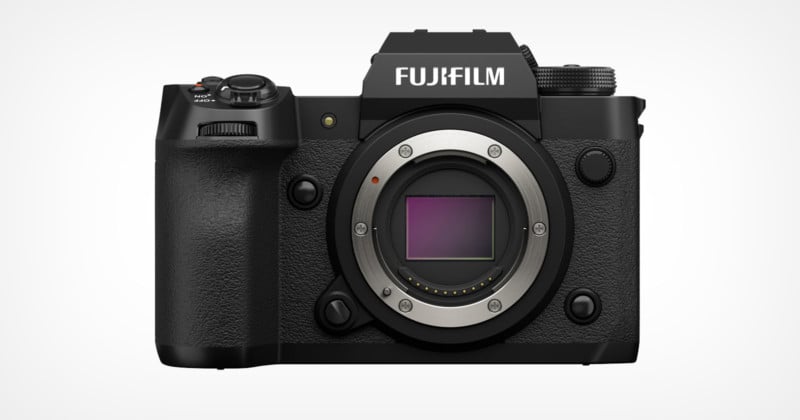 Fujifilm has announced the X-H2 mirrorless camera which features a 40.2-megapixel APS-C sensor, the highest resolution of any X Series camera. It is also the world’s first APS-C camera that is capable of 8K 30p Apple ProRes internal recording.

Fujfilm says the 40.2-megapixel sensor combines with a unique image processing algorithm to produce enhanced image resolution without compromising the signal-to-noise ratio. The result, the company says, is “astonishing” image quality. The new sensor has a minimum standard ISO of 125 and is complemented by the fastest shutter speed available on any X Series camera — the electronic shutter has been increased by 2.5 stops from the previous model’s 1/32,000 secone to 1/180,000 second.

The X-H2 is also the first X Series camera to feature Pixel Shift Multi-Shot, which utilizes the camera’s in-body image stabilization (IBIS) system to shift the sensor with precision up to 20 times and capture a finished 160-megapixel photo constructed from the total information available from each RGB pixel on the new sensor. 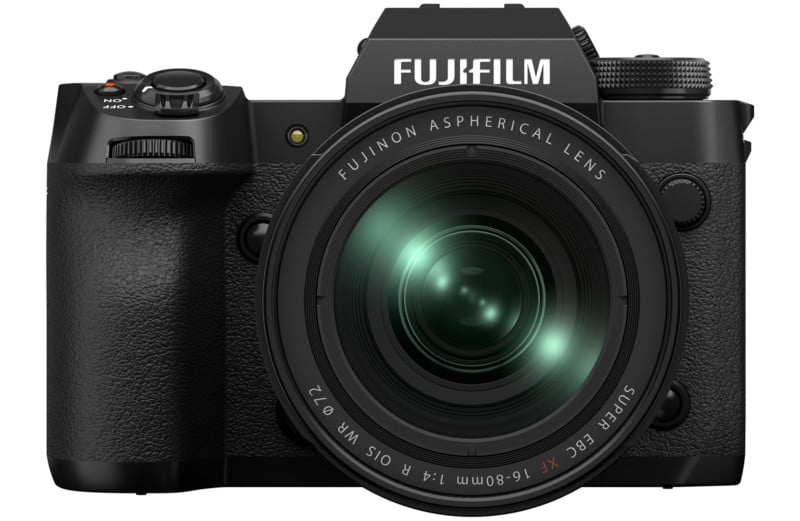 Fujifilm has also equipped the X-H2 with the ability to support the HEIF format which enables 30% smaller files than JPEG along with 10-bit image quality.

Fujifilm says that the new sensor, an improved heat dissipation system that is inherited from the X-H2S, and the processor enable the X-H2 to capture 8K movies internally at up to 30p in 4:2:2 10-bit color for up to 30 minutes (at a bit rate of 100 MBps). 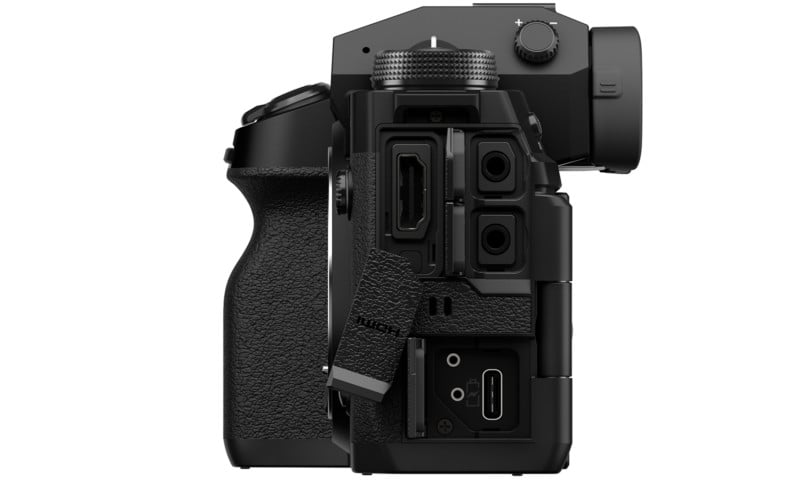 It also can capture 4K video that is oversampled from the 8K resolution and record in three Apple ProRes codecs: ProRes 422 HQ, ProRes 422, and ProRes 422 LT. It can also record in ProRes 422 Proxy, which is likely to be especially useful for 8K editing workflows given the file sizes.

Fujifilm says that thanks to the X-Trans CMOS 5 HR sensor, the X-H2 can shoot in up to 2x digital zoom with “little-to-no loss in resolution” when shooting in 4K. 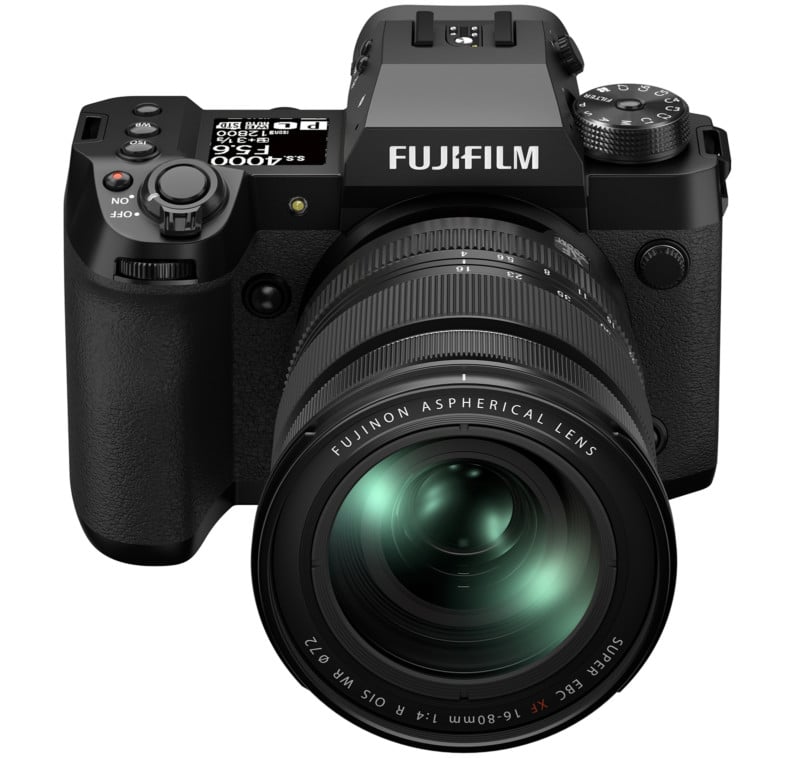 If combined with a compatible HDMI recording device, the X-H2 can output 12-bit 8Kp30 RAW video that can be recorded as Apple ProRes or Blackmagic RAW. In addition, Fujifilm’s newly-developed F-Log2 flat profile expands the camera’s video dynamic range to 13+ stops.

While the sensor isn’t stacked like the X-H2S, Fujifilm still says that its subject-detection autofocus (AF) that is based on deep learning technology is capable of detecting and tracking a wide range of subjects accurately including animals, birds, cars, motorcycles, bicycles, airplanes, and trains. 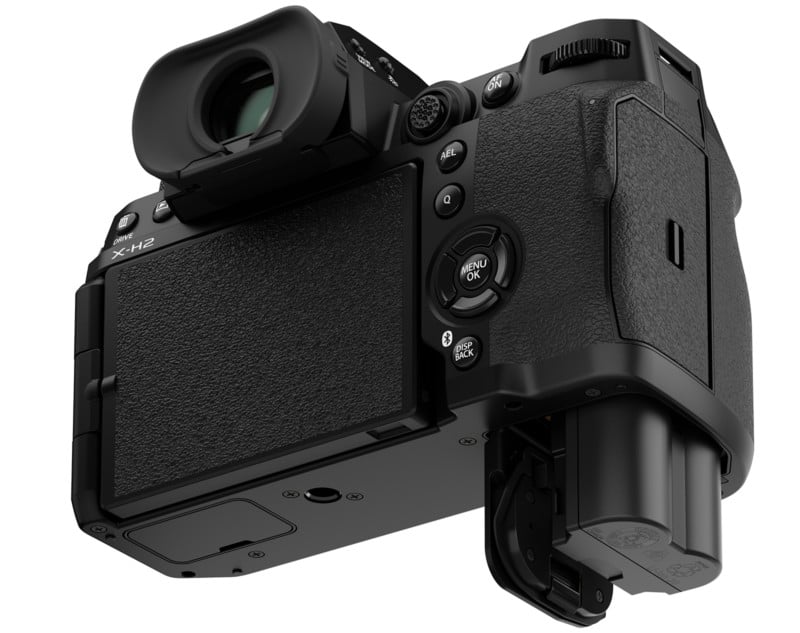 The company says that the new sensor has the “optimal” ability to attain AF-S on subjects and can accurately operate in situations where AF-S is typically used (like in landscapes or portraits). The camera also has an AF prediction algorithm that the company says has been improved from previous X Series models.

Fujifilm says that the AF algorithm has been optimized for use in video, including when shooting in 8K.

As mentioned, the X-H2 features 5-axis IBIS which Fujifilm says allows it to be used handheld in situations that would previously have required support. The electronic viewfinder is a high-definition 5.76-million-dot model with 0.8x magnification and a refresh rate of up to 120 frames per second. The rear LCD is a 1.62 million-dot vari-angle LCD.

The body itself has 79 weather-sealed points for a “high level” of dust and moisture resistance and it is built to withstand use in temperatures as low as 14 degrees Fahrenheit (-10 degrees Celcius). 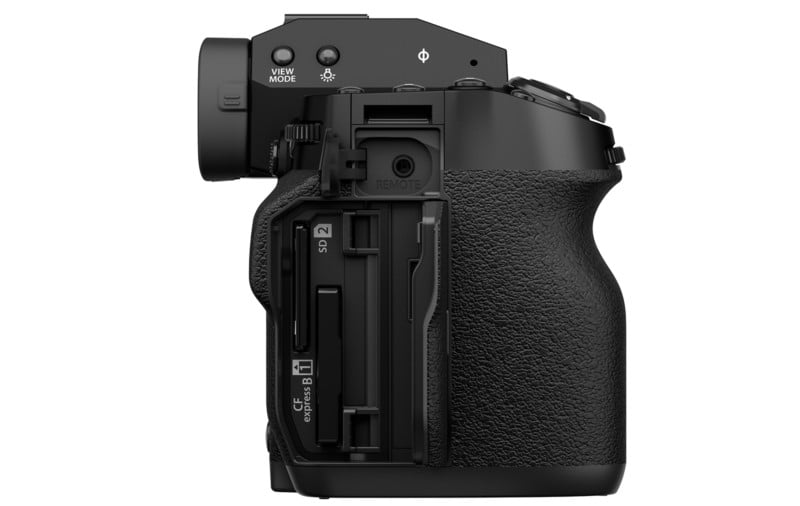 The X0H2 features one CFexpress Type B card slot and one UHS-II SD card slot. The company says that the CFexpress card is needed to reach the highest performance the camera can reach.