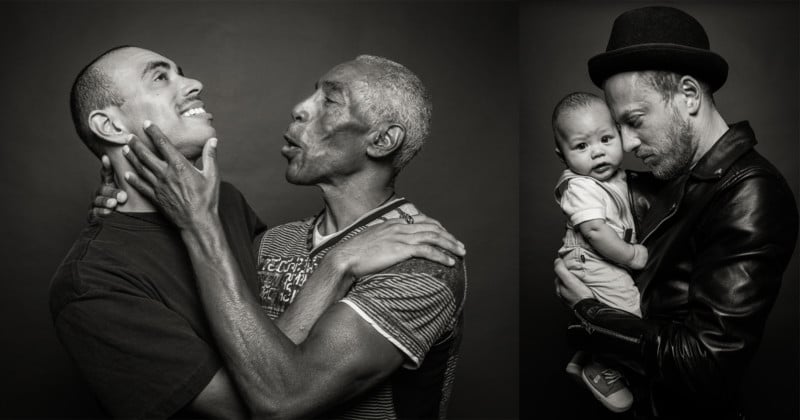 Documentary portrait photographer Antoine Didienne has captured 50 fathers from all walks of life to explore and challenge preconceived notions about what fatherhood and parenting mean today.

For the San Diego-based Didienne, documentary photography and photojournalism are closely interlinked with any type of work he does — from family sessions to weddings and portraits.

He sees photo sessions as a two-way street.

“Making great pictures for my clients is what I give them, but the relationship I develop with them is what they give me,” he explains.

“It’s important to me when it comes to creating good art and a good story. I came to photography through my interest in photojournalism and street photography, so I can’t understand shooting any other way than that. It’s my way to make emotions come through the picture.” 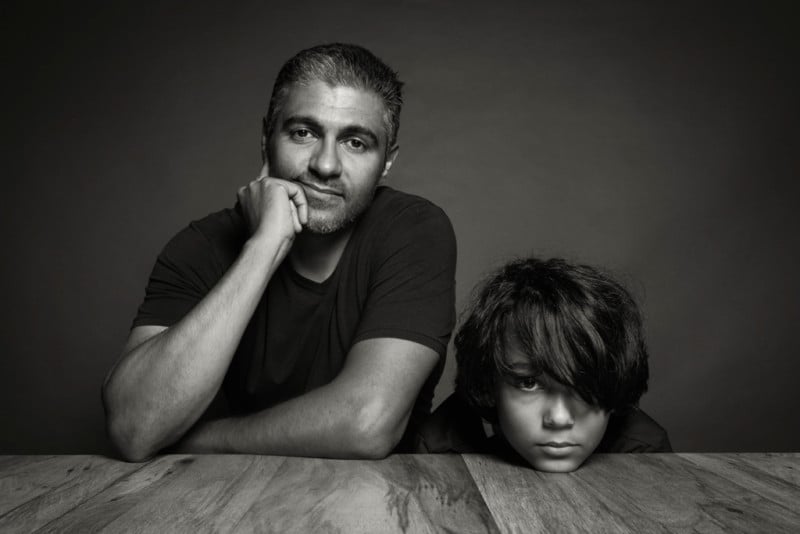 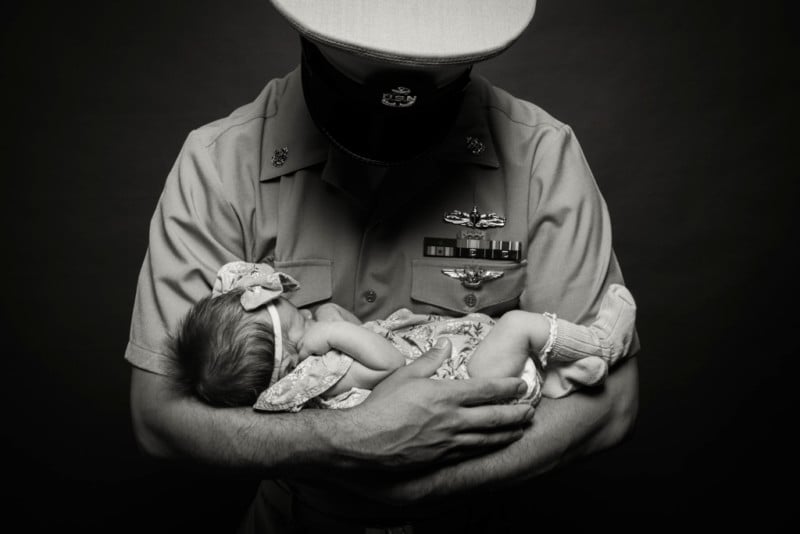 Some of Didienne’s idols include Platon, Irving Penn, Arnold Newman, and particularly Stephan Vanfleteren — all of which are known for their powerful, emotive portraiture that draws in the viewer. In an attempt to try long-form storytelling, inspired by the portrait masters, Didienne decided to start a project about fatherhood, titled “Portraits of My Father.” 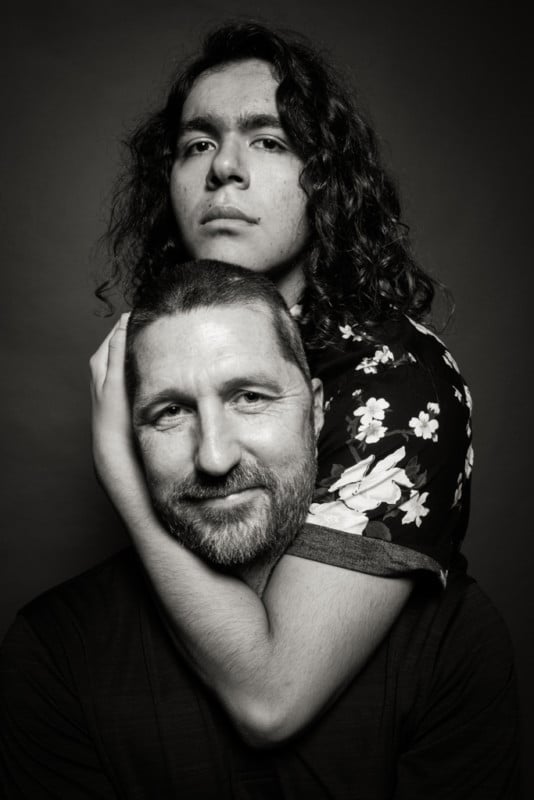 “I wanted to do something that was both very personal and very relatable and after a few flawed concepts, I went with what I knew most intimately: Fatherhood,” he tells PetaPixel.

“I was a stay-at-home dad/entrepreneur both times with my 2 children and my experience of fatherhood was drastically different than my dad’s was as a post-WWII French baby boomer.”

50 Fathers and Their Children in a Studio

The project’s goal of photographing 50 different fathers was ambitious. Even so, Didienne knew that he would be “scratching the surface with this number,” but the set deadline and a finite goal made the project achievable.

“This took me two and a half years to photograph but I could tell that motivation and perseverance were going to be the real test for me in completing this project,” Didienne reflects. “I started with friends and families and was up and running very quickly.” 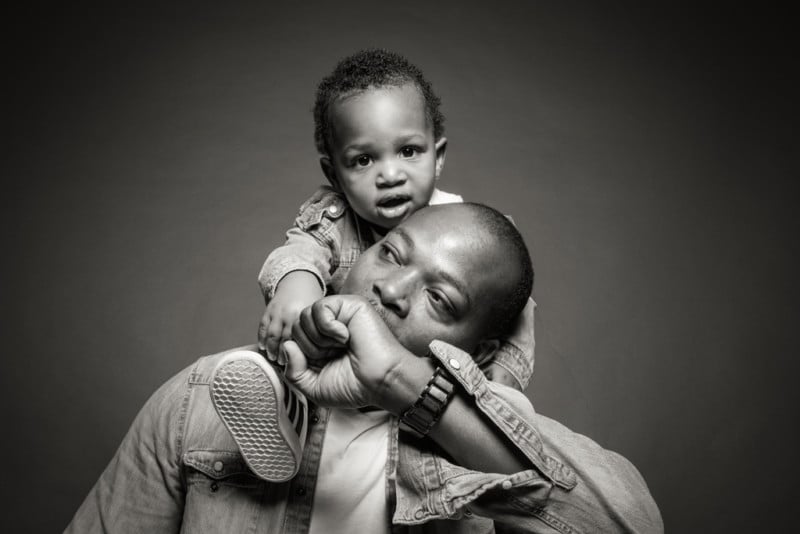 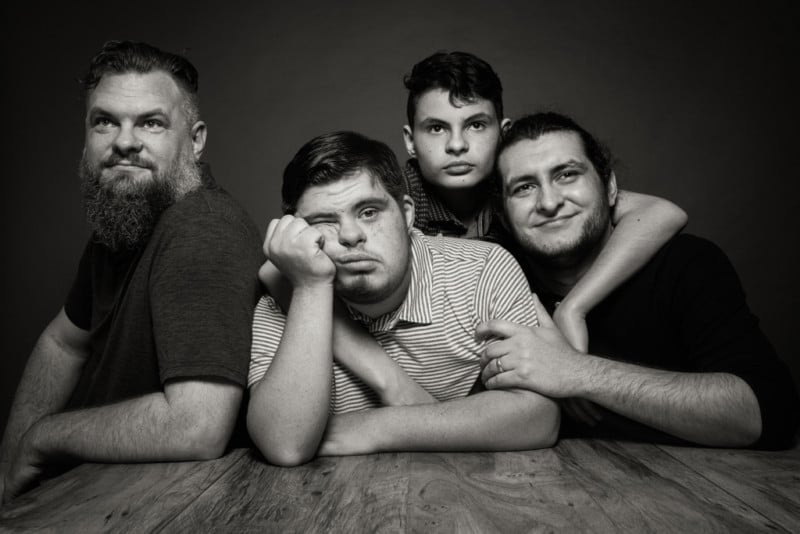 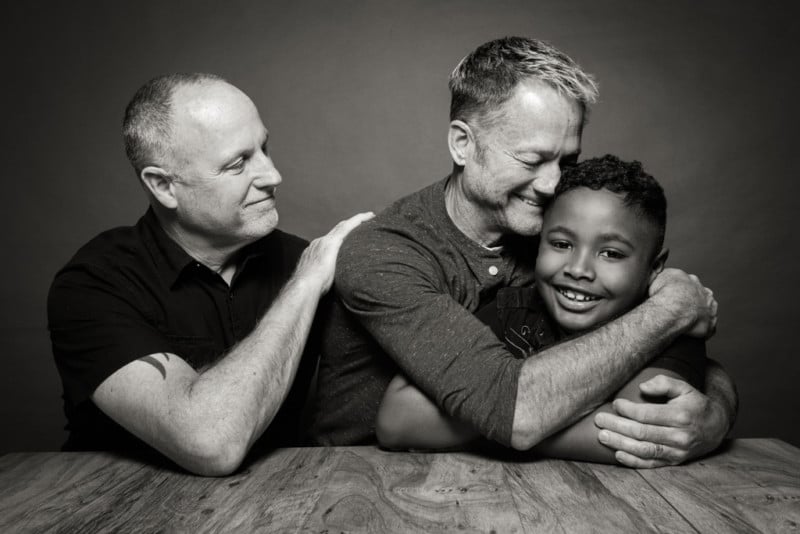 “Diversity and inclusion were extremely important to me if I was going to talk about fatherhood in a modern way,” he continues. “At first, I went through my contact list, then Facebook, and then I reached out to a number of local communities to make sure I was being as inclusive as possible.” 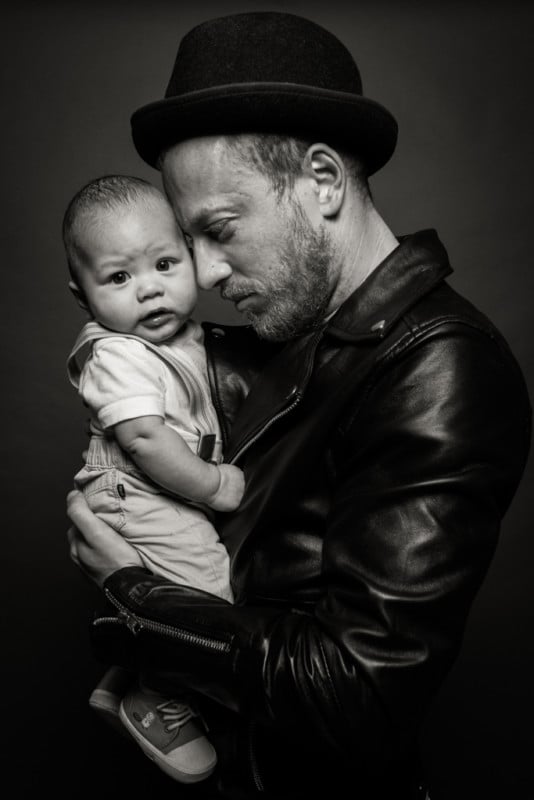 Although Didienne turned the lens to others, he also felt the impact of his project. The biggest surprise for him was becoming closer to his own father, though he also learned that fatherhood has little to do with DNA.

“It’s something I do because I want to nurture those kids and make sure they become good people but I could have done that if I had been a step-dad or if I had adopted my kids,” Didienne talks about his experience parenting. “Again, it seems like an obvious thing to say but knowing and understanding are two different concepts.” 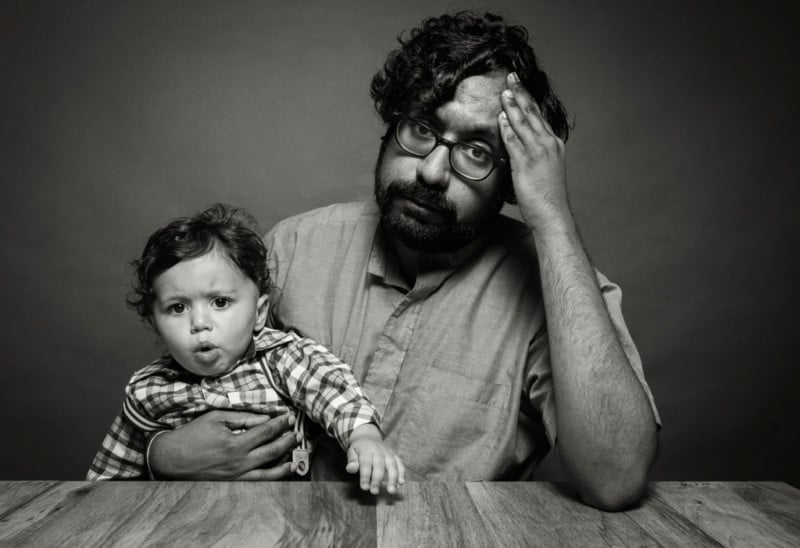 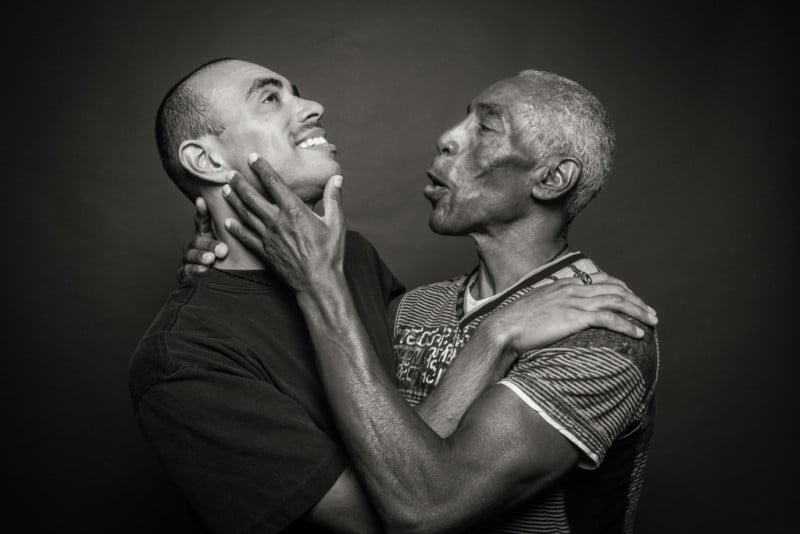 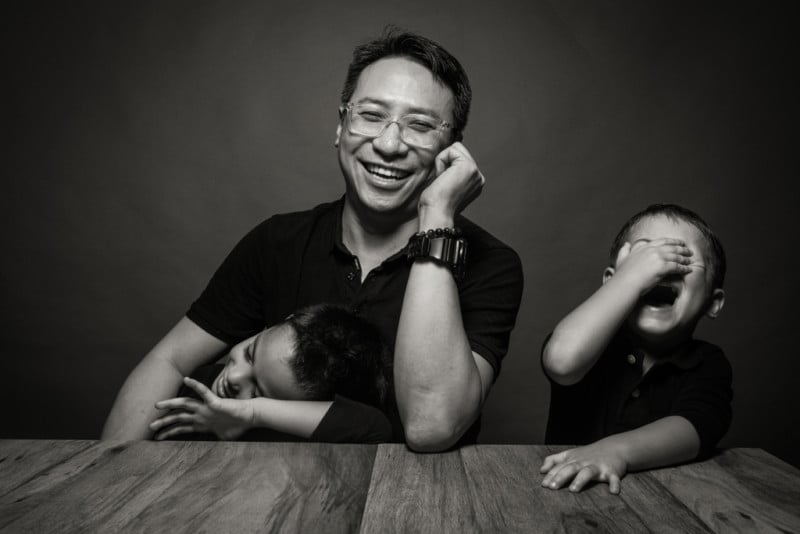 To go from the initial idea to the completed project, Didienne highlights perseverance and tenacity as key factors in making this happen. At times, he had doubts the project will visually resonate with the audience because despite it being a personal project he wanted to share it with a large audience.

The Meaning of Fatherhood Today

“The project was intended to challenge how we look and talk about masculinity, love, and fatherhood,” Didienne says. “I’ve photographed single dads, dads with special needs, BIPOC dads of all types, of many different orientations and I’ve come to question the concept of fatherhood altogether.” 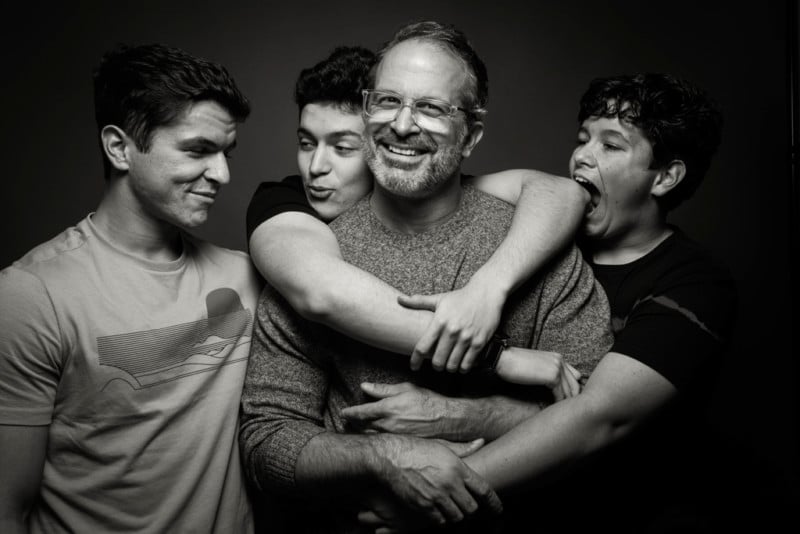 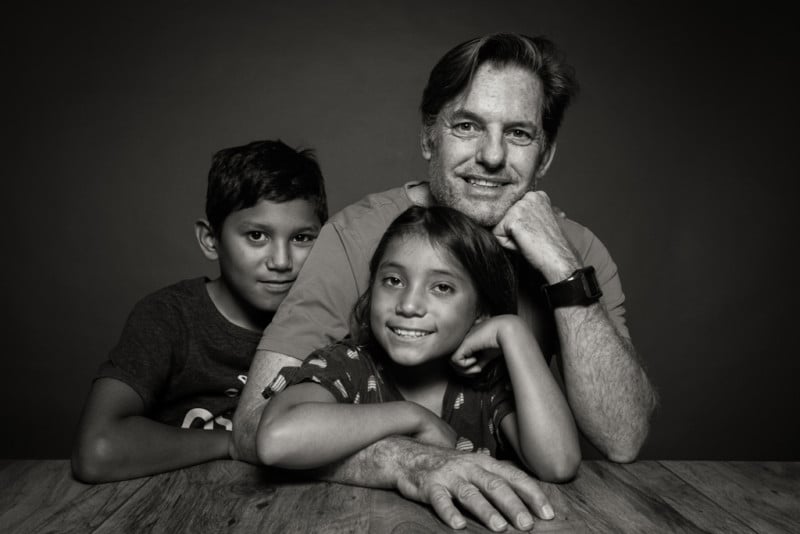 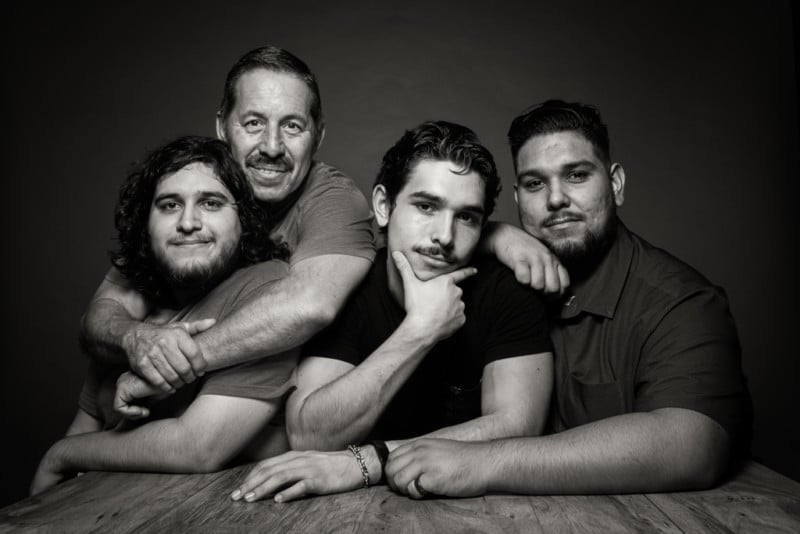 The search for an understanding of what fatherhood and parenting mean to Didienne extended beyond the project. His wife of 20 years and he completely flipped traditional gender roles over the course of their life together — his wife is now a senior manager at a biotech company while he stayed at home to raise their children.

“I had to get over my own preconceptions of what a father should be doing for his family because of the way I was raised,” he explains. “It was hard to shed these stupid stereotypes that are still so ingrained in us but my kids were more important than my pride.”