Photographer Joe Tobiason has been capturing daily self-portraits with his daughter for two straight years, amassing hundreds of photos that tell a deeply personal story of his family life and show the evolving relationship between a father and his young daughter.

From Weddings to Daily Family Photos

Tobiason is an elopement and wedding photographer by profession but picked up personal photography, specifically portraits of his young daughter Lena, during the pandemic in order to recharge creatively and to simply give him something to focus on while all his wedding work was postponed.

“I love the joy of trying to capture the fleeting slices of my own life as I felt them at that moment,” Tobiason tells PetaPixel. “Hoping that when I pull together a set of images from a trip or just from around our house, these little building blocks can be formed into an honest look at the life I lead.” 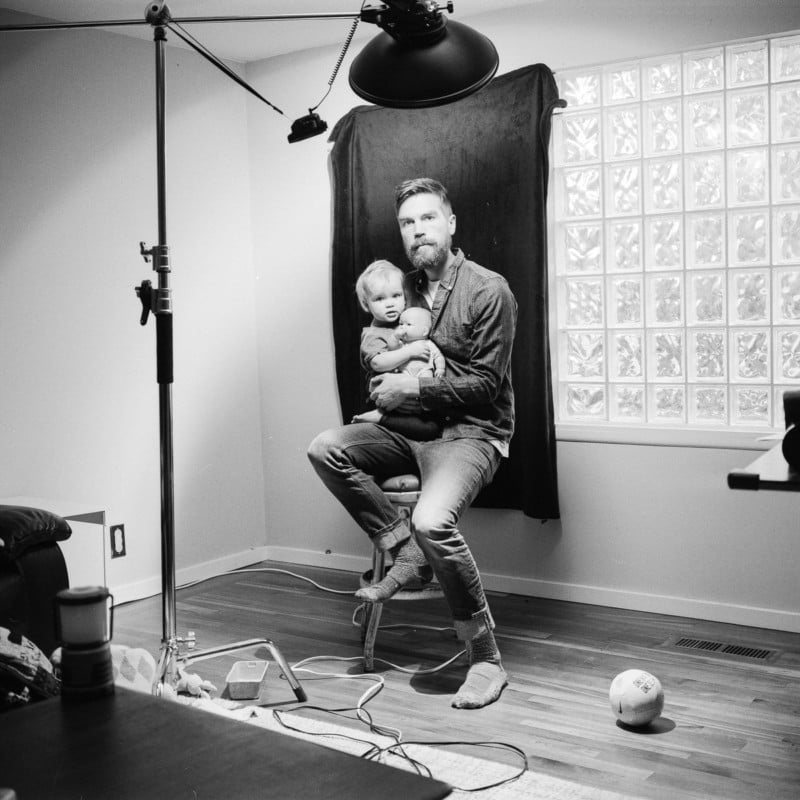 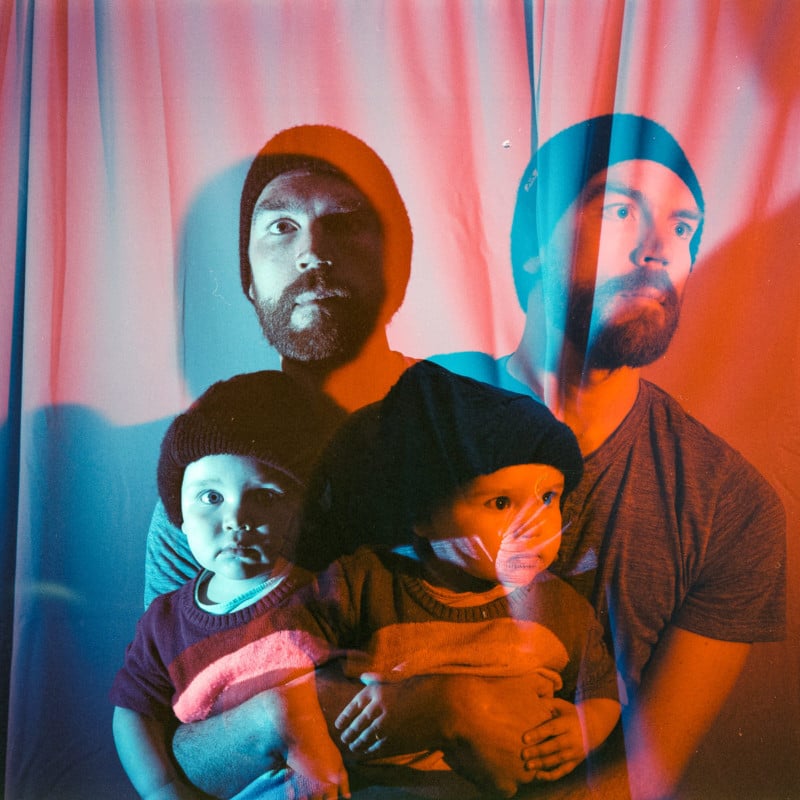 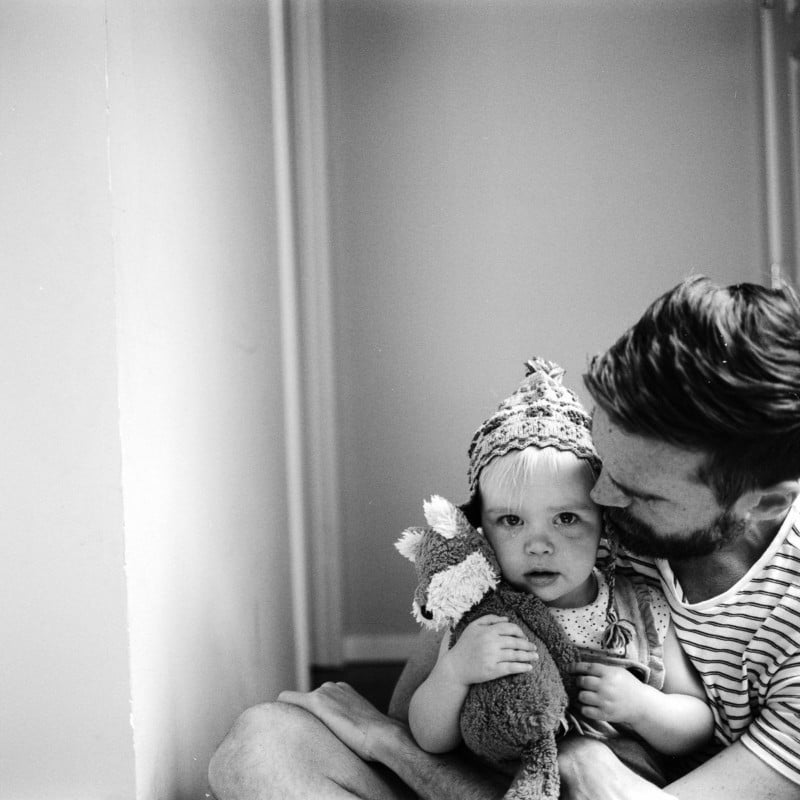 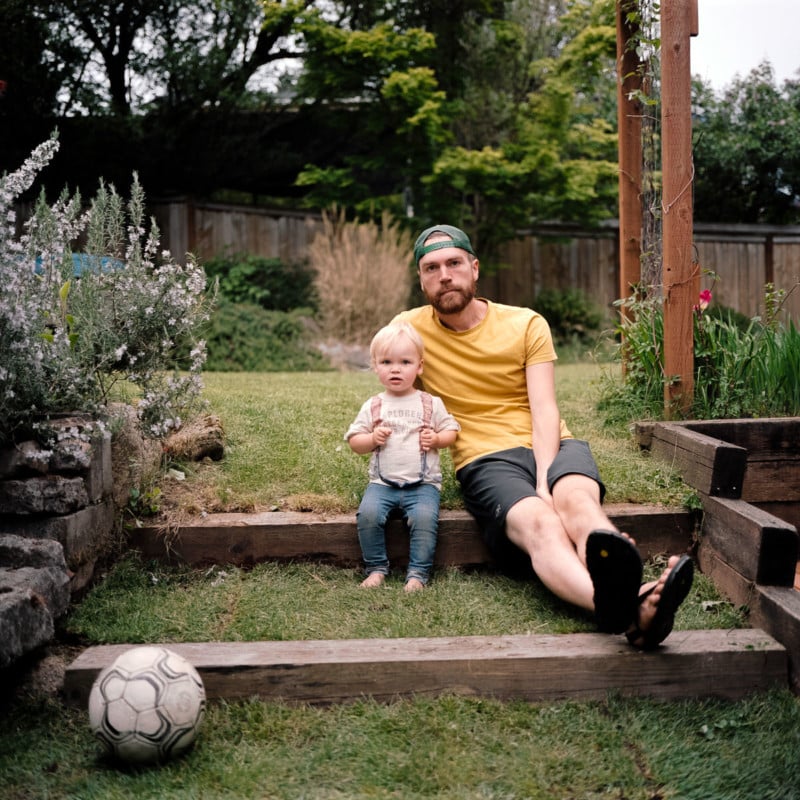 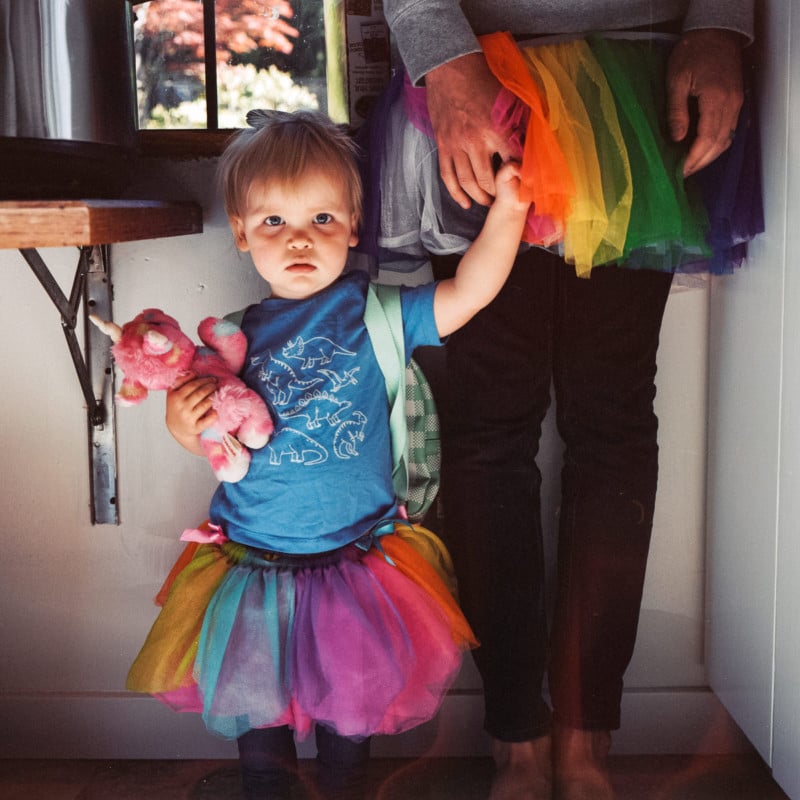 At the start of the pandemic, Tobiason like many others thought the quarantine will only last a few weeks and then life would return to a degree of normalcy. With that in mind, he started using his Mamiya 6 MF camera with alternating five to six rolls of color and black and white film and didn’t plan on developing the film until his project was over, with the presumption that it wouldn’t be a particularly long project.

“After a few weeks, I realized that using medium format film for every day and the idea of not developing until it was over was not a very viable option,” he says. “So, I then allowed myself to start using whatever film camera and film best made the image I had in mind for the day. I also had to start keeping daily notes of each image so that I could later go back and figure out which images were made when.” 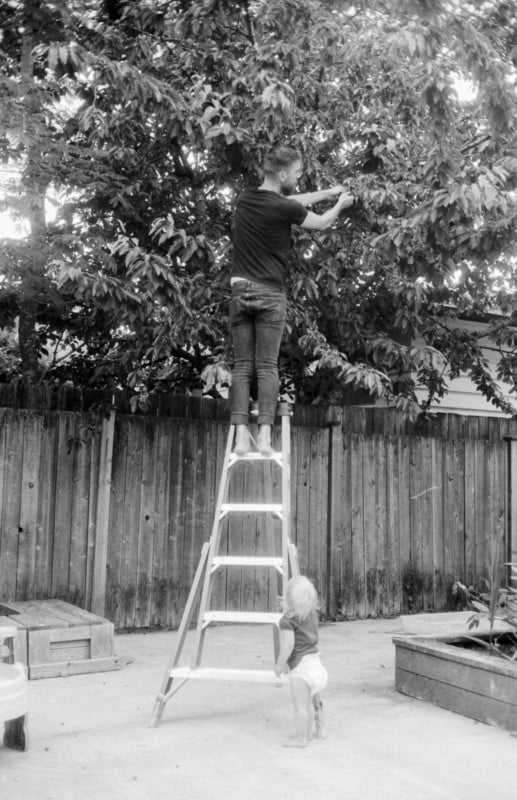 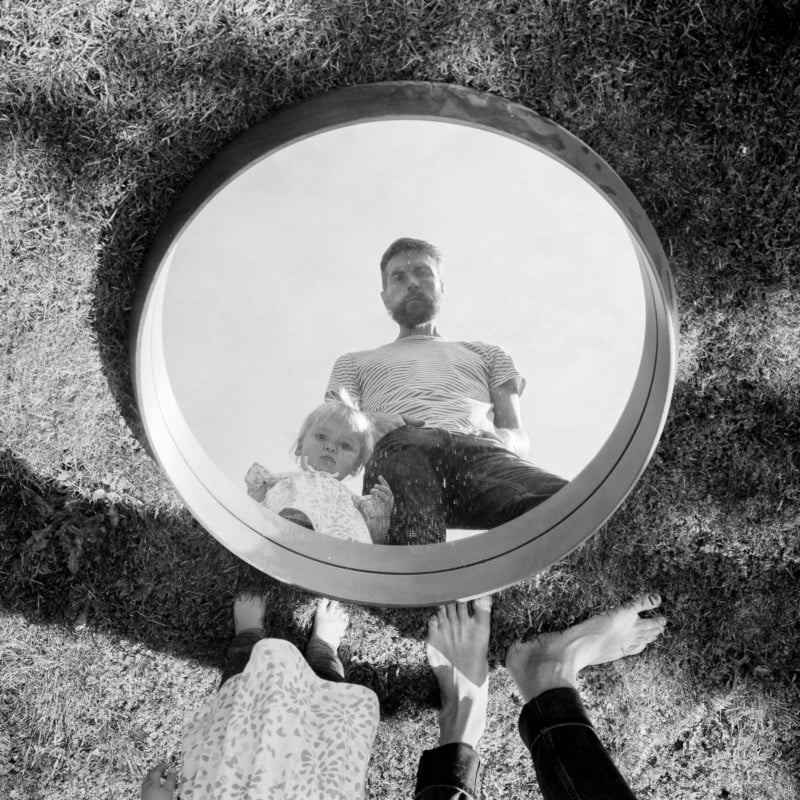 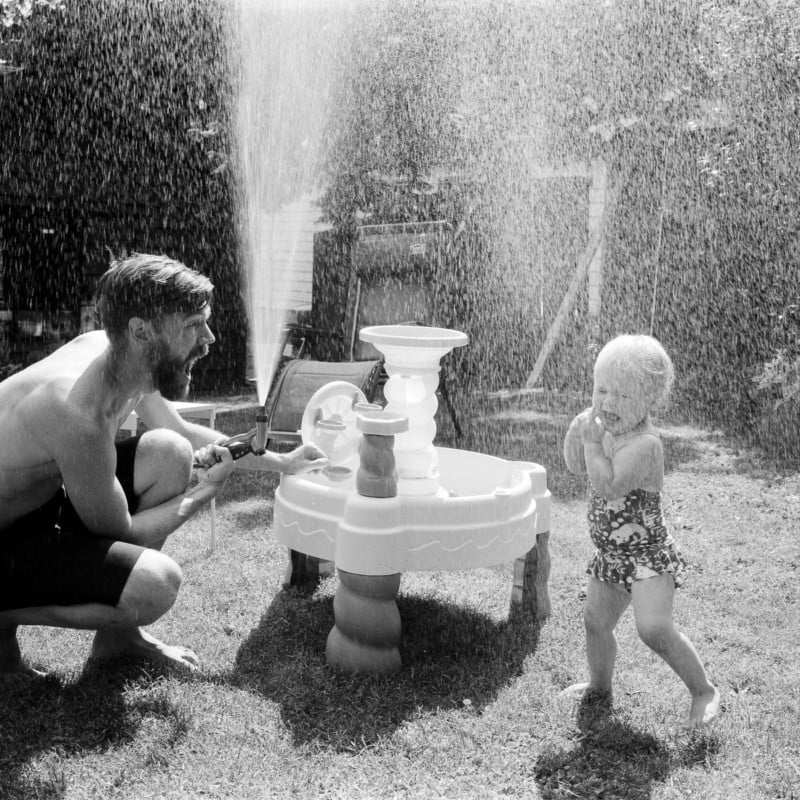 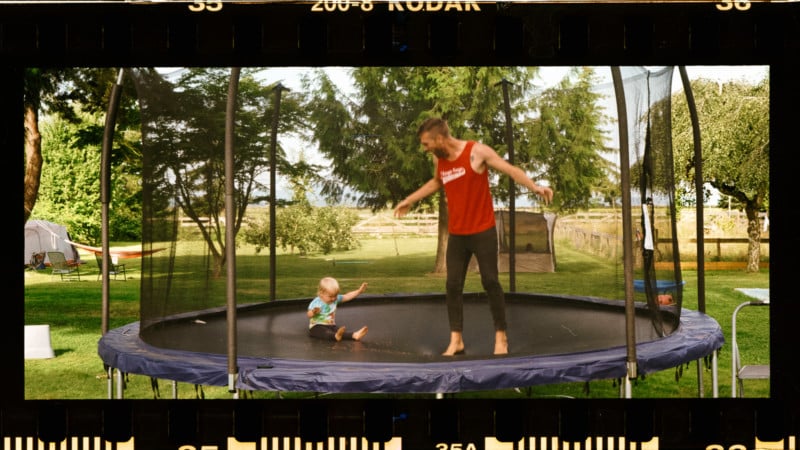 Tobiason chose film for his project because he wants each photo to be unique and spontaneous. If he were to shoot with a digital camera, he says there would be a possibility his desire for perfection would creep in. The result is that not every shot necessarily came out how he intended. Sometimes, there are mistakes but he says that also accurately represents life with his daughter which can at times be “imperfect and messy” but nevertheless tells an honest story.

A New Photo Idea Every Day

At the start of the series, Tobiason leaned more towards conceptual and artistic ideas but as life became busier, that changed. Despite that, the overarching goal remained the same: “to make an image that tells a little a bit of the story of Lena’s childhood and our relationship.” 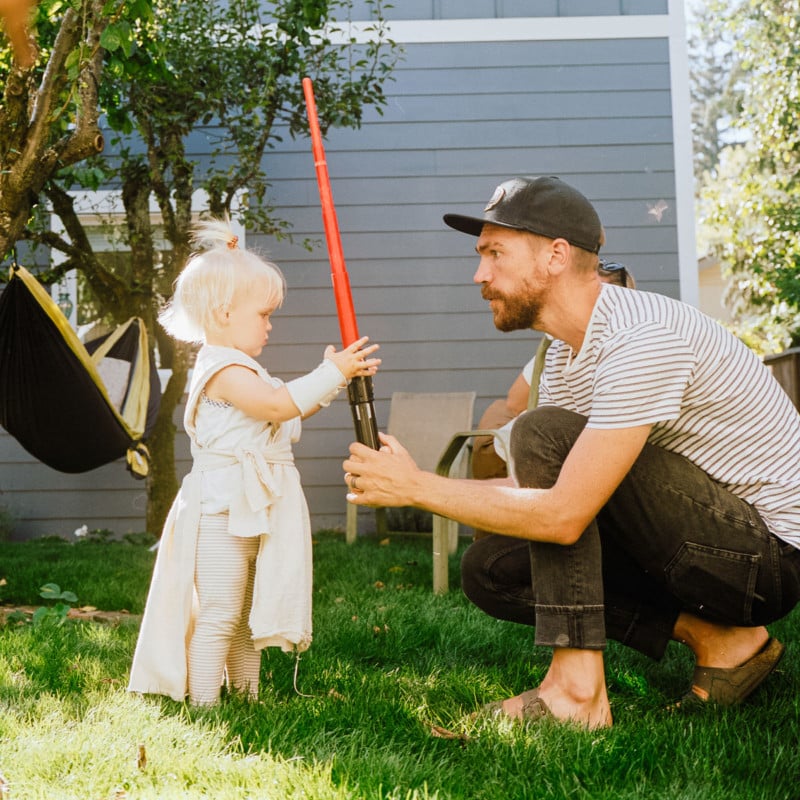 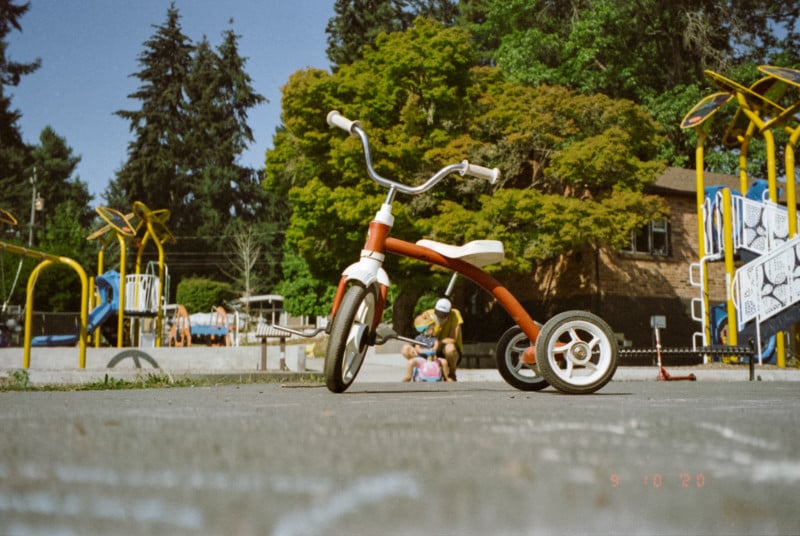 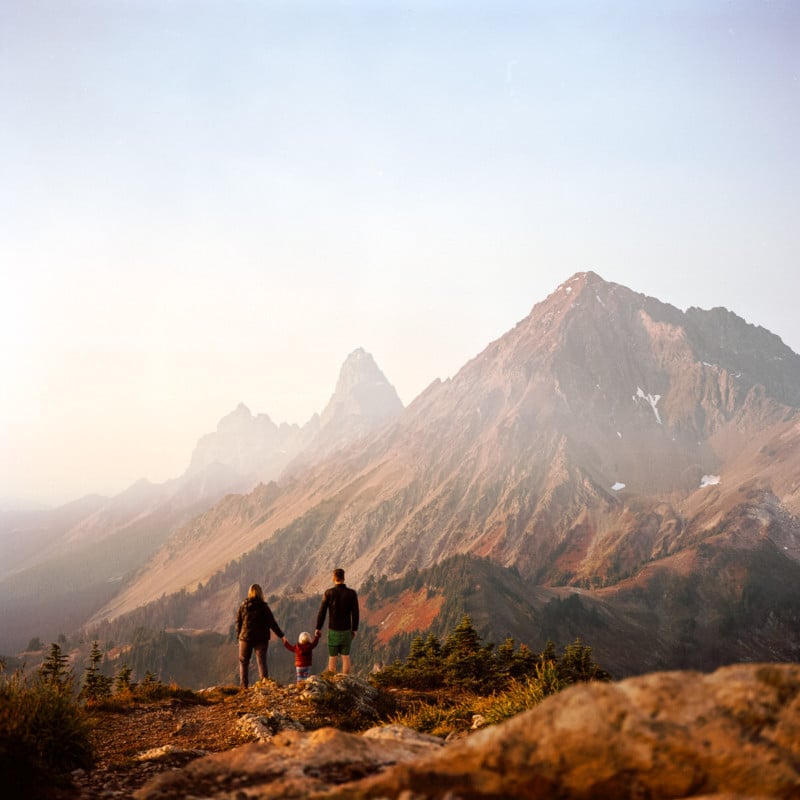 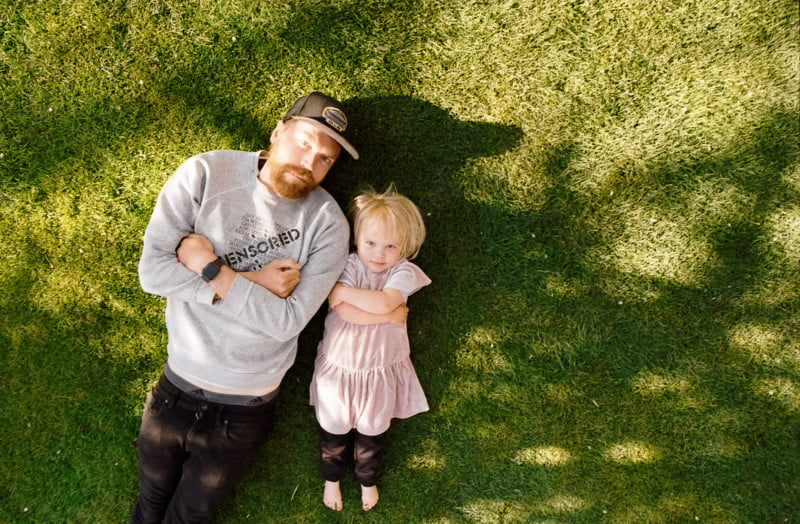 “Now, I try to begin the day by thinking through what we plan to do that day,” Tobiason adds. “If there is a specific activity or moment that I think would be a good image, I just plan to make the image during that moment. That could be as simple as standing in line at Trader Joe’s or more monumental if we are further from home, but either way, it’s more of a documentary moment.” 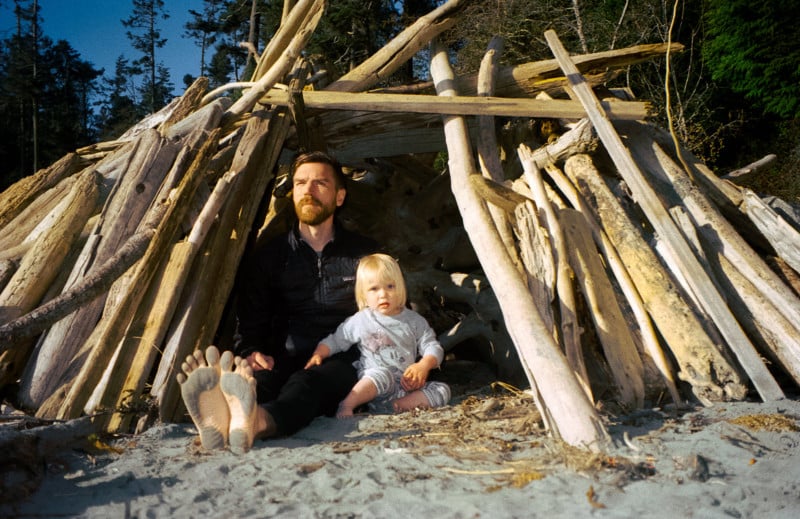 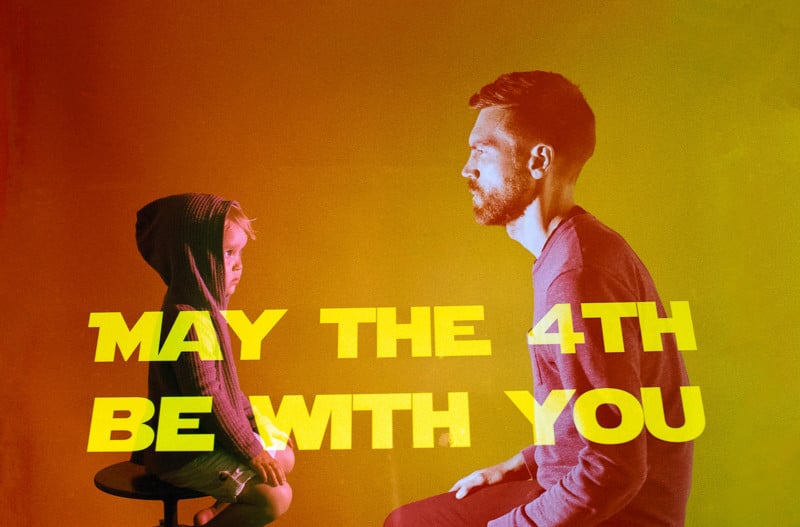 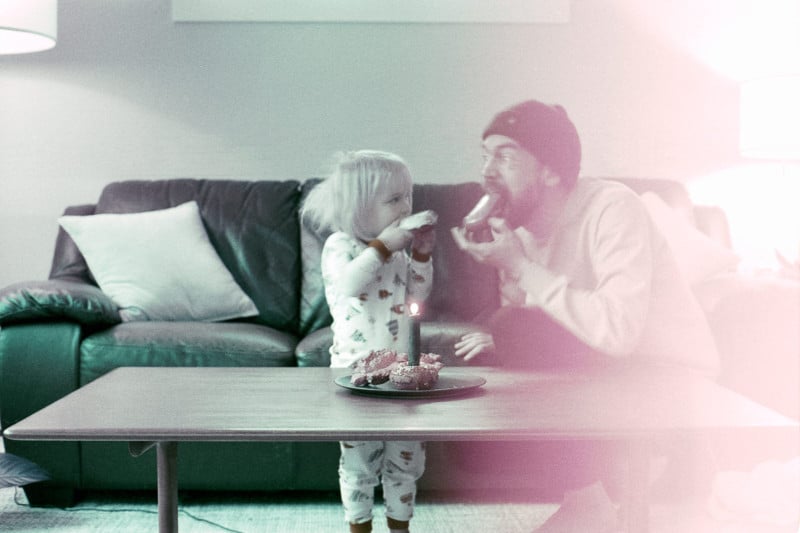 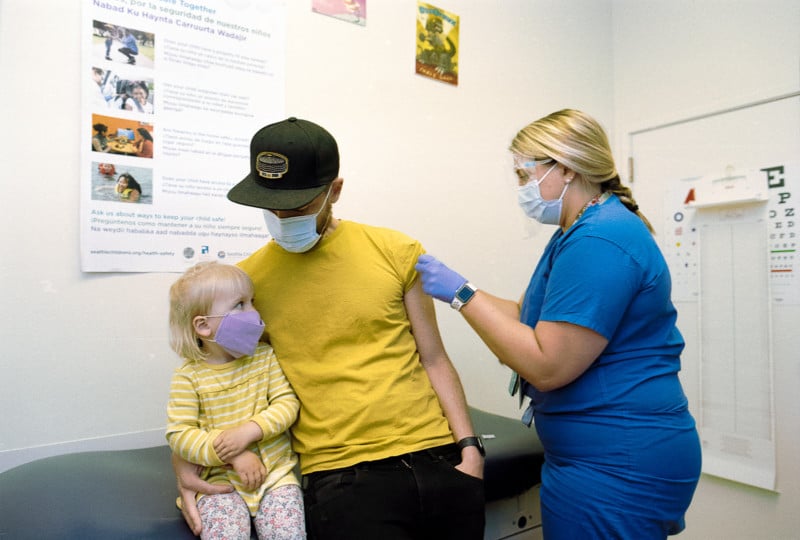 If there are no specific plans for the day, Tobiason tries to come up with a photo that shows a “slice of current life” or pulls an idea from a list in his Notes app where he jots down ideas and inspiration for future shots.

Overall, the project has been manageable because it simply requires one photo a day. If inspiration strikes, Tobiason can spend longer on setting up a shot but if daily family life takes precedence, a simple snapshot can still tell a good story.

“This project requires me to show up every day,” Tobiason says. “In that, it feels like the photography is an extension of my relationship with her. It’s a consistent decision to make images together.”

“It isn’t saying that photography has to take over our relationship,” he continues. “It doesn’t even mean that all the photos are good. In fact, a lot of them are terrible. But, as with the missteps I make in parenting, if I’m learning from them with her, I’m growing. It doesn’t have to be perfect. It’s messy.” 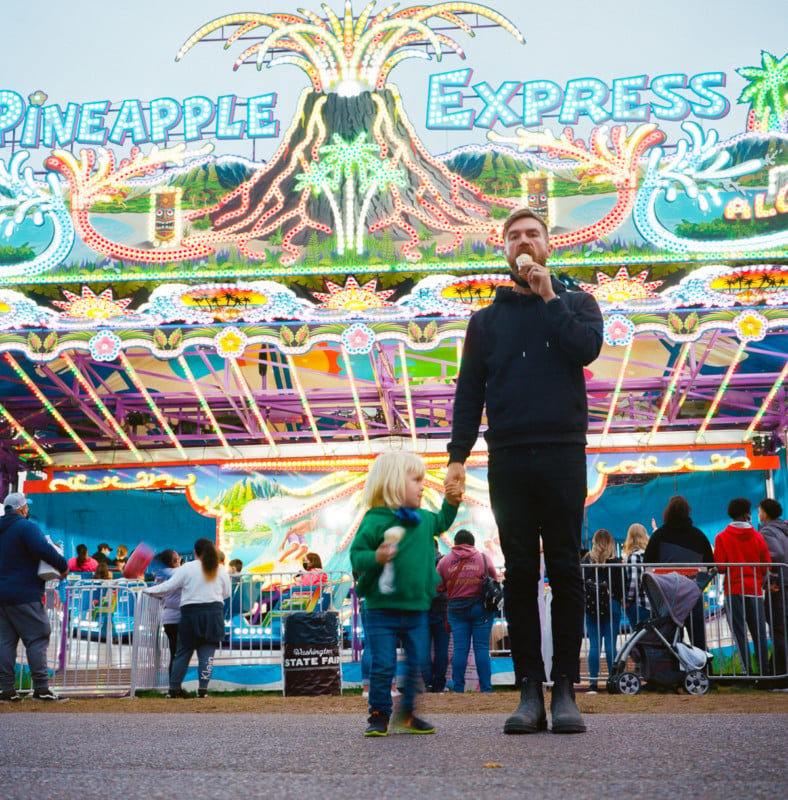 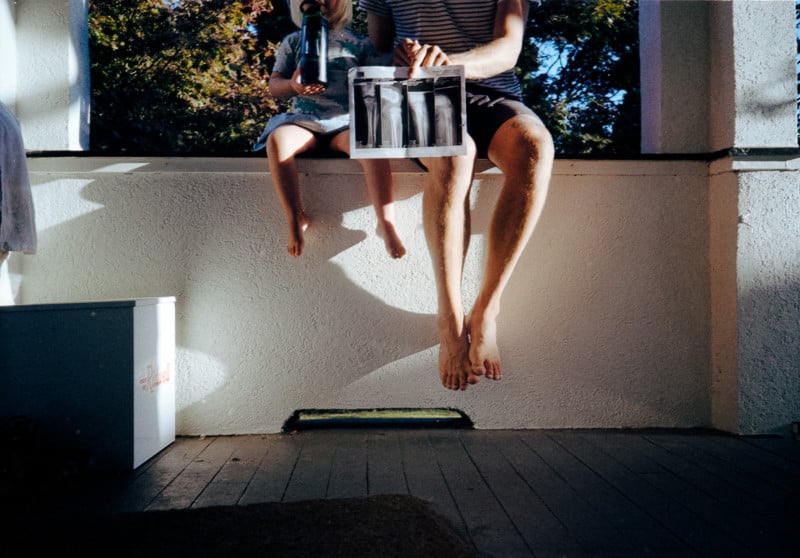 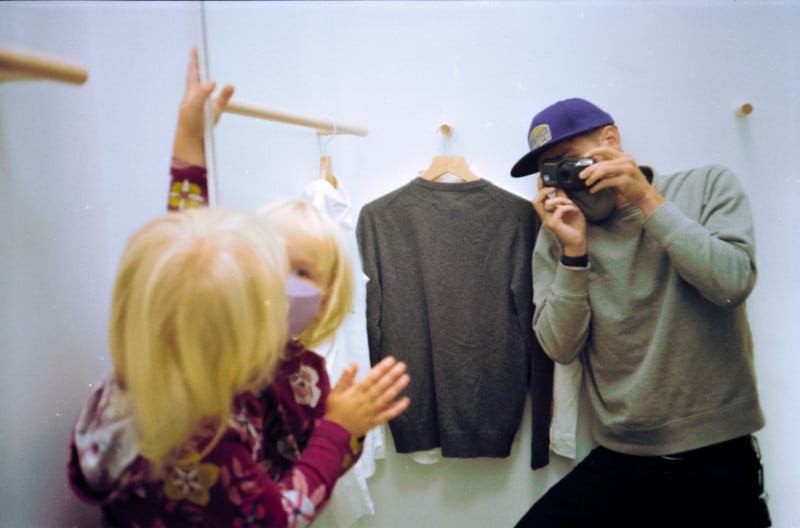 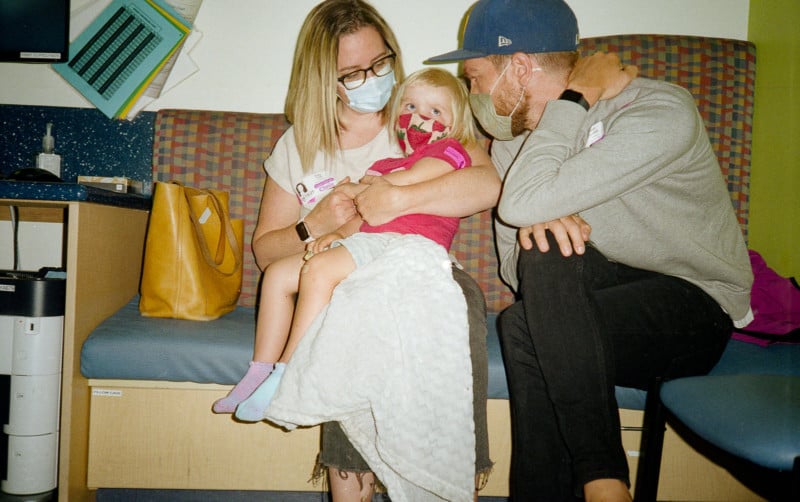 Generally, Lena has enjoyed being part of this project. She may not always agree with every idea but is still keen to participate and is good at holding still and “counting for a 10-second self-timer to click.”

As she’s becoming older and forming her own ideas, she has become a part of the creative side of the project, too. Although Tobiason comes up with most of the themes, whenever Lena comes up with an idea or shows interest, he lets her run with it.

“I have no plans on ending this project,” he says. “We’ll see, maybe I can keep it going until she leaves for college. But, I do plan to split it into chapters of life. I have been calling the first chapter ‘Me and Lena during the quarantine.’ That chapter ended when she started attending preschool. So, I’m somewhere in chapter 2, which I haven’t found a name for yet.” 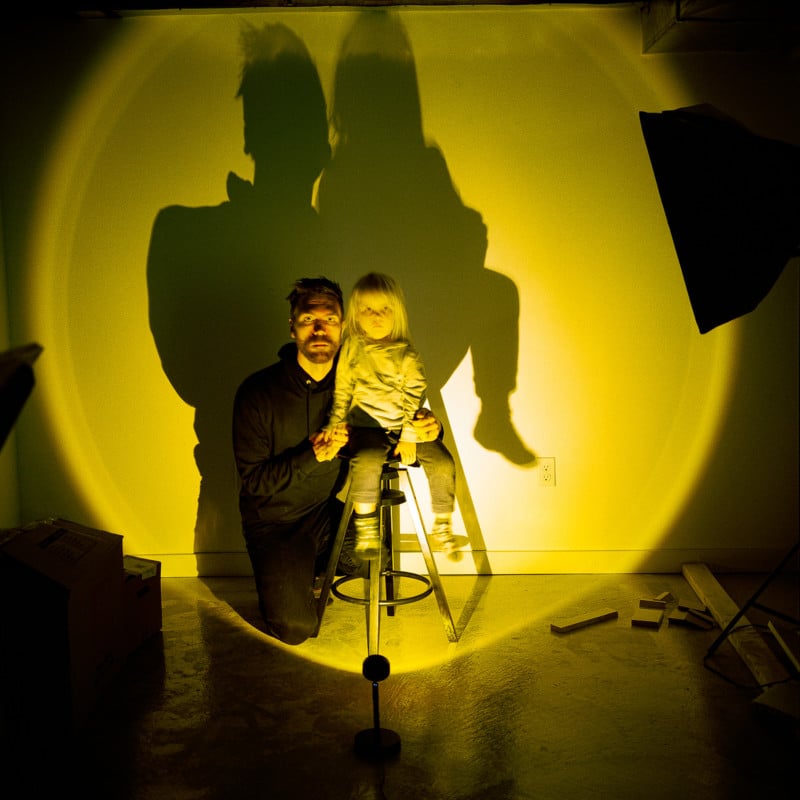 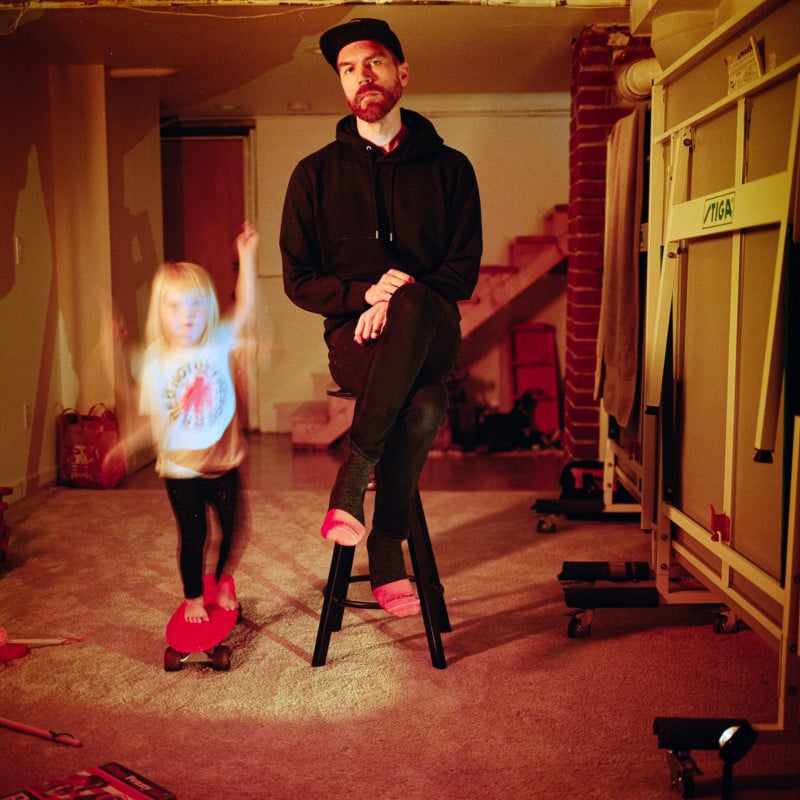 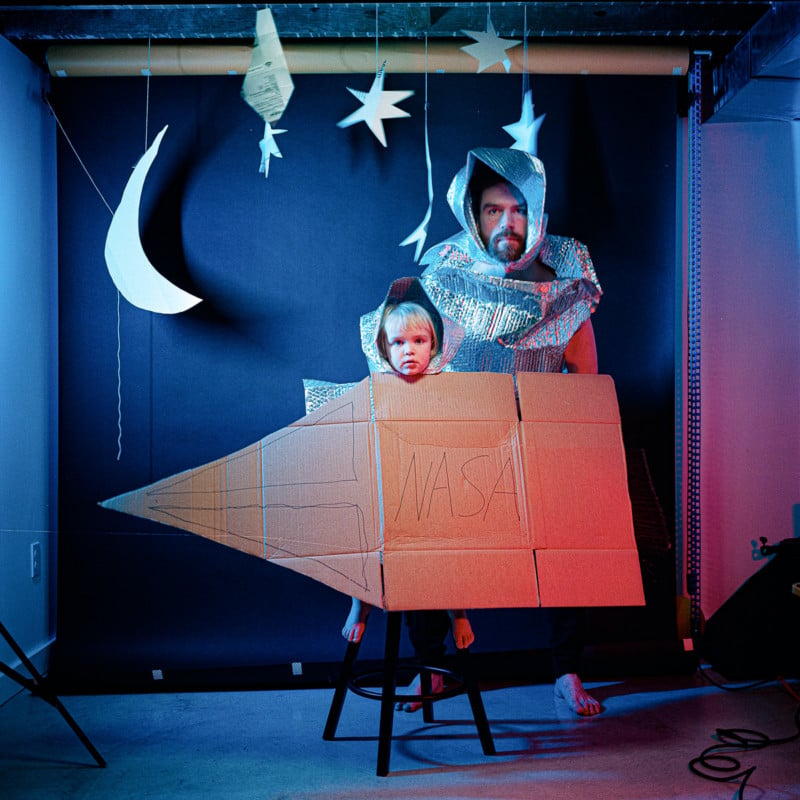 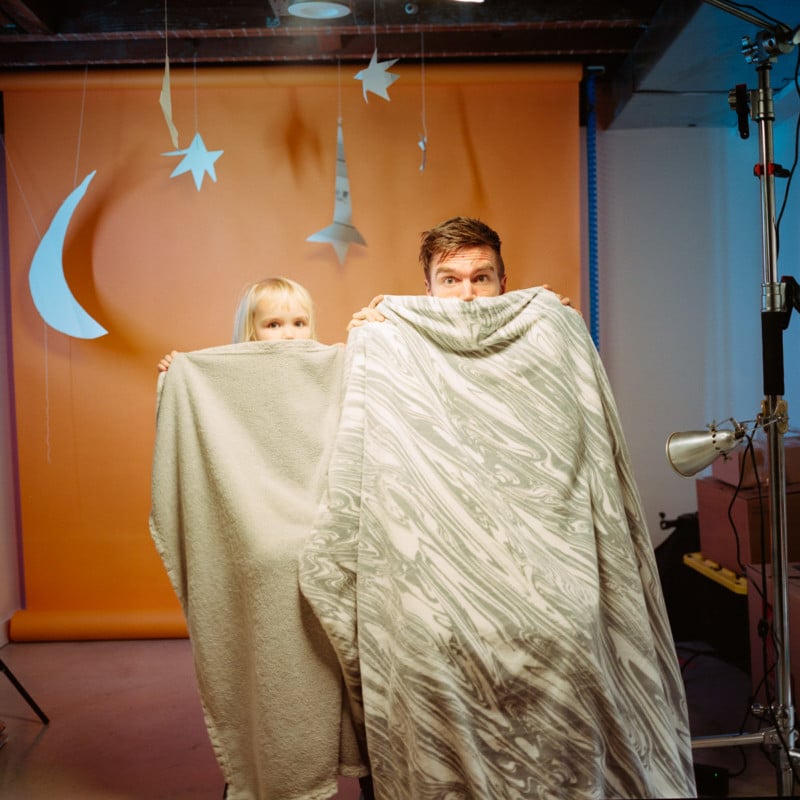 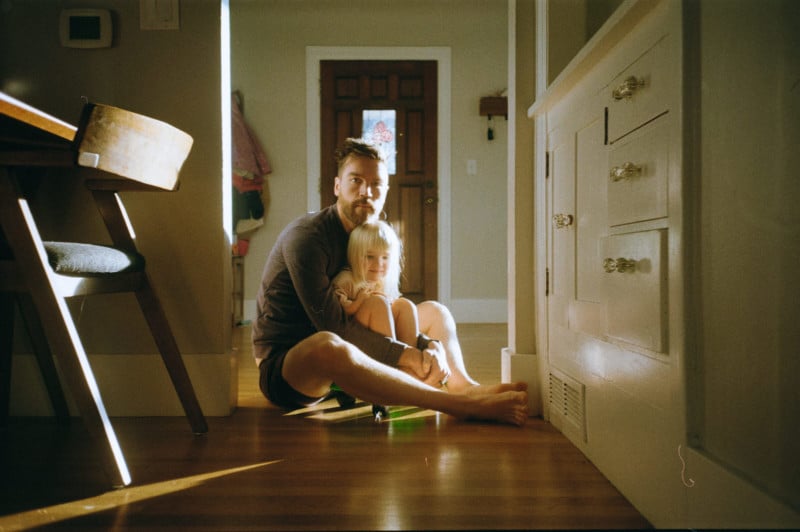 Tobiason hasn’t quite figured out the right way to collate all of the photos yet, either. Some people have suggested making a book but selling a book of photos of himself and his daughter to strangers is something to carefully consider still.

“But, if nothing else, I know she will get to grow old with images of our memories that more than anything, remind her how much I love her.”

A natural conclusion to the current chapter of the project will come this summer when Tobiason and his wife will welcome their second child into the world.

“I don’t know what the project will look like with two main subjects, but it will definitely have a very different feel and be a new creative challenge to document this next era of our family’s life,” Tobiason concludes.