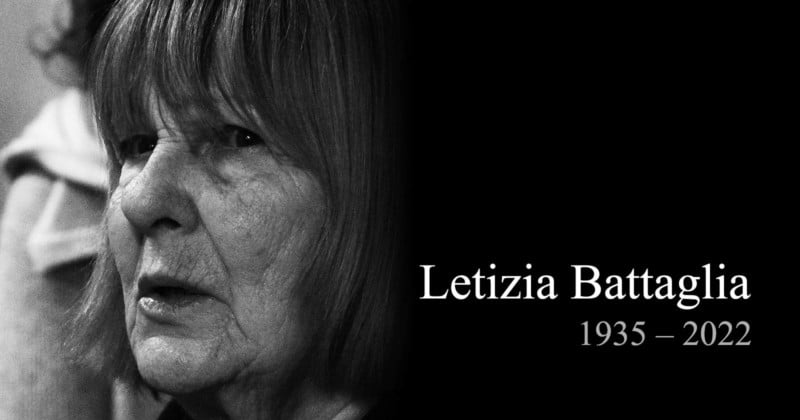 When Italian photographer Letizia Battaglia passed away on April 13, 2022, the biggest shock among those of us who have written about her was that she didn’t die at the hands of the Mafia.


For nearly five decades she fearlessly fought the criminal enterprise. Armed with her 35mm camera, she publicized the Sicilian Mafia’s reign of terror with her photographs of the bullet-riddled bodies of public servants, innocent bystanders and mafiosi. She later worked as a politician and local activist to wrest Palermo’s streets and piazzas from the Mafia’s grip.

Exposing the Mafia’s Culture of Death

Battaglia earned international acclaim for her photographs of Sicily – images that captured the island’s beauty, poverty, spirit and, perhaps most famously, violence.

Her first years working as a photojournalist at Palermo’s daily newspaper, L’Ora, coincided with the first Mafia murders of public figures in the 1970s and the years of the Second Mafia War in the 1980s, which was simply known as “the slaughter.”

The struggle over power and profits pitted the rural clan of Corleone, led by Salvatore Riina, against key clans operating in Palermo, the capital of Sicily. During the conflict, machine gun fire and car bomb explosions became commonplace in Palermo and outlying cities.

The politicians in Rome responded to the national crisis by asking General Carlo Alberto Dalla Chiesa to become the prefect of Palermo. After spending four months restoring order, Dalla Chiesa, his wife, Emanuela Setti Carraro, and police bodyguard Domenico Russo were murdered in a spray of machine-gun fire on September 3, 1982 – what became known as the Via Carini Massacre. Dalla Chiesa’s death, along with hits on police chiefs, public prosecutors and investigators, left honest citizens feeling hopeless and abandoned.

Some days Battaglia would rush from one city to another to photograph several dead bodies – of mafiosi, judges, police, political figures and journalists – “so much blood,” she later recalled.

Mafia murders became so commonplace – some 600 between 1981 and 1983 alone – that she sometimes came upon crime scenes by chance.

Such was the case with her famous photograph of the corpse of Piersanti Mattarella, the former president of the Region of Sicily. On Jan. 6, 1980, while riding in the car with her daughter and fellow photojournalist Franco Zecchin, Battaglia saw a small group of people gathering around a car. She spontaneously snapped shots from the car window, capturing Sergio Mattarella, the current President of Italy, as he attempted to help his brother, who had been shot in an ambush.

Battaglia’s photographs of Mafia violence were published regularly on the front page of L’Ora. She also displayed large format prints of them at pop-up exhibits that she and Zecchin organized in downtown Palermo and local schools.

In doing so, she forced people to face what they had disavowed: that the Mafia existed, and that it killed.

Of course, most Sicilians had been aware of the crime organization’s influence. They watched the public parks become overrun by drug dealers, and tiptoed around used syringes dotting the sandy beaches. Some 80% of Palermo businesses regularly paid the “pizzo,” or money demanded by the Mafia to protect businesses from the Mafia’s own violence.

But Battaglia’s images of bloodshed made it impossible to continue turning a blind eye, and a shift gradually occurred.

Beginning in 1983, an anti-Mafia pool of prosecutors and uncompromised police officers started arresting numerous Mafia members. Over 450 of them were eventually put on trial in the famous Maxi-trial, which began in 1986.

With public confidence in the justice system bolstered, a social, cultural and political revolution took place between 1985 and 1990. Everyday people and new members of the city council started directly confronting the Mafia and working to loosen its grip on the region. It became known as the “Palermo Spring,” and Battaglia was a driving force behind it.

In 1985, she was elected as a council member. Together with the mayor, Leoluca Orlando, who appointed her Commissioner for Gardens and Public Life, Battaglia worked to stop the Mafia’s decadeslong sacking of Palermo. Mafia leaders and their political allies had let schools, historic palazzos and gardens fall into disrepair, with the intent of eventually razing the downtown neighborhoods and making windfall profits in reconstruction.

Battaglia was driven by the conviction that providing all citizens free access to spectacular gardens, parks, beaches and historical sites was essential for creating a culture of respect and appreciation for Palermo and its heritage. Through her projects to make Palermo more beautiful and livable, Battaglia reclaimed Mafia-controlled spaces block by block. She worked with fellow members of the city council on undertakings such as removing abandoned cars, creating a downtown pedestrian mall and restoring public gardens to their original beauty.

On streets and in piazzas controlled by clan bosses, where a glance or wrong word can represent an offense worthy of violent retaliation, Battaglia’s acts directly challenged the bosses. But public support soon coalesced behind Battaglia and her allies.

One instance is especially memorable. After having mountains of garbage hauled away from the beach near Foro Italica near the Kalsa neighborhood, which was famous for its high concentration of powerful mafiosi, she had some benches for enjoying the view bolted into the cement. The next day they were gone.

Journalist Antonio Roccuzzo was with Battaglia. He recalled how she went straight to the neighborhood and shouted, “I know who you are. The benches don’t belong to you. They belong to everyone. If all of you don’t put them back within the hour, I’m going to raise hell!”

An hour later, the benches were bolted back in place.

Keeping an Invisible Mafia in the Public Eye

In 1992 and 1993, a series of bombings took the lives of Judges Giovanni Falcone, renowned architect of the Maxi-trial; Francesca Morvillo, a prosecutor in the juvenile court of Palermo and his wife; and Paolo Borsellino, who had worked closely with Falcone and investigated his murder. Bodyguards and bystanders in Sicily, Rome, Milan and Florence also perished.

With these bombings, known as the “strategy of massacres,” the Mafia attacked the state’s symbols of justice, government, finance and culture. Their goal was to intimidate politicians into weakening laws against organized crime.

However, the violence elicited even more public backlash, and the criminal organization soon adopted the strategy of going underground and quietly carrying on its diversified criminal activities. This shift marked a departure from spectacular bombings, brazen assassinations and shootouts in city streets.

Letizia Battaglia poses in front of one of her photographs in 2016. Eric Cabanis/AFP via Getty Images
Yet the menace of the Mafia still remains. Their murder victims now die mostly by “lupara bianca” – with any trace of their bodies destroyed by fire or acid.

In the absence of visible evidence, Battaglia’s shots documenting Mafia bloodshed and bereavement continue doing the work of keeping the ramifications of Mafia violence in the public eye.

These painful images have also become vehicles for expressing hope. In a project Battaglia began in 2004, known as “Rielaborazioni” – or “Re-elaborations” – she takes the original images of violent deaths and overlays symbols and signs of renewal, often through vibrant female figures. In her reconfiguration of her iconic picture of Falcone at Dalla Chiesa’s funeral in 1982, a youthful woman appears in the foreground, bathed in water spraying from a fountain.

In death, as in life, Battaglia’s impassioned commitment to create beauty and hope in her beloved Palermo survives. You can see it on the streets of a city reborn, and on the faces of its honest, well-meaning citizens.

About the author: Robin Pickering-Iazzi is a professor of French, Italian and Comparative Literature at the University of Wisconsin-Milwaukee. The opinions expressed in this article are solely those of the author. This article was originally published at The Conversation and is being republished under a Creative Commons license.

Image credits: Header portrait by Simone Tagliaferri and licensed under CC BY 2.0