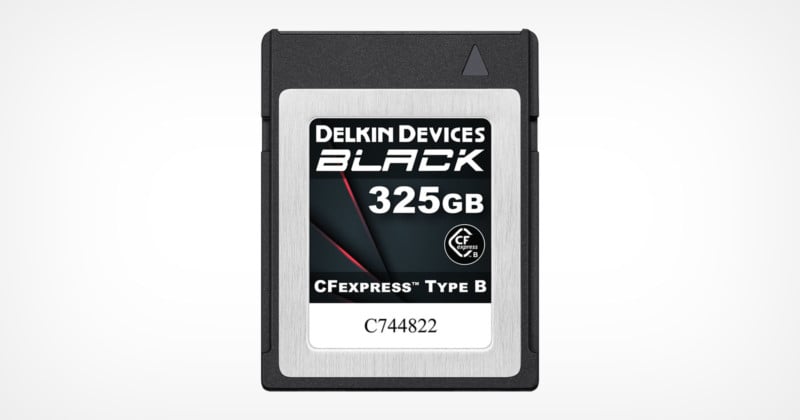 Delkin will launch its Black series CFexpress Type B memory cards later this month, and the new cards come in five capacities and promise blazing-fast peak and sustained transfer speeds.

Delkin claims that its Black cards can write data faster than the Nikon Z9’s stated camera minimums according to its user manual and as such can write lossless RAW photos to the media without hitting the camera’s 79-image buffer and will only stop when the memory card is full. Specifically, Delkin claims that the 325GB capacity card can write 6,661 photos, each of which is 55.1-megabytes in size, before filling the card and will do so without interruption.

“The camera buffer never completly filled during testing, resulting in no stops or lagging,” Delkin says. “[The] entire card can be filled up in one cycle.”

Unlike most CFexpress cards, Delkin doesn’t publish promised read or write speeds on the media itself, but provided PetaPixel with a speed test performed through Crystal Disk Mark 8.0 and HD Tune. 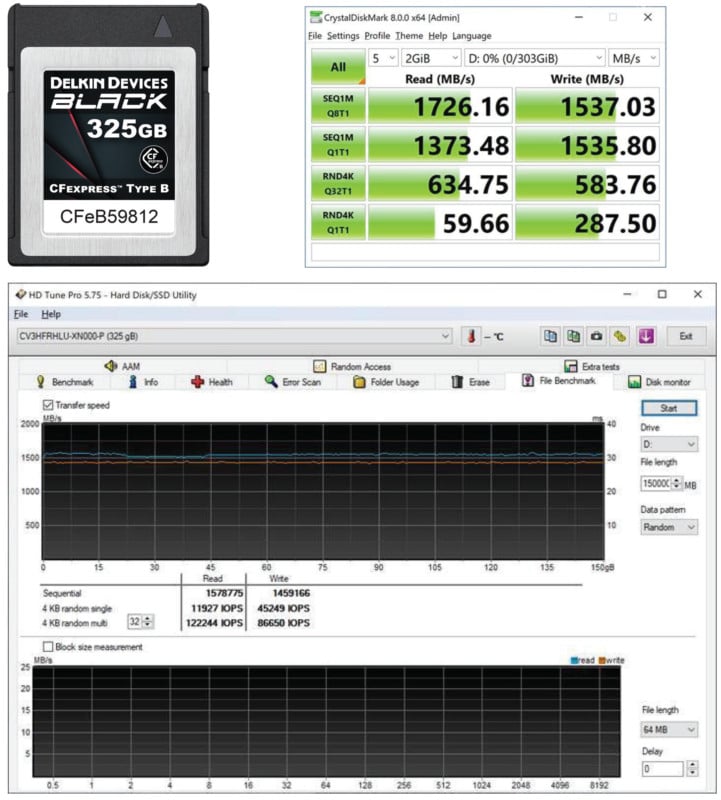 Of note, Angelbird advertises that its cards can sustain over between 1,300 MB/s and 1,550 MB/s, Delkin would have to surpass that to claim that title of fastest. The Delkin Black cards sustained write speeds have not been verified by the Compact Flash Association’s VPG400 certification, although Angelbird’s have not either.

Delkin says the card is designed to resist the elements as well, and is shockproof, waterproof, and X-ray proof and has a temperature operating range of -25 to 85-degrees Celcius (-13 to 185-degrees Fahrenheit).

The company’s new Black series CFexpress Type B cards will come in 75GB, 150Gb, 325GB, 512GB, and 650GB capacities when they arrive at retailers on May 10. Of those capacities, Delkin only provided pricing information on the 325GB card which will retail for $430.