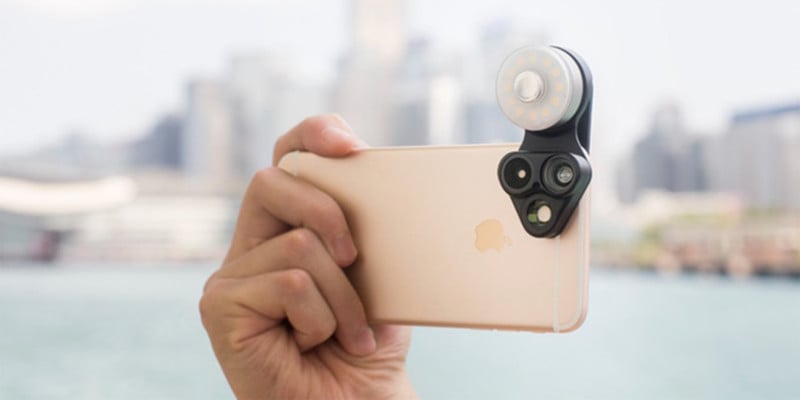 The RevolCam is a new unified smartphone attachment that adds wide angle, macro, and fisheye lenses to the camera along with an adjustable and detachable LED light and mirror. 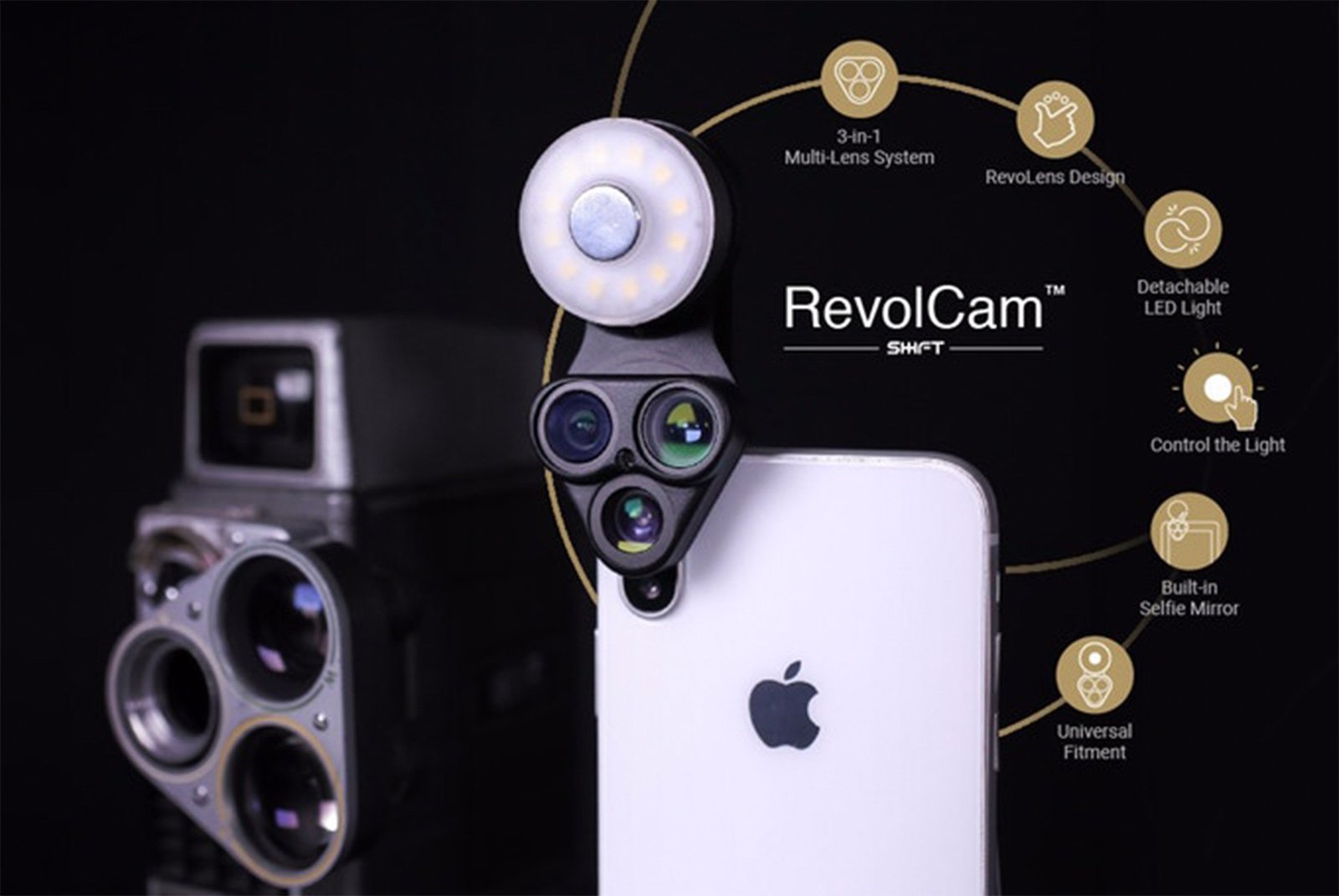 As the name suggests, the RevolCam revolves its axis to allow you to swap the lens easily, without needing to carry each lens attachment separately. Unlike the company’s previous iPhone-specific attachment — ShiftCam — the RevolCam has a universal fit, so it can be used for any smartphone or tablet (in case you’re one of those people who takes photos with a tablet). The attachment also has a handy LED light on top which can be rotated to increase brightness and is recharged via Micro USB. The light can also be removed and has a magnetic backing, so you can fix it to something metallic off-camera. Removing the light exposes a ‘selfie mirror’, which allows the user to more easily take a selfie using the (typically higher resolution) rear camera. Here’s a short video that introduces the RevolCam:

RevolCam is currently in Kickstarter mode but has blown past the funding goal and is planned to ship in November 2017. You can get one of your own by pledging at least $30 plus shipping on the RevolCam Kickstarter page.