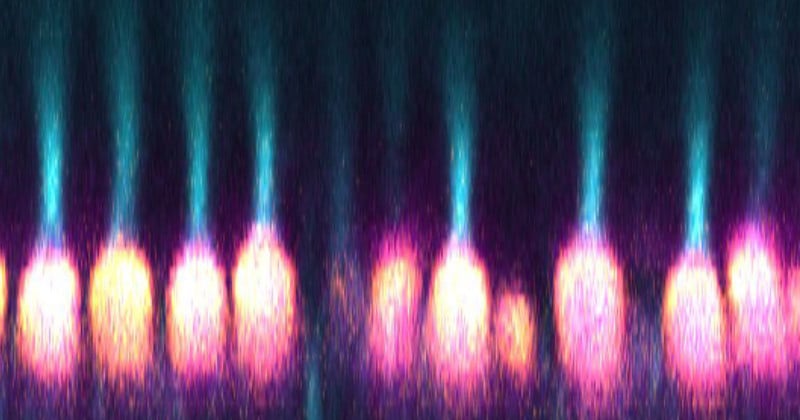 Compound eyes are a common feature in many insects and for years their vision has been treated as very different from that of mammals. A new study, however, may have found that human eyes might be more like an insect’s than previously believed.

In a study published to Science Advances, researchers John Ball, Shan Chen, and Wei Li discovered that mitochondria — often described as the powerhouse of the cell — may have an additional role in mammalian eyes. They appear to serve as microscope lenses that help focus light on the photoreceptor pigments that convert the light into the signals that the brain recognizes as sight, as reported by Quanta Magazine.

“Mitochondria are well known as essential organelles for energy production in eukaryotic cells,” the researchers say. “Although diverse in size, shape, number, and location in different cells and tissues, for most mammalian cells, mitochondria form a reticular network surrounding the nucleus.”

The study found that the photoreceptors of the retina, especially in the cones, have an abundance of tightly-packed mitochondria which are arranged in an elongated bundle in many species including primates and humans.

“Generally, it is assumed that such a high density of mitochondria at this unusual location is optimally situated to supply ample adenosine triphosphate (ATP) to support phototransduction in the cone,” the researchers continue. “However, increasing evidence suggests that photoreceptors rely more on glycolysis than mitochondrial oxidative phosphorylation for their energy needs.”

Since the need for energy is found elsewhere, the researchers looked for an alternative explanation for the precise arrangement of cont mitochondria and found that it may lie in their role in shaping the path of light as it passes to the light-sensitive outer segment.

The researchers were able to directly demonstrate the optical properties of cone mitochondria by looking at a ground squirrel, as it has an abundance of cones in its retina. Ground squirrels have outstanding sight during the day but are nearly blind at night.

As a result of their study, the researchers found that the tight mitochondria bundles played a role in focusing light on the photoreceptors.

“These results indicate that well-aligned mitochondria bring a substantial advantage to… light concentration. Furthermore, separate simulations indicated that this elongated organization was superior for light concentration,” the researchers conclude.

The study draws a surprising parallel between how the compound eyes found in insects and those of mammals and reveals that there may be more hidden levels of complexity behind how vision works than thought before.