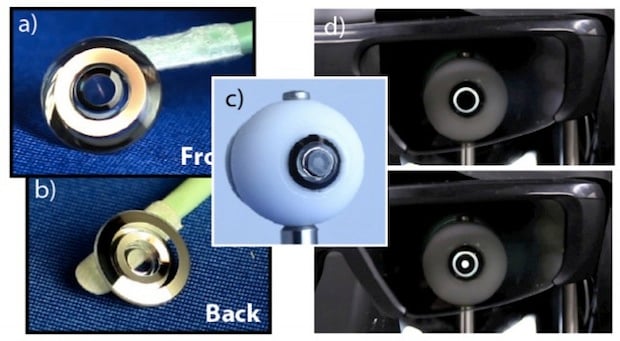 Are you ready for this? An international team of researchers have developed the world’s first telescopic contact lens — a 1.17mm thick pair of contact lenses that, when you want them to, will magnify your vision by 2.8x.

If you feel like this sounds a bit like science fiction (or an April fools joke), you probably aren’t the only one, but this is a legitimate development. Research into this field has existed for some time now, but the results were impractical for one reason or another.

Previous contacts were 4.4mm thick, and another option involved surgery to implant a telescopic lens into your eye, with marginally successful results to boot. This is a contact lens that is thin enough to be worn daily, and the optics are producing better results than anything currently in development. 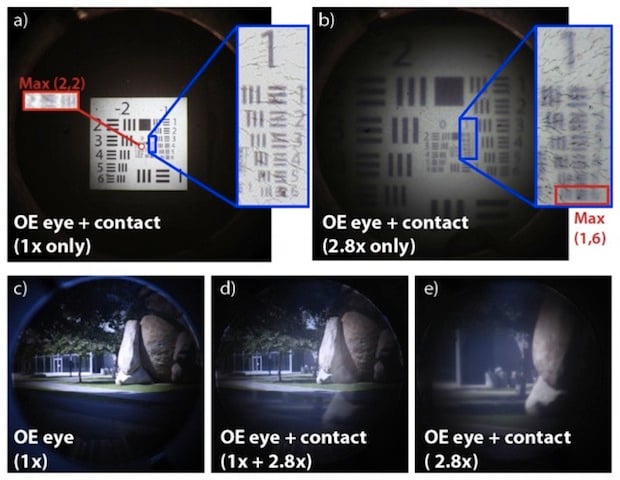 As you might imagine, the optical details behind creating a zoom lens for your eye can get a little hard to understand (you can read all about those here). The gist is that these lenses use patterned aluminium mirrors to reflect the incoming light rays four times, magnifying the resulting image and correcting for chromatic aberrations in the process. The magnified image is then projected onto the edge of your retina.

Each lens comes with a clear portion in the middle that allows light through unaffected, and a telescopic portion on the outside. In order to allow users to choose between magnified and unmagnified sight, they equipped the lenses with a polarizing filter in front of the clear portion, so that switching between the two is as easy as putting on a pair of polarizing 3D glasses. 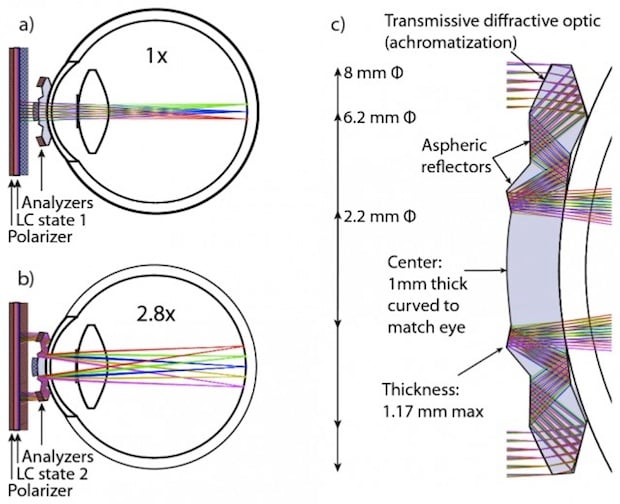 As excited as would-be superheros might be about this breakthrough, the motivation behind it is actually medical. People with age-related macular degeneration (or AMD) suffer from degradation of the high-resolution fovea at the center of the retina. These contacts project a magnified image on the lower-resolution perifovea, greatly enhancing these peoples’ ability to see details like text.

(via ExtremeTech via Boingboing)